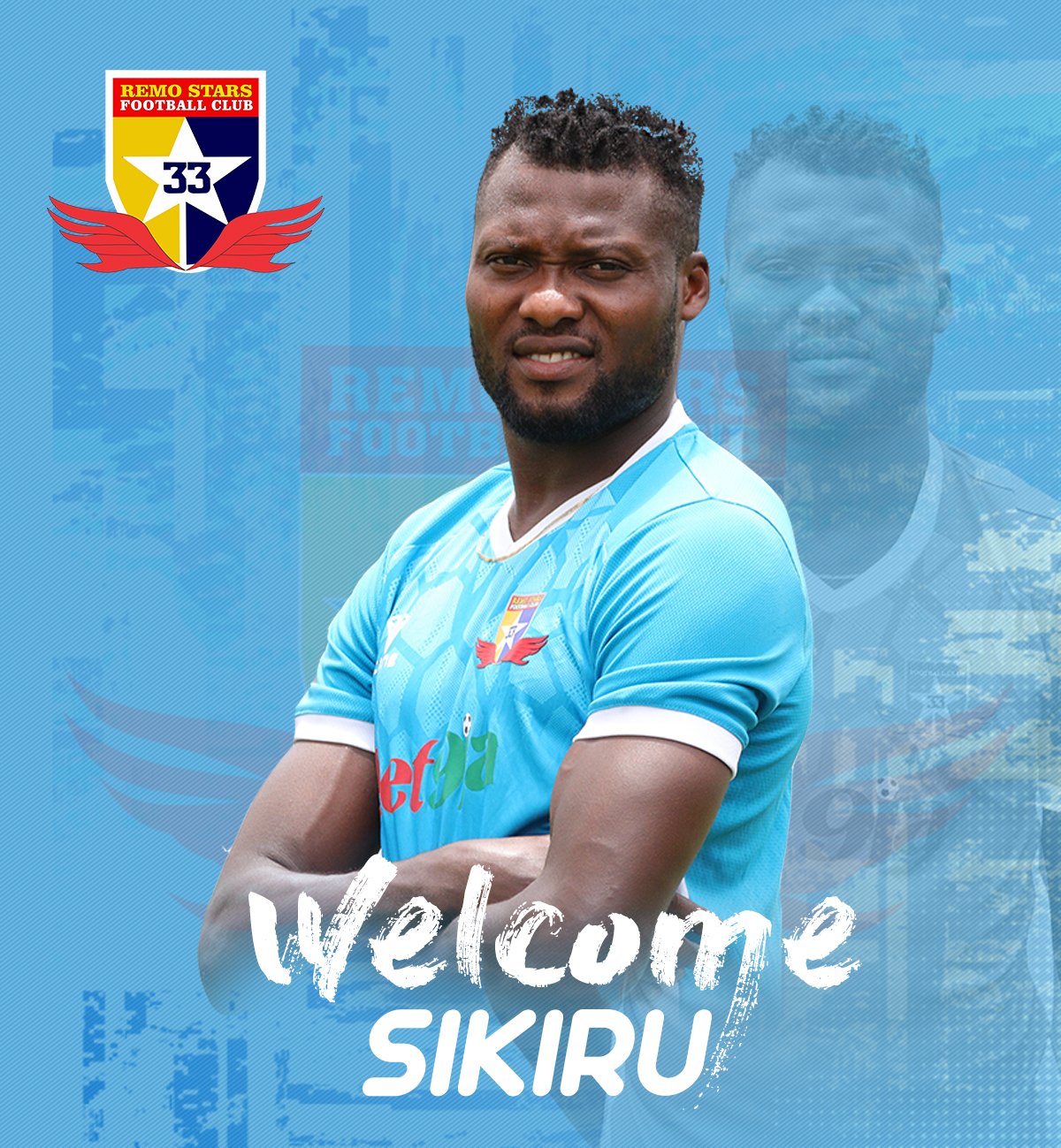 Remo Stars has completed the signing of former Lobi Stars forward Sikiru Alimi ahead of the second stanza of the Nigeria Professional Football League(NPFL).

The Sky Blues who started the 2021-2022 NPFL season on a bright note finished in third place before the mid-season break.

Sikiru returned to the NPFL after he left Lobi Stars to join Stade Tunisien then had a spell with Moroccan club Maghreb De Fes.

Remo Stars in a tweet welcomed the player alongside Alhameen Adegbite.

Head coach Gbenga Ogunbote will now have more choice in his forward as he hope to help the Ikenne-based club to pick a continental ticket.

Sikiru became a free agent after he parted ways with his Moroccan employers Mas Des Fez for terminating his contract unlawfully.