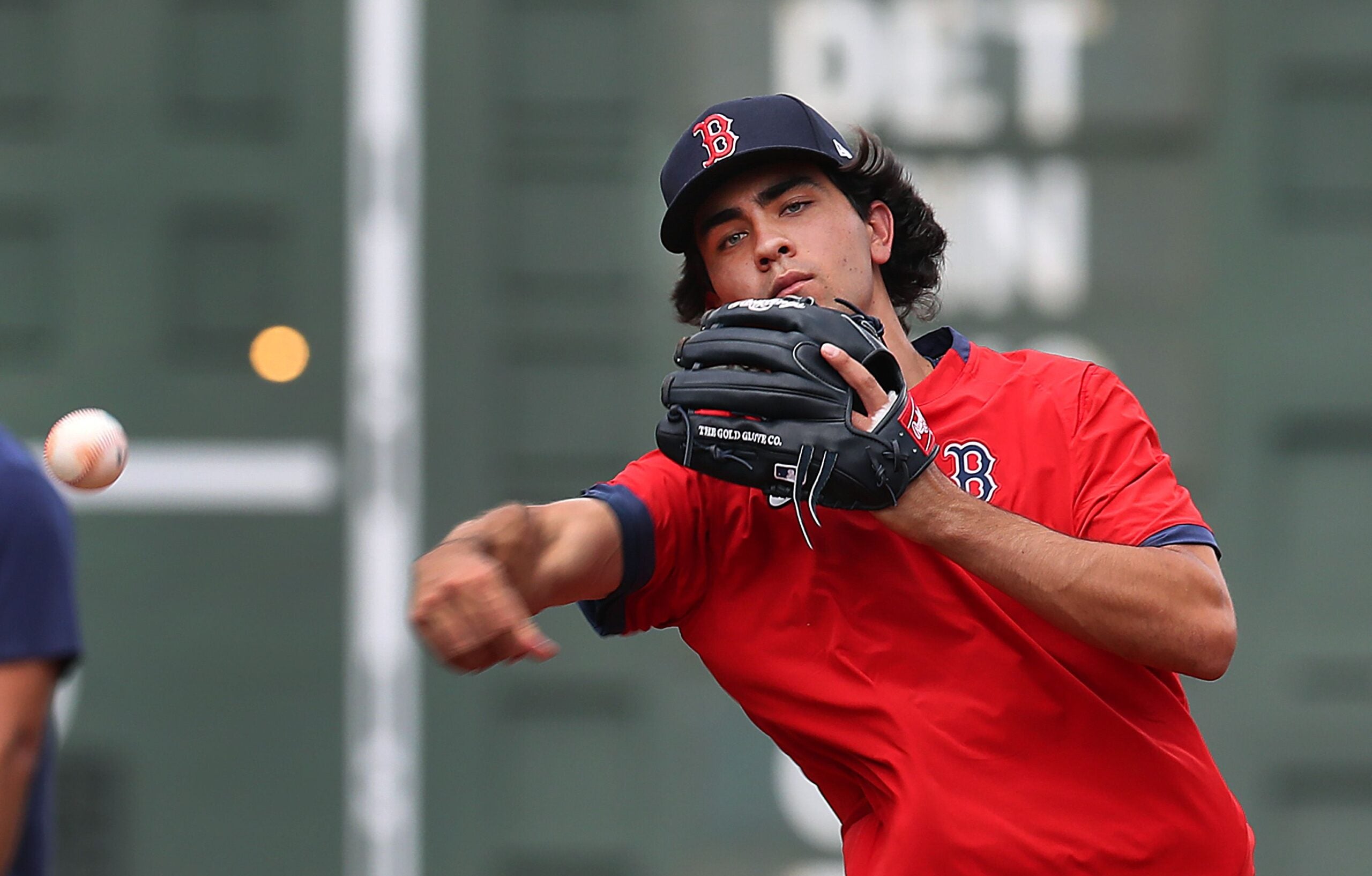 The Red Sox’ farm system has had an exciting week.

Top prospect Marcelo Mayer was promoted from Single-A Salem to High-A Greenville on Monday. The shortstop, who’s ranked as the ninth-best prospect in baseball by MLB.com, had his best performance since the callup on Saturday.

Mayer recorded two singles in his first three at-bats on Saturday, giving him his first multi-hit game in High-A. The left-handed hitting Mayer capped off the night by crushing a pitch off Hickory lefty Robby Ahlstrom to right for a solo home run.

Up until Saturday, Mayer was actually struggling in his first games with Greenville. He was only 1-for-18 at the plate for the Drive before going 3-for-4 on Saturday.

Mayer’s had a nice hitting season, though. He has a .277 batting average over the two leagues, posting a .882 OPS with 10 homers and 42 RBIs. He also has 26 doubles and a triple. Mayer’s also shown off some speed this season as he stole 16 bases with Salem.

Blaze Jordan, the Red Sox’ 2020 third-round pick, was called up to Greenville along with Mayer on Monday. He went 1-for-4 in Greenville’s 6-4 loss to Hickory, kicking in two of those runs with a single. Jordan’s done well at the plate so far with the Drive, hitting .375 with two homers over four games.

Elsewhere in the Red Sox’ farm system, Enmanuel Valdez has shined ever since he joined Triple-A Worcester. Valdez, who was one of the two prospects Boston got from Houston in the Christian Vazquez trade, hit two homers in Worcester’s win over Scranton/Wilkes-Barre on Friday.

The left-handed hitter crushed the first pitch he saw in the game for a solo home run to right. Valdez’s second homer was a three-run shot to right-center. He finished Friday’s game going 4-for-6 with six RBIs.

In nine games with the WooSox, Valdez is hitting .303 and has posted a 1.083 OPS to go along with four homers and 13 RBIs. Valdez has hit well for much of the season. Splitting time between Double-A and Triple-A, Valdez has a .325 batting average with a 1.022 OPS. He’s hit 25 homers and 27 doubles to go along with 90 RBIs over 91 games this season.

Triston Casas has also had a solid week at the plate with Triple-A Worcester. The Red Sox’ No. 2 ranked prospect has a .357 batting average and a 1.214 OPS over the last week, adding a home run and two doubles over 18 plate appearances.