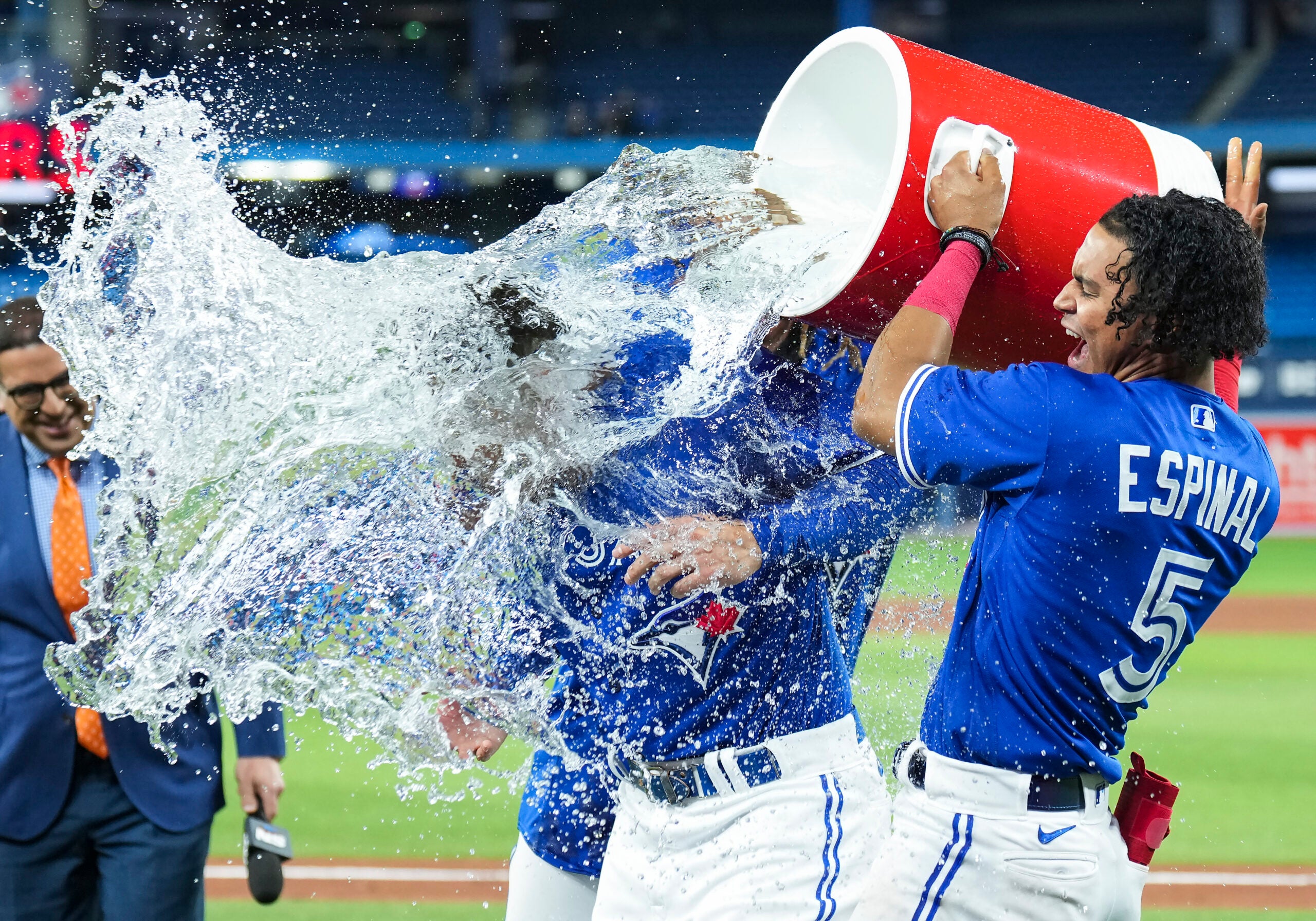 The Red Sox continued to stumble out of the gate on Tuesday in a 6-5 extra-inning loss to the Blue Jays.

Once again, they found a dramatic way to do it — aided by Blue Jays outfielder George Springer.

In the top of the eighth inning, the Red Sox scored four runs to turn a 2-1 deficit into a 5-2 lead — a run highlighted by Trevor Story’s rocket of a double that looked like it might leave the park. The Red Sox appeared to be on the verge of snapping their losing streak.

In the bottom of the ninth, however, Jake Diekman gave up back-to-back doubles to start the frame. Then Springer launched a fastball into the left-center field seats — a two-run shot that tied the game at 5-5 and forced extra innings.

In the 10th, the Red Sox couldn’t push Story — the automatic runner — around to score. The Blue Jays, meanwhile, loaded the bases on back-to-back walks by Matt Barnes. After Barnes struck a batter out and was replaced by Matt Strahm, Raimel Taipa lofted the game-winning sacrifice fly into left.

Tuesday’s defeat comes on the heels of Saturday’s heart-breaker, when the Red Sox snapped a no-hitter by the Rays and scored two runs in the 10th inning, only to lose later in the frame when Kevin Keirmaier homered.

The Red Sox are now 7-11 and already trail the Rays by five games in the AL East standings.