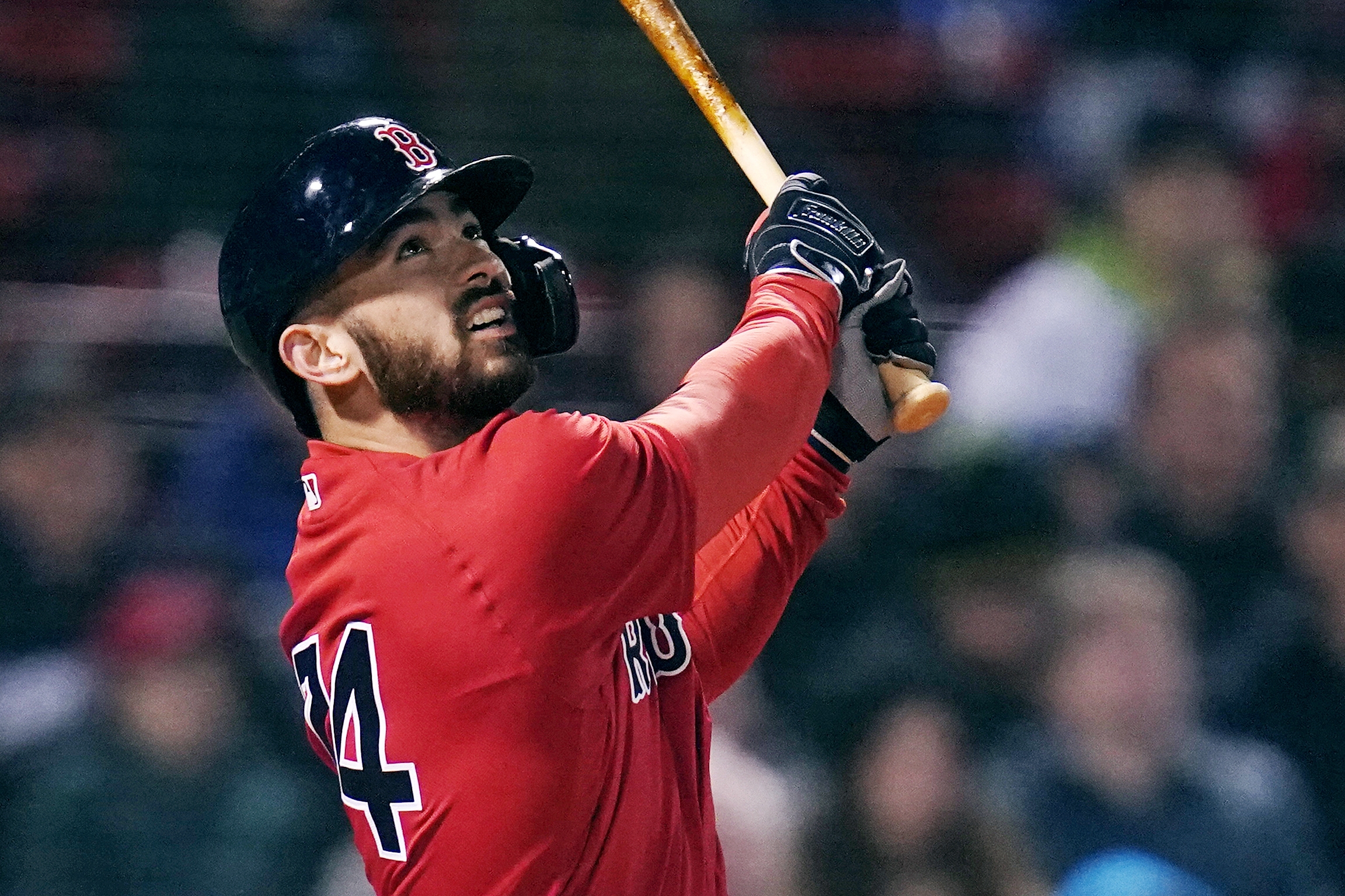 BOSTON (AP) — Connor Wong drove in the tiebreaking run with a sacrifice fly in the seventh inning and the Boston Red Sox beat the Toronto Blue Jays 2-1 on Tuesday night despite getting held to three hits.

“We will be better. We want more than two runs, obviously, but today it was enough to win the game.”

Kiké Hernández and Trevor Story had back-to-back doubles in the third for Boston.

Wong was called up from the minors Monday to replace catcher Kevin Plawecki, who went on the COVID-19 injured list.

“I think it’s a good opportunity, but the main objective is just to win, win as many games as we can, and while I’m here that’s what I’m going to do,” Wong said. “If I perform well and we win, it’s even better.”

Batting ninth and facing right-hander Yimi Garcia (0-1), Wong lofted a fly ball to right field that scored Bobby Dalbec, who opened the inning by reaching on an error by shortstop Bo Bichette.

It was Bichette’s second error of the game, his first two this season.

Collins’ home run leading off the second gave Toronto an early lead. Boston tied it the next inning on doubles by Hernández and Story off Yusei Kikuchi.

Hansel Robles (1-0) threw 1 2/3 hitless innings in relief for the win. Garrett Whitlock pitched a perfect ninth for his first save of the season.

Kikuchi went five innings, giving up one run on three hits with three walks and a strikeout. Eovaldi was lifted with two outs in the fifth. He allowed a run on seven hits with six strikeouts.

Blue Jays: RHP Nate Pearson, sidelined with mononucleosis, threw 36 pitches over two simulated innings in a bullpen session at Toronto’s spring training complex as the Blue Jays stretch him out to be a starter. He is expected to return by the middle of May. … LHP Hyun Jin Ryu, on the injured list with left forearm inflammation, Teoscar Hernandez (left oblique strain) and C Danny Jansen (left oblique strain) all stayed in Toronto to continue their rehab programs. … RHP Julian Merryweather is experiencing right knee discomfort. He will continue to pitch but will wear a knee brace.

Red Sox: Boston added C Christian Vazquez and INF Jonathan Arauz to the COVID-19 injured list. RHP Tyler Danish and OF Rob Refsnyder were called up to take their spots on the roster.

Red Sox LHP Rich Hill, whose father died Friday, was placed on the bereavement list. C Ronaldo Hernandez was called up to replace Hill on the roster.

Blue Jays: Although RHP Jose Berrios (0-0, 11.81 ERA) is without a decision, Toronto has won each of his first two starts. In seven career games against the Red Sox, he is 0-5 with a 4.43 ERA. In three career games at Fenway Park, he is 0-3 with a 7.31 ERA. His lone appearance against Boston while with the Blue Jays came last Aug. 7 in Toronto, when he went six innings, allowing one run with six strikeouts and no walks.