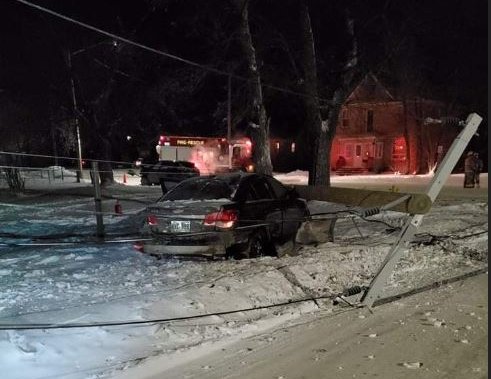 RCMP has laid impaired driving charges after a 19-year-old man smashed into another vehicle and then a hydro pole in Portage la Prairie Thursday night.

Police were called to the intersection of 3rd Street NE and 6th Avenue NE just before 10:30 p.m.

It was determined the driver fled the scene on foot after hitting the pole. He was arrested soon after at a nearby residence and after a breath sample was taken, police say he was found to be over the legal limit.

Nobody was injured in the incident.