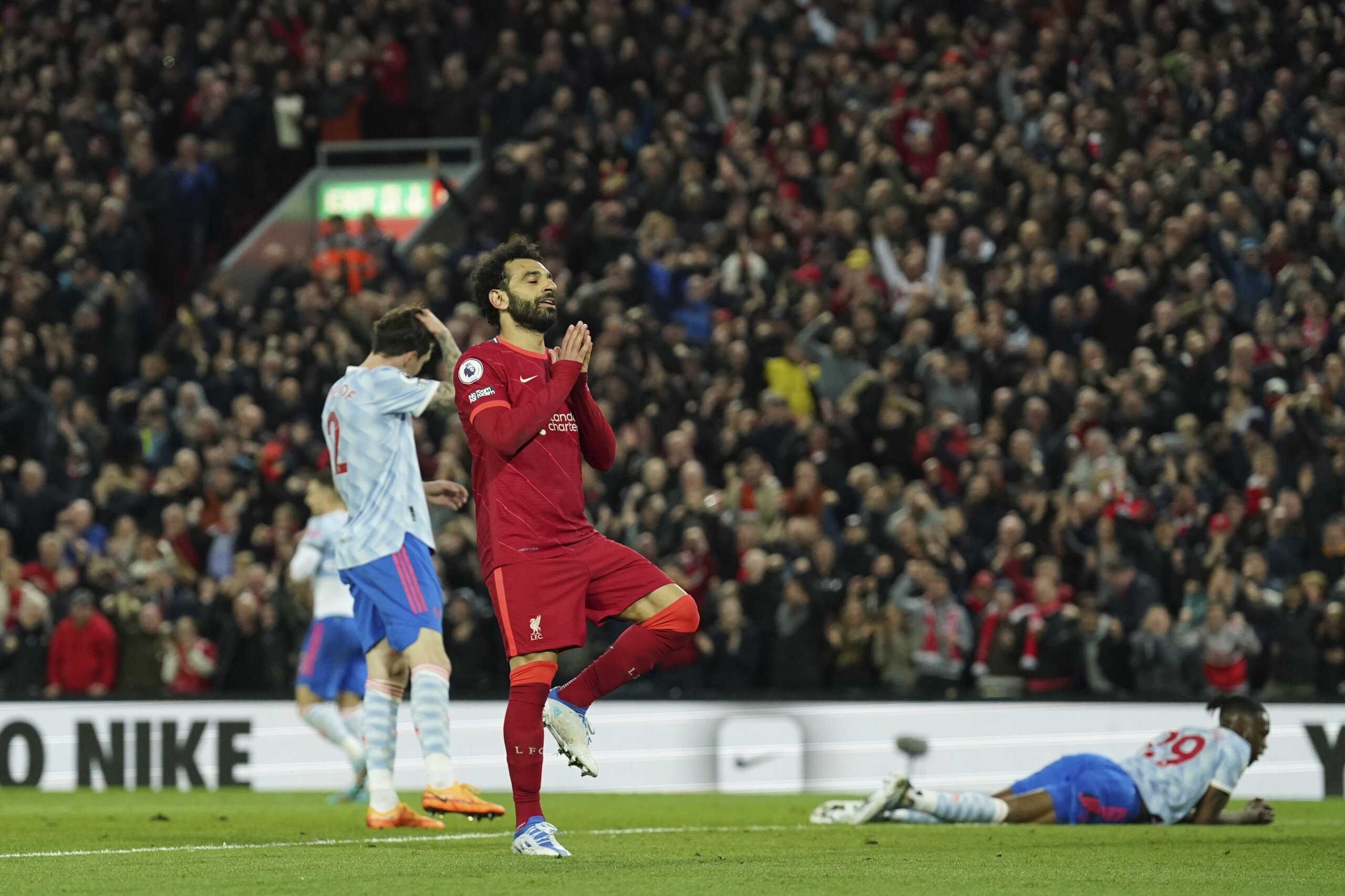 LIVERPOOL, England (AP) — The remaining Manchester United fans inside Anfield were chanting for the club’s owners to sell up…

LIVERPOOL, England (AP) — The remaining Manchester United fans inside Anfield were chanting for the club’s owners to sell up when the coaches and players were already back inside analyzing their failings in a 4-0 humiliation by Liverpool.

It was a moment, before facing the media, for introspection and self-criticism by interim manager Ralf Rangnick and midfielder Bruno Fernandes at the home of their club’s fiercest rival.

“What I tell them in the locker room stays there, obviously,” Rangnick said, before offering a flavor of the damning assessment. “We were just not up to it in the first half. We didn’t win a single second ball. In most of the first ball situations we were just spectators. We were onlookers.

Coming from the temporary coach who is set to move into a consultancy role at the end of the season, it painted a bleak picture of what expected incoming manager Erik ten Hag will find at Old Trafford.

Not that United’s malaise will be hard for the Dutchman to detect from his vantage point at Ajax. The combined 9-0 tally in losses to Liverpool in this season’s pair of Premier League games has exposed the team’s shortcomings with Ole Gunnar Solskjær and, now, Rangnick at the helm.

Or course, the coaching credentials of both Solskjær and Rangnick can be debated, given their limited top-level experience before being hired by United. The suitability of distant owners can be questioned, too, especially as they appear to show little affection toward the club beyond its ability to make them money.

“Any owner should analyze the situation,” Rangnick said. “It’s not that difficult to analyze. The team needs a rebuild.”

Paul Pogba, Edinson Cavani, Jesse Lingard and Juan Mata are among the players out of contract. Up to 10 new players could be required next season, and there’s the signing of Ten Hag from Ajax that is yet to be completed.

How, though, can United be no closer to winning the title when more than $1 billion has been spent on players since Alex Ferguson retired in 2013 after winning the club’s record 20th English title?

“If you cannot get hold of the ball, if you cannot put at least a little bit of pressure on the ball against a team like Liverpool,” Rangnick said. “We just didn’t attack them. We didn’t dare to attack them. It almost looked as if they were afraid to be outplayed, but again, in the second half, this was better.”

That assessment was despite United conceding twice in the second half, just as it did before the break. Mohamed Salah scored two goals, and Luis Díaz and Sadio Mane also scored for Liverpool.

“For us it is extremely embarrassing and as a coaching staff to have press conferences like the one we have right now,” Rangnick said. “But, we just have to admit they are better than us.”

Rangnick attributed Liverpool’s recent success to the time Jurgen Klopp was given to reshape the squad from his hiring in 2015 to winning the Premier League in 2020, including Champions League glory in 2019. United hasn’t won a trophy since the 2017 Europa League title under Jose Mourinho.

“I’m not blaming anyone — not my players nor anybody else — but we just have to realise what kind of squad they had available,” Rangnick said of Liverpool. “This just shows what quality squad and team they have built together, working together with Jurgen and his team the last six years.

United is running on empty.