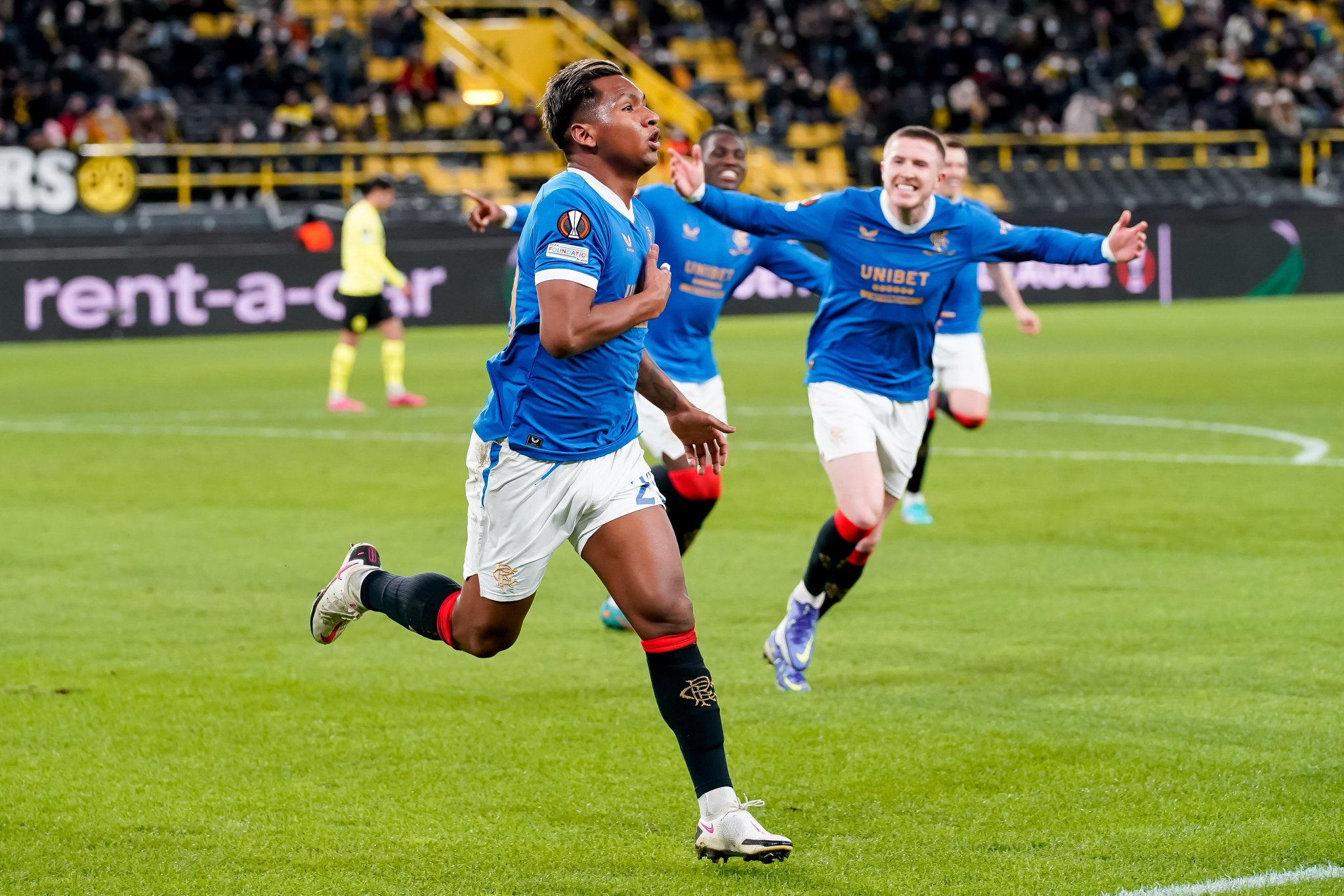 The first leg of the Europe League play-off took centre in various venues across Europe on Thursday night.

A total of 29 goals was scored in the eight games played with Rangers getting a massive away win advantage.

Moldovan side, Sheriff continued their impressive debut in Europe top elite club football with a win.

Here is the round up of all games played in the first leg .

Europa League specialists Sevilla showed once again that they are a force to be reckoned with in this competition as two goals in as many minutes put them in charge of the tie.

The game was level after Mislav Oršić cancelled out Sevilla captain Ivan Rakitić’s penalty, but rapid goals from Lucas Ocampos and Anthony Martial – his first for the club – sewed up the win for the six-time champions.

Key stat: Sevilla scored three goals in the first half of a game in European competition for the first time since November 2019 against Dudelange.

Berat Djimsiti had a night to remember as the Italian outfit came from behind the eke out a first-leg advantage. The Albanian international was forced into action after Tiquinho Soares curled in a beautiful opener for the Greek side, who looked comfortable before the interval.

That all changed in the second half when Djimisiti glanced in the equaliser from Ruslan Malinovskyi’s inswinging delivery on 61 minutes, and he then drove in the second like a seasoned striker moments later to complete the turnaround.

Key stat: Djimsiti had never scored twice in a match before tonight, when he achieved the feat in less than three minutes.

Emil Forsberg came off the bench to save Leipzig from defeat after Real Sociedad twice took the lead in Germany. Robin Le Normand had put the visitors in front early in the first half before Christopher Nkunku’s guided header levelled things up at the break.

La Real captain Mikel Oyarzabal made it 2-1 from the penalty spot, but the Spanish side could not hold on. Substitute Dominik Szoboszlai was fouled in the penalty area with eight minutes remaining and Forsberg took responsibility to even up the tie.

Key stat: Nkunku has now scored eight goals in seven European games this season – seven in the UEFA Champions League and one in the Europa League.

Toni Martínez scored twice as Porto came from behind to beat Lazio. The away side took the lead with their first shot, Mattia Zaccagni cleverly flicking in at the near post as the hosts were caught out by a short corner.

However, Toni Martínez converted crosses from João Mário either side of the break – one a fine header and the other a smart finish – as Porto secured a first-leg success.

Ferran Torres had an evening of mixed fortunes as Xavi Hernández’s men were held by their Italian guests. Napoli were always dangerous on the counter and took the lead in the 29th minute when Piotr Zieliński drilled in at the second attempt, moments after Ferran Torres had spurned a guild-edged chance at the other end.

The striker made amends when he coolly converted a penalty just shy of the hour mark but then passed up two more glorious opportunities as Barcelona laid siege to the Partenopei’s goal in the latter stages.

Key stat: The Catalan club have not scored more than once in any of their last ten UEFA club competition matches.

All five goals came in a thrilling first half as Betis hold the advantage over Zenit. The home side, playing their first competitive game in more than two months, made a sluggish start and Guido Rodríguez headed the visitors in front before Willian José was allowed space to run into and double the lead.

But Zenit hit back through Artem Dyzuba’s powerful header before Malcom levelled, only for Andrés Guardado to restore the lead after the hosts played themselves into trouble. The second half lacked the intensity of the first but the Russian side came close to an equaliser when Daler Kuzyayev rattled the crossbar.

Key stat: Having not lost any of their first 23 home Europa League matches, Zenit have now been defeated in their last two.

The Scottish side shocked Dortmund with an incredible win in Germany as two goals in either half gave them a good lead to take into next week’s return. James Tavernier’s penalty put the visitors in front before Alfredo Morelos tapped in a second shortly after.

John Lundstram’s spectacular effort was matched in quality by Jude Bellingham as he pulled one back almost immediately but Dan-Axel Zagadou’s own goal then made it 4-1, with Raphaël Guerreiro’s long-range strike at least giving Dortmund something to cling on to in Glasgow.

Key stat: This was the first time Dortmund had lost to a Scottish team in a home game and they now have just one victory in nine attempts against Rangers.

Sheriff took charge of the tie as a goal in each half saw off Braga. The Moldovan side saw a Momo Yansané goal ruled out for offside but they were then awarded a penalty for handball instead – converted by Sébastien Thill.

A mistake from Bruno Rodrigues late on then let in Adama Traore, who raced clear to slot his seventh goal in Europe this season and leave the Portuguese side with it all to do next week.

Key stat: This was Sheriff’s 15th European match this season and this is the furthest a side from Moldova has ventured in UEFA club competition.