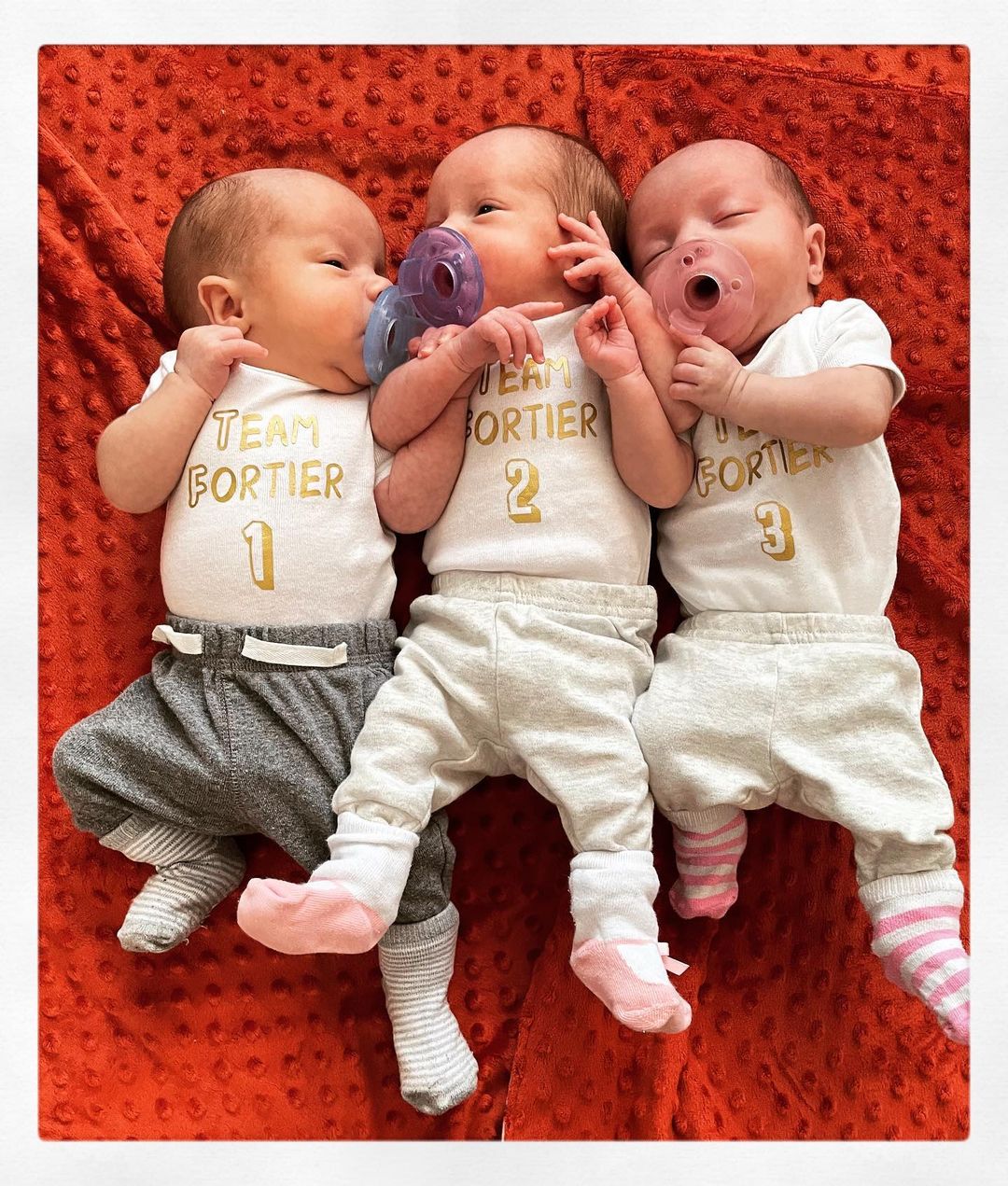 Nykia Rossignol gave birth to triplets – Ellie, Jake and Mila – on Nov. 29. Ellie and Jake weighed just over three pounds at birth, and Mila was just over two pounds.

Three weeks later, Rossignol tested positive for COVID-19, and so did the triplets. They were, for the most part, asymptomatic.

“It was really hard,” said Laurence Fortier, Rossignol’s partner. “We lived a hard time at that moment. And it was stressing. We don’t know how the babies, how it’s gonna turn, just because it’s COVID and we never know.”

Fortier and Rossignol say it’s been more than a year since they’ve seen anyone, except for hospital visits.

“They were moody, they were tired,” recounted Fortier. “It was very stressful for us. But we can see the light, like the sunny days coming.”

Children, teenagers, and newborns are among the rising number of Canadians being hospitalized with COVID-19 as the highly transmissible Omicron variant spreads across the country.

“I think that everybody (can) just be very thankful that these triplets are all recovering nicely, and it doesn’t appear to have been a severe case or have any complications,” said Dr. Jesse Papenburg, a pediatric infectious disease specialist at the Montreal Children’s Hospital.

“And we know though that prematurity in general is a risk factor for severe disease in many respiratory viral infections, and we think that it would probably be the same for COVID-19.”

Two Ontario children’s hospitals – in Ottawa and Hamilton – also reported this week they admitted six babies under 12 months old due to COVID-19.

Papenburg adds that vaccinating moms during pregnancy, limiting social contacts, and frequent handwashing are ways to protect newborns, who have immature immune systems.

Some symptoms to watch out for in babies and kids under five who can’t receive COVID immunizations yet include: runny nose, cough, sore throat and fever, as well as lethargy and dehydration.

The entire ordeal was difficult for the Fortier family, the parents told CityNews, especially as they recalled the moment they found out the pregnancy meant the arrival of three babies instead of one.

“We saw one on the screen and then we were like, ‘OK his heart is beating,’ We were stressed about the heart you know. And after that we saw another one, we’re like, ‘OK we knew it, we have twins.’ And then he showed us another baby, we’re like, ‘is it the same baby?’ But it was a third one,” said Fortier. “We only have one room!”

Added Rossignol: “Yes, because we were just supposed to have one baby.”

Despite all the surprises, they are happy and feeling blessed their three children are recovering well.

“It’s the surprise of our life, but being together, it’s like the best thing that could ever happen to us,” said Fortier.