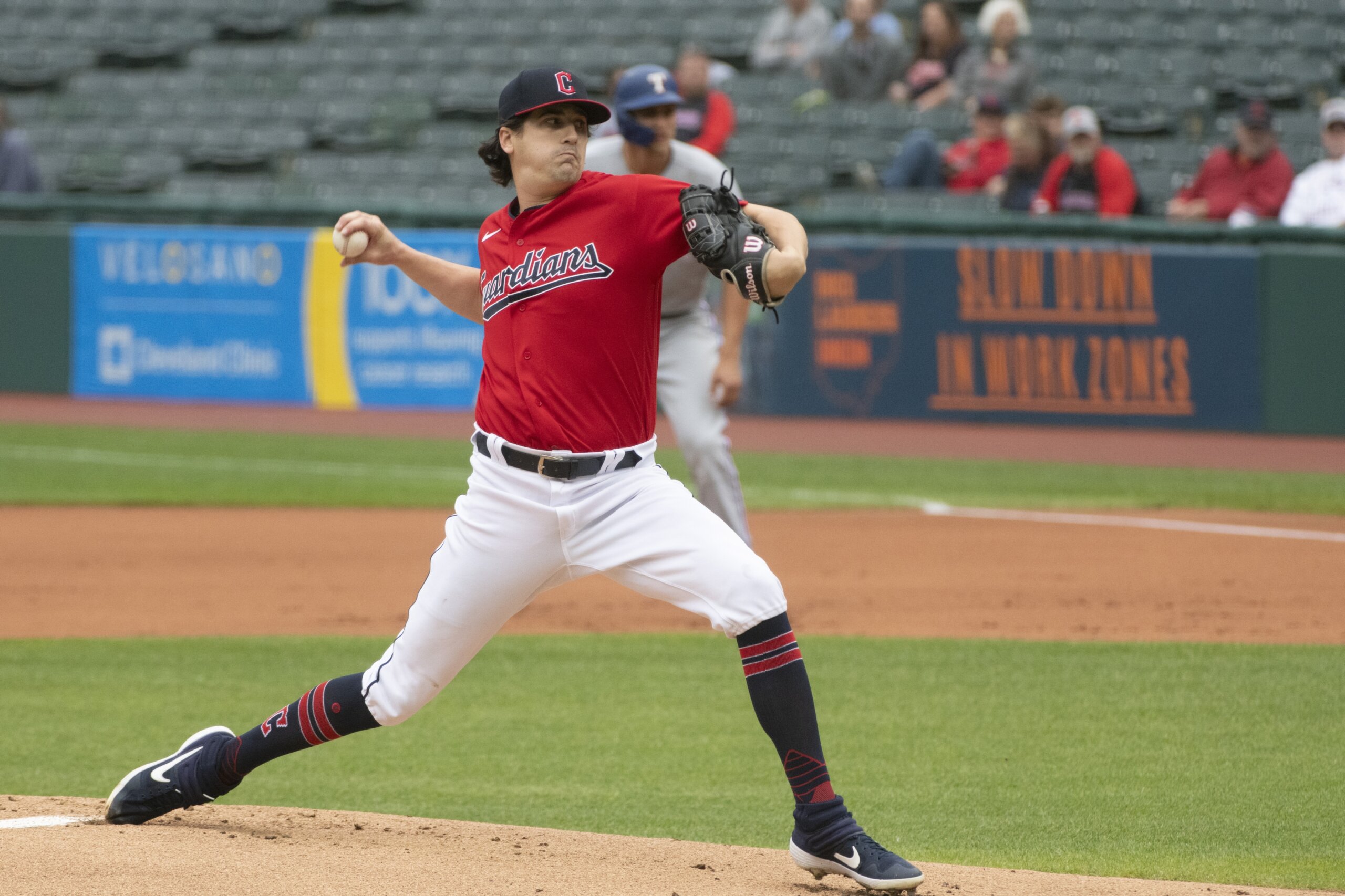 CLEVELAND (AP) — Cal Quantrill stayed unbeaten at home, Owen Miller drove in two runs and the Cleveland Guardians got back to .500 with a 6-3 win over the Texas Rangers in the first game of a rain-delayed doubleheader Tuesday.

Quantrill (3-3) delivered his fourth straight quality start, allowing three runs in seven innings. The right-hander is 7-0 in 20 career starts at Progressive Field. He’s the only AL pitcher to make at least 15 home starts and not lose over the past two seasons.

Miller hit a two-run single in the third off Jon Gray (1-3), who had never faced Cleveland before.

Rangers rookie outfielder Steele Walker homered for his first hit in the majors, and Marcus Semien connected for Texas, which closed within 5-3 in the seventh inning on the solo shots.

Eli Morgan worked the eighth for Cleveland and closer Emmanuel Clase pitched a 1-2-3 ninth for his 10th save.

The opener of the three-game series was rained out Monday, the seventh time the Guardians have been postponed at home this season. This is their fourth doubleheader at home already in 2022.

Despite the scatter-shot schedule, Cleveland has won six of seven and evened its record for the first time since May 14.

With the Rangers trailing 5-1, Walker led off the seventh with his homer over the right-field fence. When he got back to the dugout, the 25-year-old, who made his debut on Sunday, was given the cold-shoulder treatment by his teammates before they broke down and congratulated him.

The Guardians stole a season-high six bases in the opener.

Before the game, the Rangers placed reliever Brett Martin on the COVID-19 list. Bench coach Donnie Ecker was also placed in health and safety protocols.

The inordinate amount of rainouts has forced the Guardians to play four doubleheaders, and they’ve got five more scheduled.

And, it’s only June.

Woodward has empathy for Cleveland’s situation, which is something that’s hard for him to relate to since Texas plays in a domed stadium.

“We don’t deal with it,” Woodward said.

Major League Baseball returned to nine-inning doubleheaders this season after playing seven the last two. Woodward doesn’t mind the return, but he’s not the one having to worry about wearing out his pitchers.

“I’m fine with the nine (innings) only because we never get rained out,” Woodward cracked. “Three teams in our division have a roof and the other two rarely see a drop of rain — in Oakland and Anaheim. It’s easier for us.”

Rangers: Utilityman Brad Miller (right hip impingement) remains on schedule to return Friday after being sidelined since May 29.

This will be McCarty’s second appearance for the Guardians. He allowed four runs in three innings against the New York Yankees in his debut on April 24.