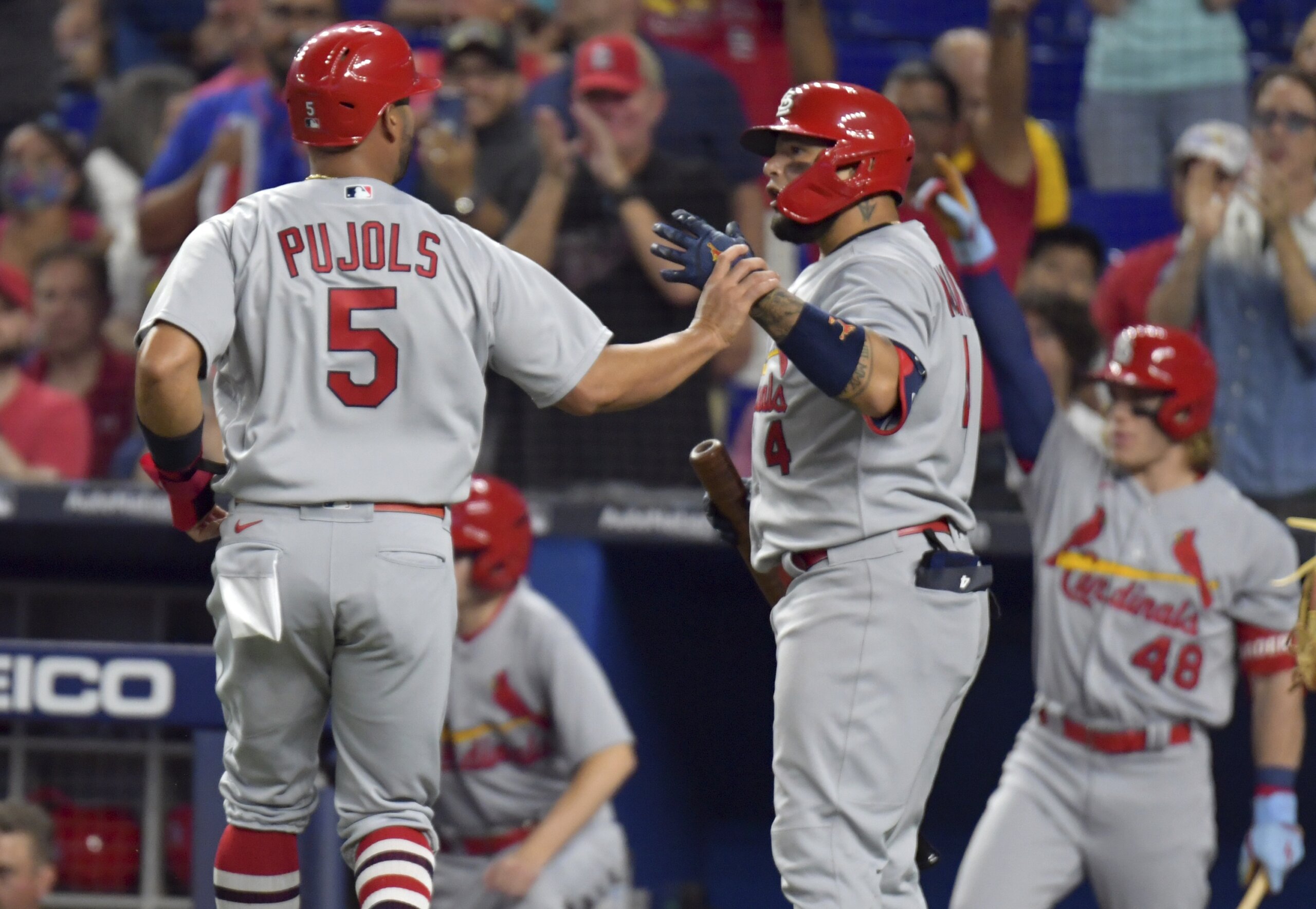 The 42-year-old Pujols stretched a bloop hit near right the-field foul line into a double in the second inning and came home on Paul DeJong’s double. DeJong then scored from second on Miami second baseman Jazz Chisholm Jr.’s throwing error.

Tyler O’Neill had an RBI single in the third before Pujols singled and raced home from first on Edman’s triple to right-center.

Edman added a run-scoring single in the fifth.

Wainwright and catcher Yadier Molina made their 307th start together, surpassing the Chicago White Sox battery of Red Faber and Ray Schalk for third most all-time.

Relievers T.J. McFarland and Ryan Helsley got the next seven outs around three hits and Giovanny Gallegos worked a perfect ninth.

POWER IN THE MINORS

Cardinals prospect Nolan Gorman homered for the seventh time in seven games for for Triple-A Memphis.

The Cardinals’ Oliver Marmol managed his first major league game in Miami Tuesday. It was also the city where Marmol watched his first game, attending as part of a school field trip. Marmol and his family lived in Miami three years during the mid-1990s before settling in Orlando.