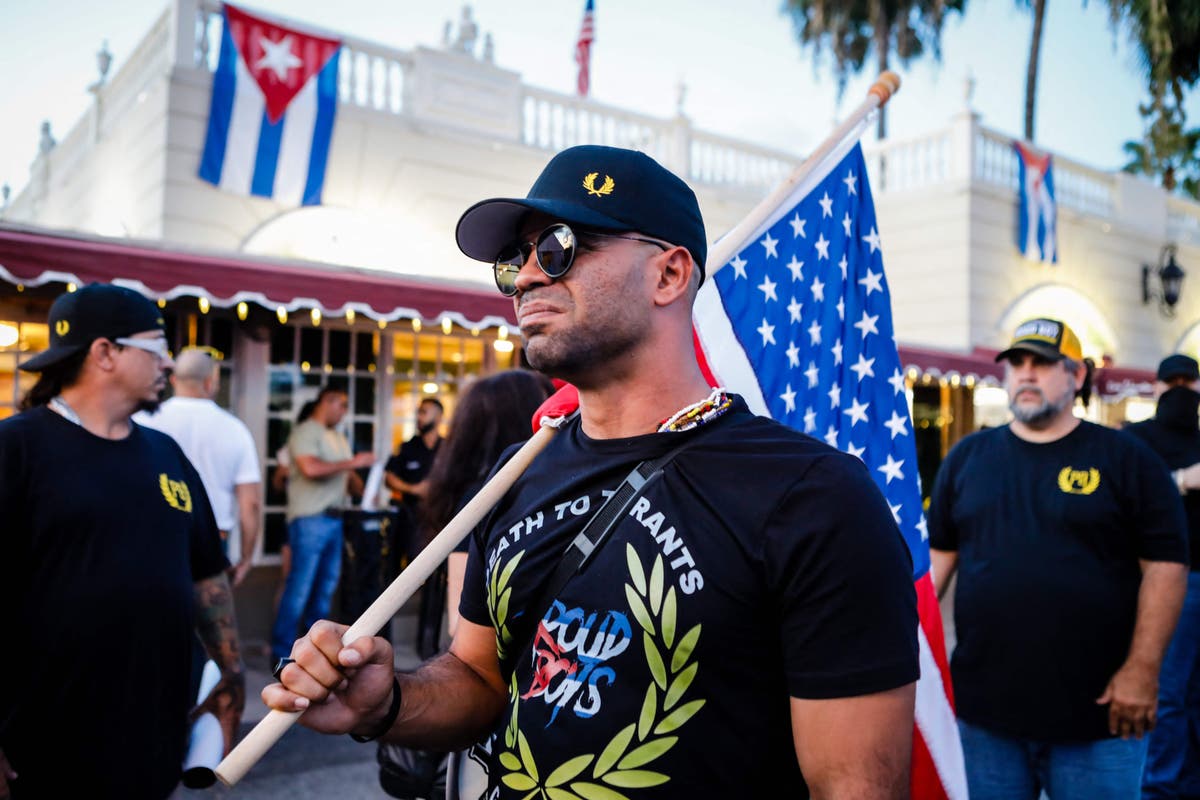 he former leader of the far-right Proud Boys has been charged with seditious conspiracy for what prosecutors allege was a coordinated attack on the US Capitol to thwart Joe Biden’s 2020 electoral victory.

The charge filed on Monday alleges the Proud Boys conspired to forcibly oppose the lawful transfer of presidential power during the January 6, 2021 riot.

They are scheduled to stand trial in August in Washington, DC’s federal court.

The latest indictment comes as the US House committee investigating prepares to begin public hearings this week to lay out its findings.

Tarrio wasn’t in Washington, DC, when the riot erupted on January 6 last year, but authorities claim he helped put into motion the violence that day.

Police arrested Tarrio in Washington two days before the riot and charged him with vandalising a Black Lives Matter banner at a historic Black church during a protest in December 2020.

Tarrio was released from jail on January 14 after serving his five-month sentence for that case.

An attorney for Tarrio told the AP news agency his client “is going to have his day in court.”

“And we intend to vigorously represent him through that process,” said Nayib Hassan.

Defence attorney Carmen Hernendez, who represents Rehl, said her client is “as innocent of these charges as the ones that had already been pending against him.”

“Seditious conspiracy requires the use of force, and he never used any force nor thought about using any force,” Hernandez said.

The indictment alleges that the Proud Boys held meetings and communicated over encrypted messages to plan for the attack in the days leading up to January 6.

Prosecutors said the Proud Boys arranged for members to communicate using specific frequencies on radios to make it hard to eavesdrop, and that Tarrio posted on social media that the group planned to turn out in “record numbers” shortly before the riot but would be “incognito”.

The indictment also alleges an unnamed person sent Tarrio a document that laid out plans for occupying a few “crucial buildings” in Washington on the day, including House and Senate office buildings around the Capitol.

It is the second time the sedition charge has been applied over the riot after the leader of the anti-government Oath Keepers militia group and others were charged in January.

Three Oath Keepers have already pleaded guilty to the rarely used Civil War-era charge that can be punished with up to 20 years in prison.