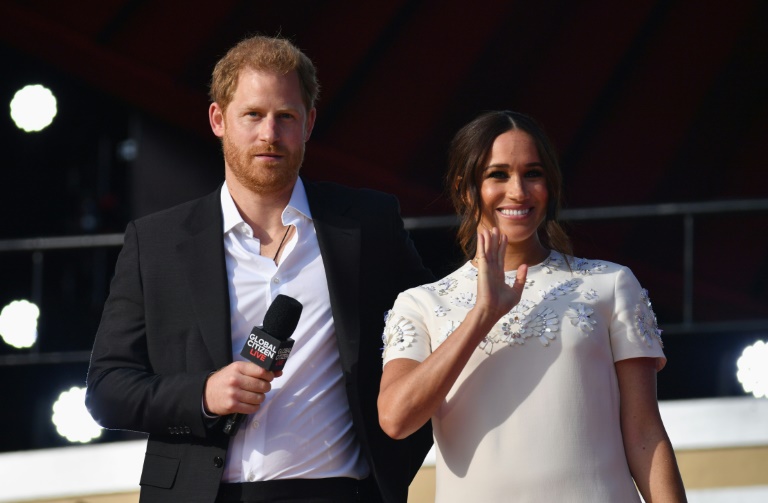 Prince Harry did not appear comfortable and happy while he and Meghan Markle accepted the President’s Award at the NAACP Awards on Saturday, Feb. 26.

According to body language expert Dr. Lillian Glass, the 37-year old showed signs that he clearly did not want to be there at the event. She said he appeared lost and did not know what to do with the award in his hands.

“Harry looked like a fish out of water as he didn’t know what to do or how to comfort himself as he looked down at the award and examined it and then rocked back and forth and pulled away from Meghan, she told The Express.

“He straightened up for a while when she quickly turned her head towards him and shot him a not so pleasant look indicating that he was on stage and to be aware of it and to shape up. He purses his lips in embarrassment and then cocks his head like a wounded puppy and then looks at the camera,” she added.

Dr. Glass pointed out that Prince Harry did not smile the whole time he was on stage with Meghan Markle. He continued to rock back “like a child that feels uncomfortable because they have a full bladder.” She said the rocking, the lack of smile, and his dull eyes indicate that he really does not want to be there.

On the contrary, Meghan Markle was “in her element.” She spoke eloquently, stared directly at the camera, smiled, and even announced the presence of her mother Doria in the audience. She appeared comfortable to be standing on stage in front of many people.

Whereas, Dr. Glass said Prince Harry should have been used to this by now given the many times he had appeared on stage in his years as a working royal. She assumed that “growing up in front of a camera and having spoken to countless groups he would know how to act when receiving an award on stage.” However, his body language does not lie and it indicated that he was “clearly not happy and uncomfortable” to be on stage at the NAACP Awards with Meghan Markle.