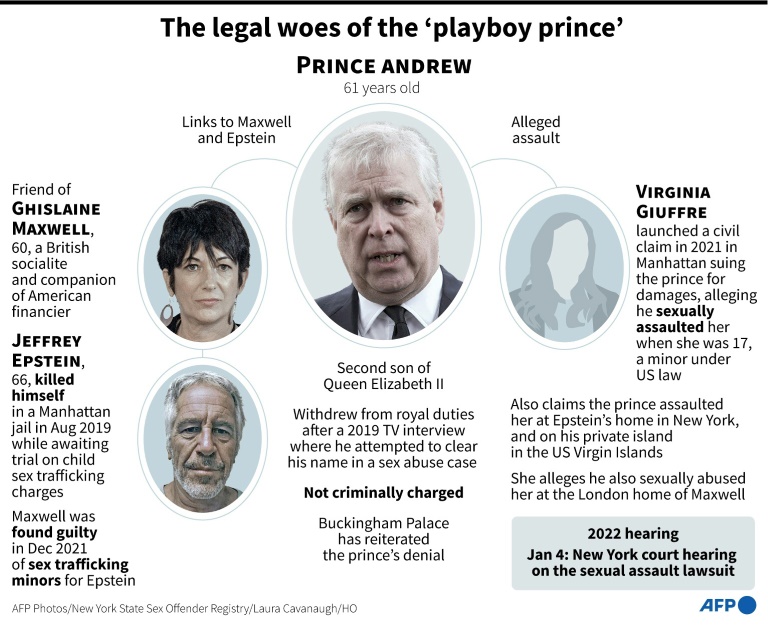 Prince Andrew is desperate to raise funds to shoulder the mounting cost of his sexual abuse case against Virginia Roberts Giuffre by himself. He is said to be looking for fast cash through the sale of his Chalet Helora in the ski resort of Verbier, Switzerland.

The Swiss chalet is said to be the only means of money for the Duke of York now that he is no longer a working royal. He and his ex-wife Sarah Ferguson bought the seven-bedroom property in 2014 from French millionaire Isabelle de Rouvre for £16.6m. Last September they agreed to sell it to a rich European investor but the deal has yet to be completed.

Prince Andrew is said to be pushing for the sale to go through “urgently.” He not only needs the money for his sexual abuse case. He also has to pay Rouvre the £6.6million he owes from the original purchase of the chalet.

“It is crunch time for Andrew on several fronts. He is meeting all the costs himself so he needs to raise cash fast to pay bills which are increasing by the day,” a source told the Mirror adding, “If there was the potential to settle, well, that is an option, but it is in no doubt that the Queen would not assist him in doing so.”

Prince Charles and Prince William are also said to be “absolutely furious” at the suggestion that the 95-year-old British monarch could be asked to settle the bills. They are “both of the opinion” that the Duke of York can find a way out of his own mess.

The 61-year old “wants to clear his name” from accusations that he sexually abused Giuffre three times when she was only 17 years old. But he does not want to do so in court as he fears that a trial could cause irreparable damage to the reputation of the British monarchy.

As such, Prince Andrew is said to be looking to settle the case outside of court. This would mean putting out a hefty sum which sources claimed could go as high as £3million. Queen Elizabeth II will reportedly “not assist” with the settlement.