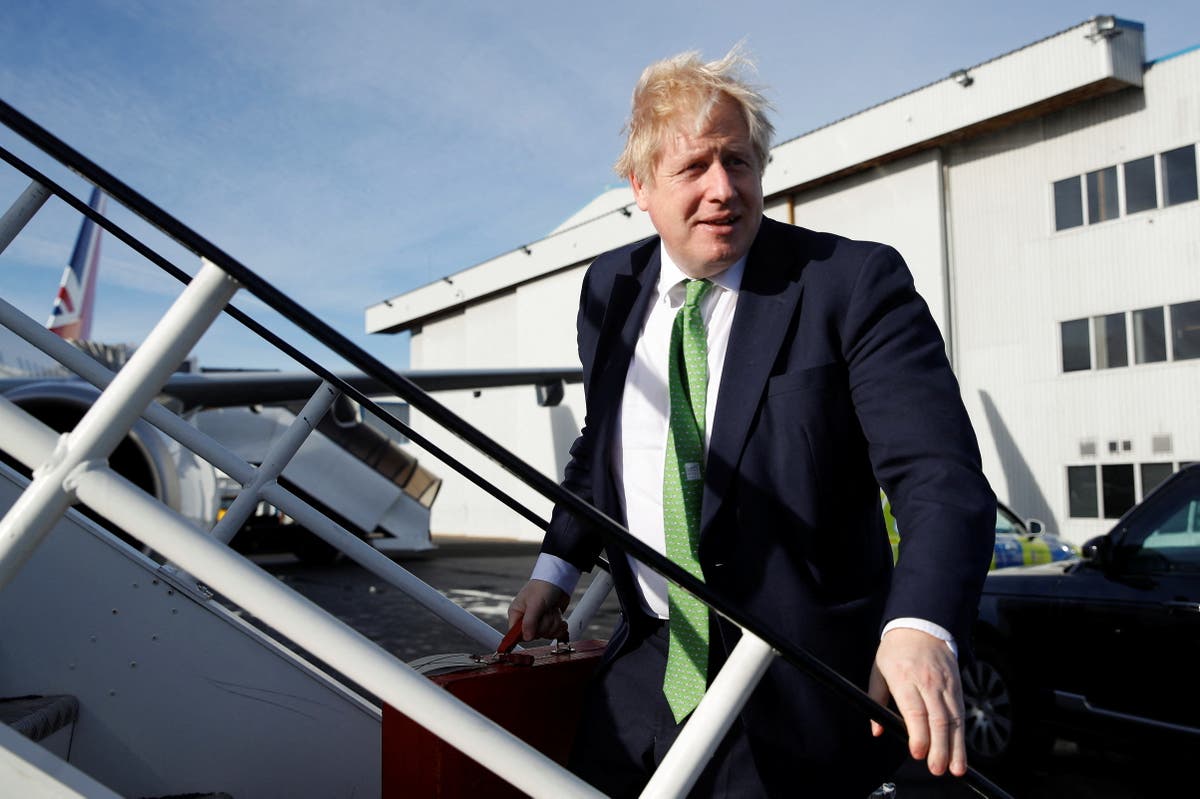 oris Johnson faced further pressure to resign on Tuesday as another senior Tory joined calls for the Prime Minister to consider his position in the wake of the Sue Gray report into lockdown parties in Downing Street.

Sir Charles Walker, the vice chairman of the Tory backbench 1922 Committee, said there was now so much anger over what happened that Mr Johnson should consider whether the country could heal better if he left No 10.

Earlier another Tory backbencher, Peter Aldous, the MP for Waveney, said he had submitted a letter to the chairman of the 1922, Sir Graham Brady calling for a vote of no confidence in the leader.

Sir Charles stopped short of directly calling for Mr Johnson to resign, saying he had got “many things right” such as the vaccines and lifting lockdown.

But in an interview with Channel 4 News he suggested that the situation may have gone too far for Mr Johnson to recover.

“I think there’s so much grief and pain out there that if he was to say, ‘Look, I understand that I asked so much of the country and it needs to come to terms with that grief and pain and start the process of healing and if it could do that better without me in Number 10 then I shall stand aside’, that would show great courage on behalf of the Prime Minister,” he said. “I would applaud him for doing that, but that is his decision.”

Mr Aldous however, said that he did not believe Mr Johnson would quit voluntarily and that the only way was to force him out through a confidence vote.

“After a great deal of soul-searching, I have reached the conclusion that the Prime Minister should resign,” he tweeted.

“It is clear that he has no intention of doing so and I have therefore written to the chairman of the 1922 Committee of backbench Conservative MPs, advising him that I have no confidence in the Prime Minister as leader of the Conservative Party.”

Under party rules there must be a confidence vote if 54 Tory MPs – 15% of the parliamentary party – submit letters to Sir Graham.

Communities Secretary Michael Gove supported the Prime Minister, saying this was not the time for a leadership contest.

“There’s not going to be a leadership contest. I’m going to be supporting the Prime Minister. I think he’s doing a brilliant job, and I will be behind him 100%,” he told the BBC.

“So no leadership contest. We don’t want one, we don’t need one.”

Meanwhile Mr Johnson committed to publishing “everything that we can” from the full Sue Gray inquiry into allegations of lockdown-breaking parties in Downing Street.

The Prime Minister went further on Tuesday, to promise a fuller publication of the senior civil servant’s investigation once the Metropolitan Police probe has concluded.

There has been confusion over the extent of any subsequent report after Mr Johnson refused to accept the demands of Tory MPs and Labour leader Sir Keir Starmer during a Commons statement.

Asked at a press conference in Kyiv, Ukraine, whether he would commit to publishing the full inquiry, including the 300-plus images handed to investigators, the Prime Minister said: “Yes, of course we’ll publish everything that we can as soon as the process has been completed, as I said yesterday.”

Downing Street also confirmed Mr Johnson will reveal if he has been hit with a fine for breaching coronavirus rules.

The Metropolitan Police are investigating 12 separate gatherings in No 10 and Whitehall during 2020 and 2021 – including three that Mr Johnson is known to have attended and one in the Prime Minister’s Downing Street flat – to find out whether coronavirus lockdown laws were broken.

There had been concerns that the public would never officially be told if the Prime Minister was issued with a fixed penalty notice for attending a No 10 party, because the identity of people issued with a ticket is not usually disclosed by police.

But Downing Street acknowledged the “significant public interest” in the case of the Prime Minister. Downing Street had originally insisted it was a matter for the Metropolitan Police to decide whether to name those found to have broken the law.

Scotland Yard pointed to College of Policing guidance stating that the names of people dealt with by fixed penalty notices – the likely punishment for a breach of the coronavirus regulations – would not normally be disclosed.

“Identities of people dealt with by cautions, speeding fines and other fixed penalties – out-of-court disposals – should not be released or confirmed,” the guidance states.

But the Prime Minister’s official spokesman told reporters: “Obviously we are aware of the significant public interest with regard to the Prime Minister and we would always look to provide what updates we can on him, specifically.”

The Met is examining hundreds of documents and photographs in relation to the 12 events in 2020 and 2021 held while England was under coronavirus restrictions.

The Prime Minister’s former chief aide Dominic Cummings alleged on Tuesday there are photographs of Boris Johnson at reported gatherings under investigation by police.

In a question and answer session on his paid-for blog, Mr Cummings was asked if there were photos that would “incriminate” the Prime Minister.

He said: “Yes there are photos of the PM at parties under investigation. I’ve spoken to people who say theyve seen photos of parties in the flat.”

He also claimed he had spoken to people who were in No 10 on November 13 2020, when there was an alleged gathering in Mr Johnson’s Downing Street flat.

“If cops talk to people there that night, therell be witnsesses (sic) who say ‘we could all hear a party with abba playing’.”

He accused the PM of “lying” and added: “This could blow up terminally for him if lies to the cops but he wont be able to help himself other than say ‘i don’t remember’ which is his default when he senses danger.”

The evidence was passed to the police by the investigation team led by Ms Gray, the senior official whose interim report on Monday highlighted “failures of leadership and judgment” at the heart of Government but did not point the finger of blame at any individuals.

Her conclusions were limited following a request by the Metropolitan Police to make only limited references to the events under investigation, leaving it to Scotland Yard to decide whether laws were broken.