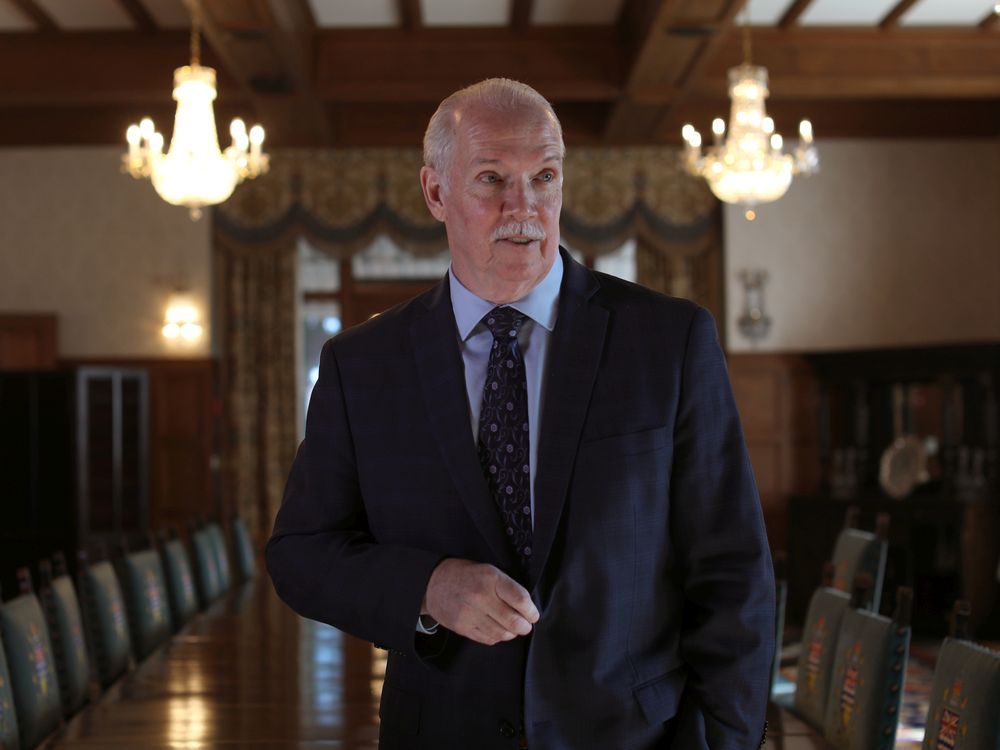 B.C.’s health care system is crumbling, Premier John Horgan acknowledged Tuesday while repeating his view that Ottawa must cough up more cash to help the province fix the family-doctor crisis.

Horgan has different priorities than the federal NDP — which has made national dental care a plank of its power-sharing agreement with the Liberal government — saying the focus should be on shoring up the existing health-care system rather than creating a new one.

British Columbians “would love to have a national dental program but they would rather have a GP (general practitioner). They would rather have a primary care network that would meet their needs and their family’s needs now and into the future,” Horgan said in a face-to-face interview with Postmedia News on Tuesday.

“And that’s not happening. And time spent talking about new programs while existing programs are crumbling, I think is wasted time.”

The province is under intense pressure to address a health care crisis as many family doctors have closed their practice, leaving about 900,000 British Columbians, or one in five people, without a family doctor.

Horgan, who is recovering from COVID-19 after testing positive earlier this month, said he, his wife Ellie and their two sons are “very fortunate” to have a family doctor, the same one they’ve had since the early 1990s.

However, he directly witnessed the health care shortage when he was in hospital during his cancer treatment.

“I absolutely understand the frustration and I have real-time practical experience here,” said Horgan, who in January finished 35 sessions of radiation at the Victoria Cancer Clinic. “I was in a hospital bed where the nurse did the evening shift and the morning shift because there was no one to replace her. She wanted to go home, she was exhausted, but she stayed because there was no one to replace her. So it’s not just about GP. It’s about nurses, nurse practitioners. It’s right across the board.”

“This is a crisis,” said Horgan.

It’s the provincial government’s responsibility, he said, to fix it but “we need help from Ottawa to do that — not in a finger-pointing way but in a collaborative way.”

Horgan pushed back on criticism that asking Ottawa for more health care cash is about “provincial greed.”

“No, it’s about services for people. It’s about those cancer patients that do not have a place to go when they come out of their treatment. We need to fix that. It’s not John Horgan’s problem, it’s B.C.’s problem, it’s Canada’s problem. And we all need to lean in to get it fixed.”

Horgan said that the crisis didn’t pop up yesterday but has been going on for years.

Horgan’s assertion that the federal government must increase health transfers to the provinces ignited a fiery debate in the legislature Monday, with B.C. Liberal MLAs accusing the premier and Health Minister Adrian Dix of passing the buck.

On Tuesday, Horgan said he got frustrated because the opposition claimed he was blaming Ottawa which he denies.

“What led to that (frustration) is they didn’t want to hear what I had to say.” His anger was “a human moment and life is filled with human moments,” he said.

Earlier this month, the province announced $3.5 million to stave off the closure of walk-in medical clinics in Greater Victoria and also announced a fast-track accreditation process for internationally trained nurses. But critics say B.C.’s fee for service system, in which family doctors get paid for each patient visit, is prohibitively costly for doctors and discourages physicians from going into or staying in family medicine.