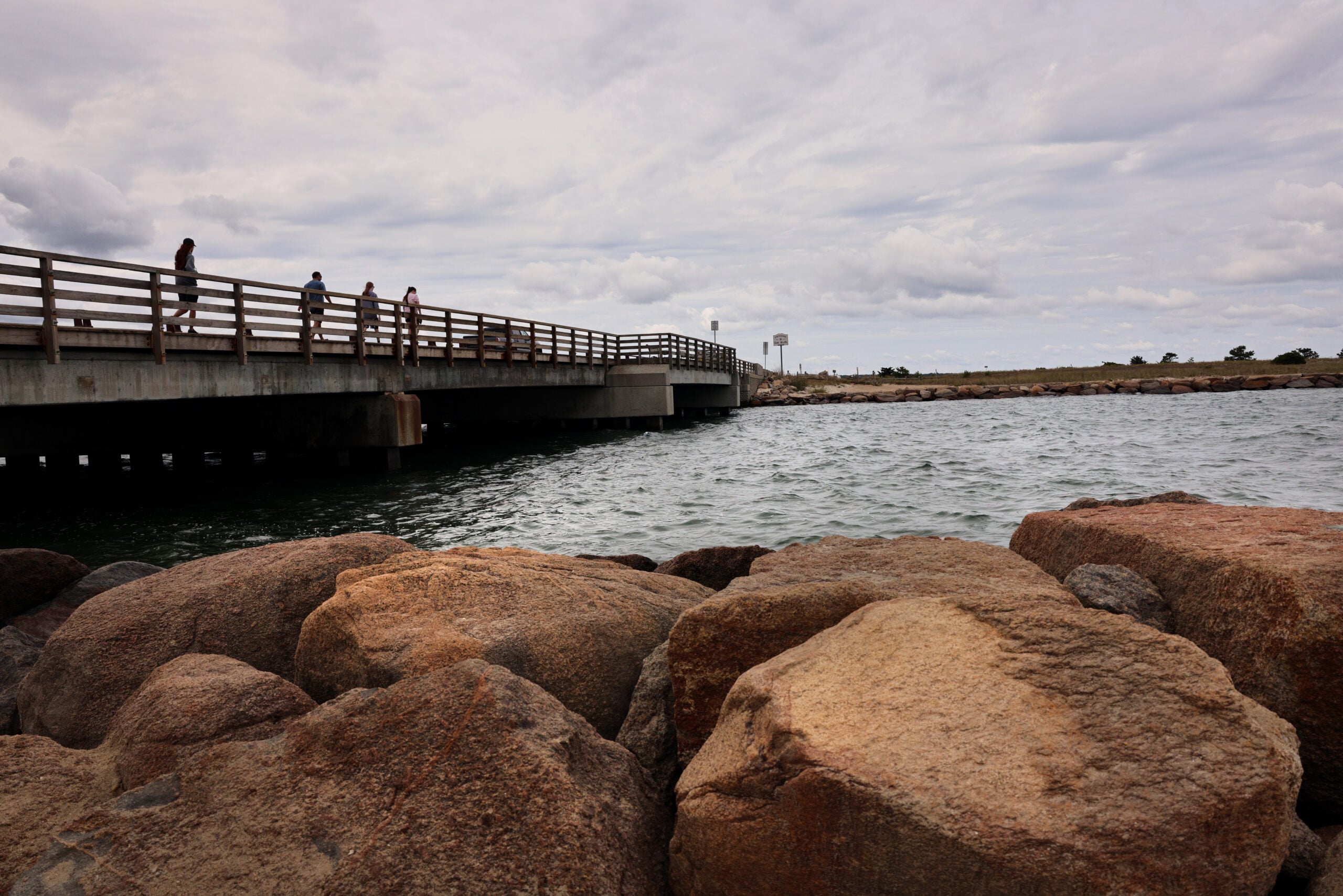 Police recovered a body matching the description of Tavaughn Bulgin Thursday, one of the brothers who jumped off the “Jaws” bridge on Martha’s Vineyard earlier this week.

The discovery ends an ongoing search that began Sunday night, when Tavaugh and Tavaris Bulgin jumped off the bridge into the waters below with two other friends. The two others emerged uninjured, while the Bulgin brothers were reported missing.

The body of Tavaris Bulgin was recovered early Monday morning.

At about 11:30 a.m. Thursday, a shell fisherman found a body on the western edge of Sengekontacket Pond, Massachusetts State Police said. It matches the description of 21-year-old Tavaughn. He had been presumed dead.

Tavaughn and his 26-year-old brother were natives of Clarendon, Jamaica. The two were spending the summer living in Oak Bluffs as part of a work-and-travel program for university-aged students. They worked at Nomans Restaurant on the island.

The Bulgin brothers and their two friends went down to the American Legion Memorial Bridge between Edgartown and Oak Bluffs Sunday night. The bridge is better known as the “Jaws” bridge, since it appeared in the iconic blockbuster. It lies along Joseph A. Sylvia State Beach, separating Nantucket Sound from Sengekontacket Pond.

The water under the bridge is about 15 feet deep, and jumping off it into the waters below is a common occurrence for visitors and locals every year. Although numerous signs warn against the activity, enforcement is spotty. Strong tidal currents can make the waters dangerous, and nearby rocks also create a hazard.

State police, local police, and members of the Coast Guard began a search around 11:20 Sunday night, according to the Coast Guard. Although the body of Tavaris was found relatively quickly, police used dive teams, sonar, all-terrain vehicles, and airplanes to continue the search for Tavaughn this week.

Doug Abdelnour, owner of Nomans, created a GoFundMe to support the Bulgin family earlier this week. It initially had a fundraising goal of $50,000, but smashed that in less than a day. As of Thursday evening, the GoFundMe had raised more than $187,000. At least 1,400 people have contributed so far.

“Tavaris and Tavaughn left an impression on everyone they met,” Abdelnour wrote. “their bright smiles, charismatic personalities, unshakeable faith and unrelenting positive attitude made them an absolute joy to be around.”

A spokesman for the Bulgin family told The Boston Globe that Tavaris and Tavaughn are the sons of Rev. Keith Bulgin, a pastor at Palmers Cross New Testament Church of God in Clarendon. They grew up in the church, playing music during services, Abdelnour wrote.

They studied business in college, one at University of the West Indies and another attended The University of Technology, Jamaica. Tavaris was a “beloved” school teacher, Abdelnour wrote, and Tavaughn was “known to be a musical prodigy and gifted soccer/football player.”

“Both boys were destined to make an impact in every community they served and every endeavor they pursued,” he wrote.