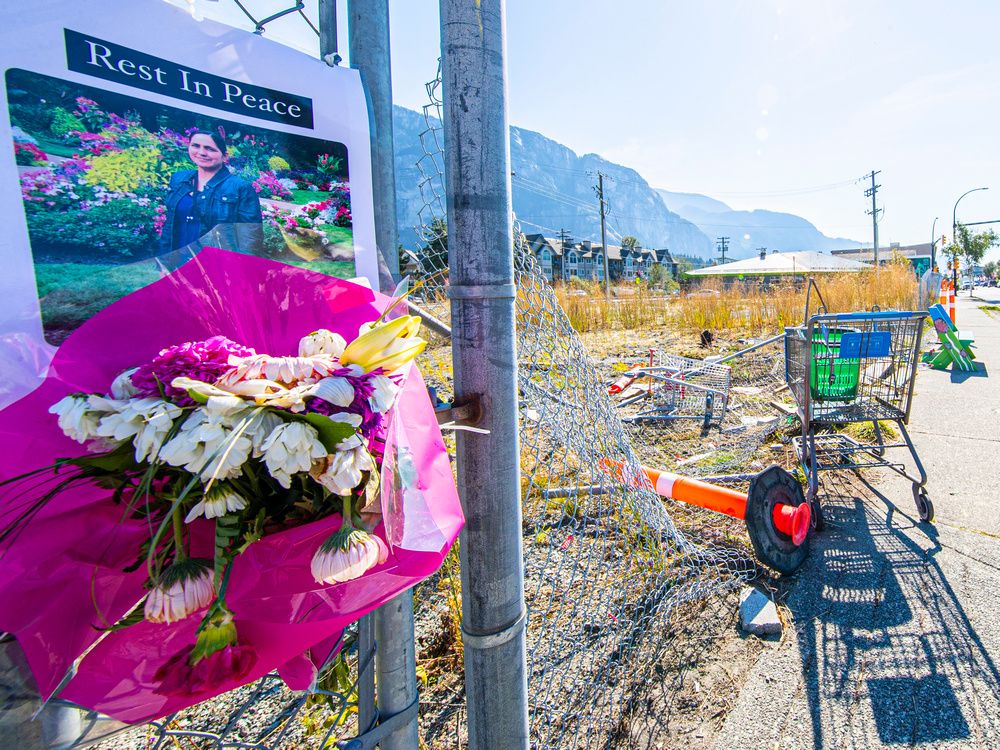 Police in the Sea to Sky region are seeking witnesses after a driver hit and killed a woman and injured another then fled the scene.

The hit-and-run crash shortly after 11:30 p.m. on Sept. 2 involved a truck driving near Pemberton and Cleveland avenues in Squamish that flipped onto a sidewalk, through a chain-link fence and hit the two women at a bus stop.

The driver ran away and remains outstanding. A man associated to the truck was located and questioned soon after the collision, but investigators say they didn’t get enough information to hold him in custody and he was released.

One woman, 44-year-old Gurpreet Sangha, died in hospital two weeks after the crash, while the other woman has since been released from hospital.

“We have lost a sister, wife, daughter, a mother of two teens, friend and beloved family member,” said a spokesperson for the family at a press conference on Thursday. “We the family are grieving the loss … and lives have changed since the incident.

“We seek justice for Gurpreet, and would never want anyone else to go through this kind of pain due to a tragic and unnecessary incident. Thank you all for supporting us in these extremely difficult times.”

The officer in charge of the Sea to Sky regional police service, Insp. Robert Dykstra, also appealed to the driver on “moral” grounds.

“This tragedy has had a significant impact on the family and community, and has been physically and emotionally devastating,” said Dykstra, urging the truck driver to “do the right thing and speak with police.”

Squamish RCMP are asking anyone who can identify the driver or who saw the crash to contact investigators at 604-892-6120.