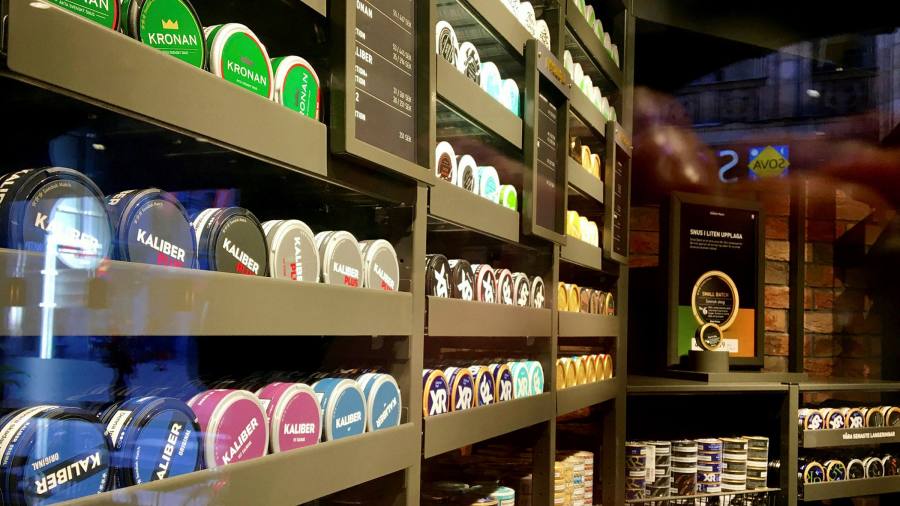 Philip Morris International has struck a $16bn deal to buy Swedish Match, as the tobacco company makes its biggest bet yet on alternatives to cigarettes.

Swedish Match is a leader in so-called snus, or oral nicotine pouches, that originated in its domestic market but have grown increasingly popular outside Scandinavian countries.

The Stockholm-based company owns Zyn, the largest nicotine pouch brand in the US, increasing the appeal of the deal for PMI, which has lacked a significant presence in America for more than a decade. Sales of Swedish Match’s tobacco-free snus grew more than 50 per cent last year in the US and Scandinavia.

Under the terms of the deal announced on Wednesday, PMI said it would pay SKr106 ($10.57) per share for Swedish Match, a premium of 39 per cent to the closing share price on May 9, before talks between the companies became public.

The board of Swedish Match, which has net debt of about $1.3bn, has recommended its shareholders accept the offer. Shares were up almost 9 per cent at SKr103.50 by midday in Stockholm.

“If you look at the reasons why PMI would be buying Swedish Match, it’d be for that US push opportunity,” said Jonathan Fell, a partner at investment house Ash Park Capital, which owns PMI shares.

PMI traces its roots to 2008 when US-based Altria spun off its international business. Its largest smoke-free product is the heated tobacco device IQOS, which Altria has the rights to distribute in the US.

“The other interesting angle is what this means for Altria,” Fell said, adding that the company was in dispute with its long-term commercial partner over future distribution rights of IQOS.

“So clearly, something has gone wrong in that relationship, and if this deal goes through, it will see them becoming competitors [in the US],” Fell added, referring to nicotine pouch brand On!, in which Altria holds a stake.

Best known for selling Marlboro outside the US, PMI has been the most aggressive among traditional cigarette companies in its bid to gain market share in so-called new-generation products, including vapes and heated tobacco devices.

Its push to reinvent itself and “unsmoke the world” has proved controversial, with a £1bn deal to buy Vectura, a UK-based developer of asthma inhalers, prompting fierce criticism.

Swedish Match and PMI have collaborated before, including a shortlived 2009 venture designed to “commercialise Swedish snus and other smoke-free tobacco products worldwide”.

It was shut down in 2015 as demand growth was taking longer than expected, and Swedish Match went on to launch the first tobacco-free snus product the next year.

Some shareholders have criticised Swedish Match for not having used its leading position in oral tobacco, as well as its global distribution channels of matches and lighters, to launch other smoke-free products.

John Hempton, founder of Bronte Capital, wrote in a blog post before the deal was announced that he was “furious” about the sale of Swedish Match.

“Pair [the distribution channel into almost everywhere in the world where cigarettes are sold] with a decent vape product and you would immediately have one of the world’s biggest vape business[es],” he said, adding that “there should be an overbid”.

Jefferies analyst Owen Bennett said in a note that “if we were a Swedish Match shareholder, we would want to know if the company has sounded out counter-bidders”.

PMI on Wednesday did not detail any cost savings from the deal but said that its plans “do not include any material changes with regard to Swedish Match’s operational sites, or its management and employees, including their terms of employment”.

Jacek Olczak, chief executive of PMI, said that the acquisition would “open up significant platforms for growth in the US and internationally”.