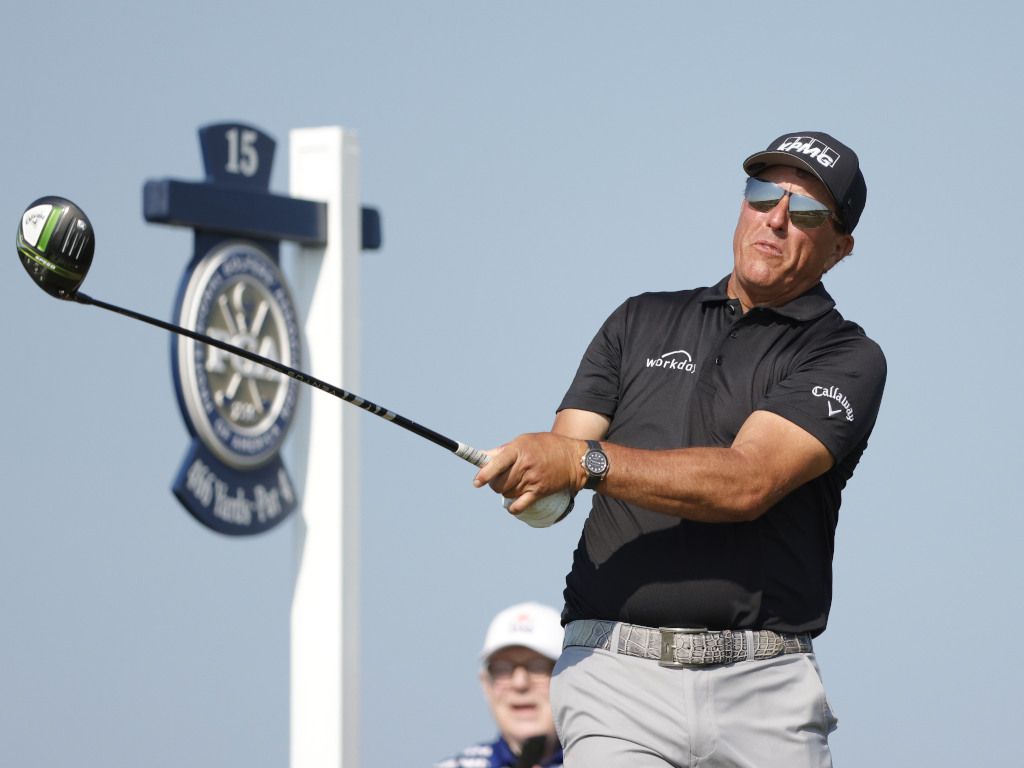 Phil Mickelson sparked intrigue about his possible return to golf on Monday after applying for a release to play in the first event of a lucrative Saudi Arabia-backed golf tour in June.

Mickelson’s management company confirmed in a statement that the 51-year-old six-time major winner was seeking approval to play in the June 9-11 LIV Golf Invitational outside London – but stressed he had not yet confirmed his participation.

The former world number one has not played since triggering uproar in February following publication of his remarks made last year to author Alan Shipnuck concerning the new Saudi-funded venture.

Mickelson described the Saudi financial backers of the proposed league as “scary” with a “horrible record on human rights” but said he was willing to deal with them in order to gain leverage to “reshape” the PGA Tour.

Mickelson, the reigning PGA champion, subsequently apologised for the comments and announced he was taking some “desperately needed time away” from golf.

However his eventual return could conceivably feature participation at the LIV Golf event at Centurion Golf Club outside London.

Steve Loy, co-president of Sportfive management, said in a statement Mickelson was registered to play in both next month’s PGA Championship, where he will be defending his title, as well as the June 16-19 US Open, which takes place the week after the LIV London event.

“Our client Phil Mickelson is officially registered to play in the PGA Championship as well as the US Open,” Loy said.

“We have also filed a request on his behalf for a release to play in the first LIV Golf Invitational in London, June 9-11. This request complies with the deadline of April 25 set forth by the PGA Tour to compete in a conflicting tour event.

“Phil currently has no concrete plans on when and where he will play. Any actions taken are in no way a reflection of a final decision made, but rather to keep all options open.”

Phil Mickelson not the only big-name player

Mickelson’s possible return comes amid intense speculation about other players who may opt to take part in the Saudi-backed venture.

The money-spinning series will offer purses of $25 million per tournament – making every leg of the series more lucrative than the richest event on the PGA Tour, and roughly more than double the prize money on offer for each of golf’s four majors.