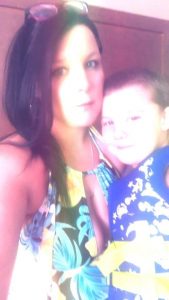 Painter’s tape was used to cover the mouths of around 40 children who were yelling at Joliette Elementary School, about 75 kilometres northeast of Montreal.

A staff member had been allegedly joking about doing this to the students in Grades 1 and 2 if they continued yelling.

“There was tape put on the kids’ mouths one by one, my child is petrified,” said Monika Chavez, whose son Joshua, in Grade 1, was among those who had their mouths sealed.

On Monday, the school’s principal sent a letter to parents confirming this happened, leaving them shocked.

“I cannot believe that an adult would go into a school full of children and tape their mouths. It’s ridiculous,” said parent Robyn Ridyard.

Ridyard’s son Cayden, in Grade 2, also had his mouth taped by the staff member. Cayden is autistic, making the incident that much more jarring for his mother.

“The first question was like, ‘was it voluntary? Did you have a choice?’ And he said, ‘No, I didn’t have a choice. She put it on my mouth like this,’” said Chavez, gesturing with her hands.

“It’s very intense because he was almost breaking down in tears, and I’m like, ‘Josh, you need to tell us.’ He said, ‘They told us not to tell.’ So there’s a big, massive problem there.”

Maxeen Jolin, a spokesperson for the Sir Wilfrid Laurier School Board, says parents were advised in a letter.

“The children were told that if they yelled, they would have painter’s tape on their mouths. Finding this funny, many students started yelling. The children were asked if they wanted to participate and were allowed to refuse,” said Jolin.

“This being said, we acknowledge that this type of activity is inappropriate and should not have happened. This does not meet our expectations as an organization and rest assured that the school principal intervened immediately and will continue to take the necessary actions to ensure that this type of situation does not reoccur at Joliette Elementary School.”

The parents now want action from the school.

“There has to be more than just, ‘oh, she’s having a disciplinary leave’ or something. No, she shouldn’t be around children,” Chavez said. “Kids went outside with the tape and the teacher saw it and she’s like, ‘No, you can’t do this.’”

A spokesperson for Quebec’s Education Ministry says they “find this behaviour totally inappropriate. A follow-up will be done with the school board to find out more about the circumstances of the event.”

“I’m trying to protect my child,” Chavez said. “And how many other parents are out there doing the same? But if we don’t speak up and we don’t do anything, this is going to get swept under the rug.”