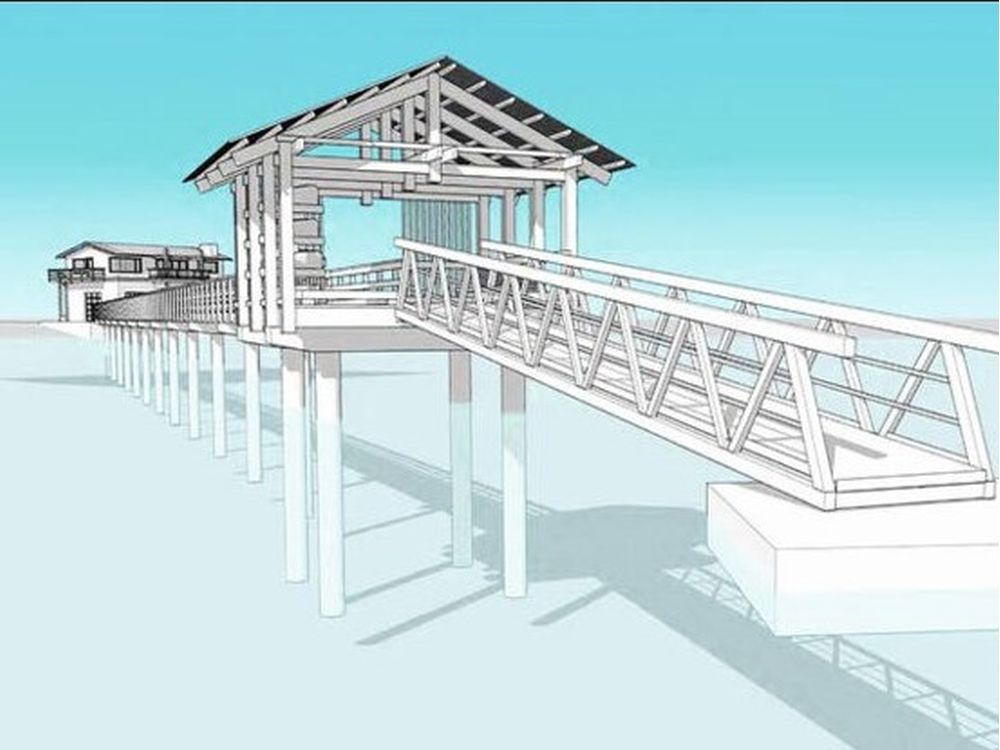 Ladysmith council has approved a development variance permit allowing screen star Pamela Anderson to build a new dock next to her waterfront property in a step toward putting up additional housing for family members.

The new dock would run off the end of Anderson’s five-acre Arcady Auto Court property, which she bought from her grandparents, who ran a holiday cottage business.

That business is not ­operating and the land sat idle for many years. But Anderson has improved the site and last year was honoured with a Ladysmith heritage award for restoration work on the property, which has been in her family for 70 years.

The new dock would go in the same location as a previous one built in the 1940s. All that is left is creosote pilings that would be replaced with ­environmentally friendly steel pilings.

In a letter to council, ­architect Darryl Jonas wrote: “Owner Pamela Anderson is currently planning a small-scale residential development to provide suitable accommodations and amenities so her family can settle on the property and can continue to reside in the community they treasure.”

Jonas expects a comprehensive development plan to be submitted to city hall early this year.

The property had been on a path for a different and higher-density use in 2007 when Anderson, an actor, model and animal-rights activist, and friend Geoff Courtnall, a ­former National Hockey League player, announced they were partnering to build an 83-unit, ­condominium-townhouse ­development. That plan was later dropped.

These days, Anderson is looking at a family-oriented use of the property in her hometown.

An open metal grate will be installed on part of the deck to allow sunlight to filter through to the seabed.

Plans call for an open covered shelter at the end of the wharf, with a gangplank going down to floats where there will be a staging area for marine activities, including space for kayaks and paddle boards.

Addressing council concerns about the number of boats that could be accommodated, a representative of Herold Engineering said capacity would be limited to, at most, a 12-foot vessel and two 20-foot-long boats.

A movable gangplank running from the existing building’s foundation on shore onto the wharf would be raised like a drawbridge to allow public access on the statutory right-of-way running parallel to the shore, Jonas said.

The combined access ramp and wharf would be 73.38 metres long and the dock’s total size would be 137.8 square metres, he said.

Coun. Jeff Virtanen has heard from citizens both in favour of and against the dock. Some fear approval would set a precedent in Ladysmith Harbour, but he does not agree. “We have treated every development variance permit [application] as a unique situation. I don’t think that this creates a precedent at all,” ­Virtanen said.

He dismissed worries from residents that views would be harmed by the proposal. “We have a busy harbour. There’s lots of stuff going on out there,” ­Virtanen said.

Anderson has done “some amazing things restoring this property,” he said.

“A lot of the neighbours are complimentary with what she has done.”

Council voted to approve the variance permit, with Coun. Marsh Stevens the only one opposed. He was concerned about the possibility of a higher number of boats docking, despite the engineer’s assurance that there would not be room for more than three.

Stevens had also hoped to reduce risk to the municipality beyond the applicant’s ­voluntarily committing to $5 million in insurance ­coverage for the municipality. At the request of Mayor Aaron Stone, municipal staff confirmed that no infrastructure works were planned on the statutory right-of-way.