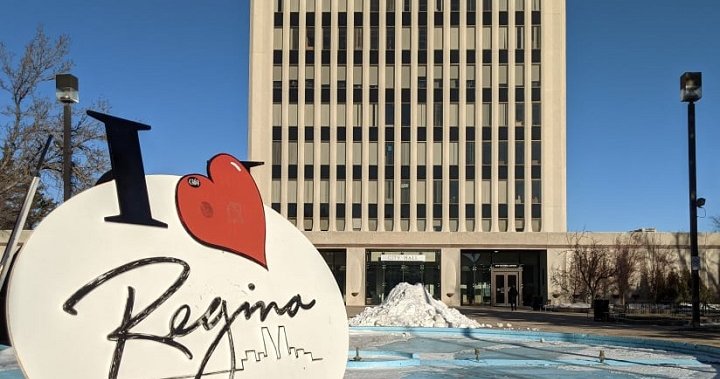 A lengthy list of items are up for discussion at Wednesday’s Regina city council meeting.

One of the agenda items expected to take up much of the discussion is surrounding the proposed Energy and Sustainability Framework — a guide for future energy, emissions and sustainability-related decisions and action to assist the city in reaching its fully renewable goal by 2050.

The strategy, which has a focus on seven big moves to help transition the city to its renewable end goal, received unanimous approval from executive committee at their meeting last week.

Among the big moves listed in the plan are renewable energy projects, low-emissions vehicles and retrofit options for both residential and commercial properties.

City administration has recommended that city council approve the framework.

Earlier in Wednesday’s meeting, city council voted unanimously to approve a Municipal Services and Compatibility Agreement (MSCA) with Carry the Kettle Nakoda Nation as the next steps to develop an urban reserve in the city’s north end are on the horizon.

A memorandum of understanding was inked between the city and Carry the Kettle in February of 2021 to help guide the creation of the MSCA.

During Wednesday’s meeting, Carry the Kettle spokesperson Pat Fiacco said they aim to create a “green sustainable development,” which he added will be a unique urban reserve project in Regina.

Fiacco also told councillors that this urban reserve would be a comparable development to any other property being developed by a landowner.

“Everyone should understand this is a regular development that will co-operate with everyone and be new to all Sask. residents,” stated Fiacco.

Another motion which was passed at Wednesday’s meeting will see three new dog parks be established in the city.

The decision from council will see the development of an off-leash dog park in A.E. Wilson Park in northwest Regina. An amendment to the Regina Animal Bylaw will also see a smaller off-leash spot in Horizon Station Park be set in southeast Regina.

The vote also approves the boarded rink in Litzenberger Park, located in north Regina, as a seasonal off-leash area.

Connie Buchan, who attended the meeting as a spokesperson for the Off-Leash Dog Park User Group, said this is a positive step forward for the city considering Regina is lacking when it comes to dog parks when compared to other cities in North America.

She pointed out that Regina has three year-round dog parks and seven seasonal off-leash areas that take up boarded rinks in the city. Buchan compared those numbers to Saskatoon where there are 14 dog parks, three of which are new, and 17 in Winnipeg.

“The city’s plan for more dog parks and off-leash areas of various kinds in Regina will help with any congestion and over-use of our few locations. It will help lessen the wear and tear on the turf and give dog owners options closer to their own homes and of a style of park that suits their dog and their family,” she added.

According to Regina’s Recreation Master Plan, there is a goal of creating one off-leash dog park per 45,000 citizens.