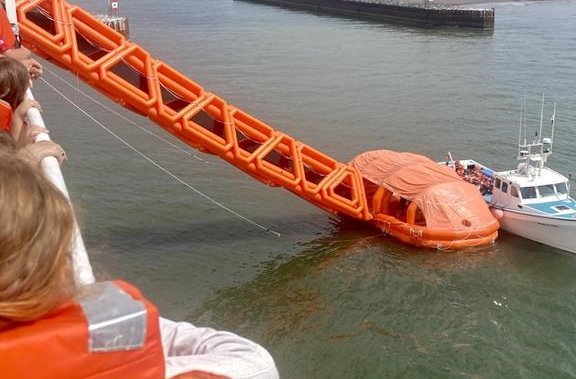 Ferry crossings between Nova Scotia and Prince Edward Island are cancelled for the third day in a row as officials grapple with the aftermath of a fire aboard the MV Holiday Island.

Northumberland Ferries Ltd. says the blaze, which broke out in the ship’s engine room Friday morning, appears to have been out since late Saturday afternoon.

Fire continues to burn on P.E.I.-N.S. ferry, crossings cancelled for rest of weekend

It says tug boats then towed the ship to berth at Wood Islands, P.E.I.

Northumberland Ferries says it is now checking that the fire is fully out and verifying the ship’s stability, structural integrity and other environmental protection measures.

No injuries after fire breaks out on P.E.I.-Nova Scotia ferry

The company says it understands the importance of returning vehicles that remain aboard the ferry but it’s asking customers not to return to the terminal until directed to do so.

This report by The Canadian Press was first published July 24, 2022.