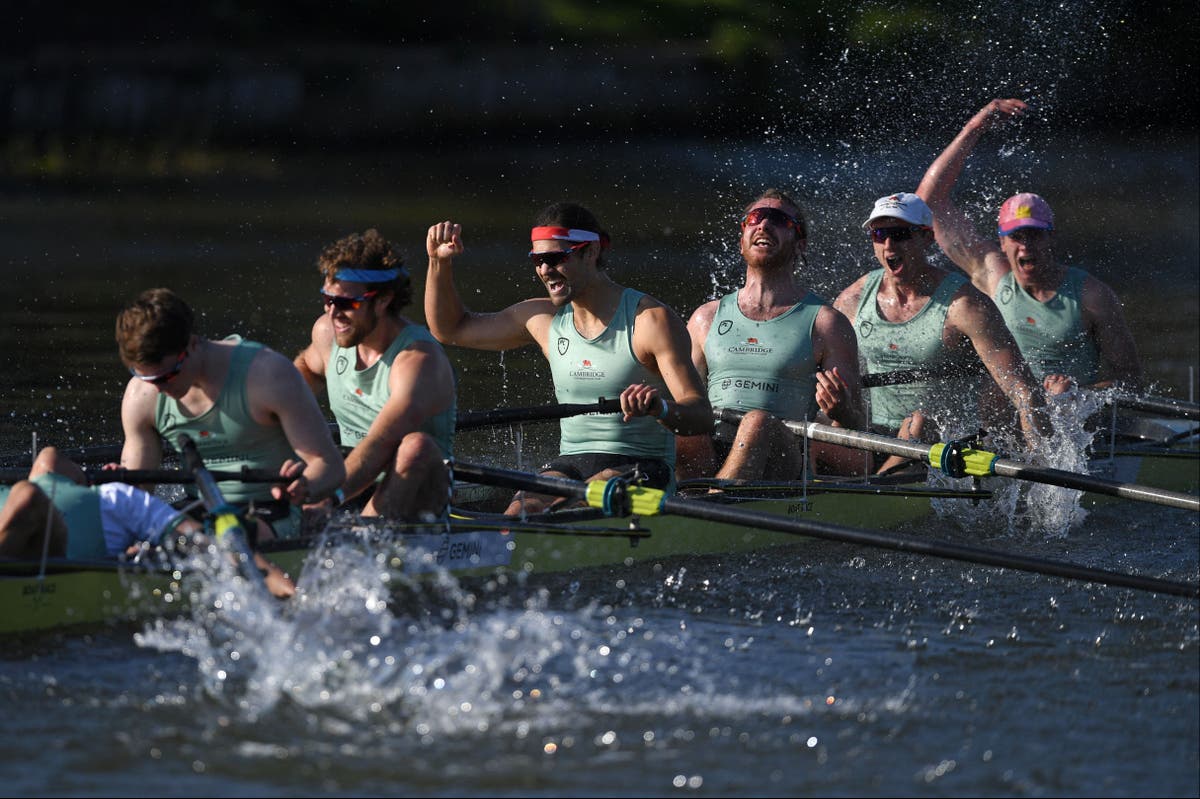 housands of eager spectators are expected to line the banks of the Thames for the annual Oxford vs Cambridge boat race on Sunday.

The highly-anticipated clash will see the two universities square up for another episode in their longstanding waterborne battle.

The women’s race kicks off at 2.23pm and the men’s starts at 3.23pm. Both are expected to last for around 20 minutes.

Where is the race being held?

The historic event will return to the River Thames home on Sunday for the first time since 2019.

In 2020 the event was cancelled due to the coronavirus pandemic and last year it was moved to the Great River Ouse in Cambridgeshire due to Covid restrictions and safety concerns over Hammersmith Bridge.

More than 250,000 spectators are expected to line the river on Sunday to watch the two rivals complete the 4.2-mile championship course between Putney and Mortlake.

How can I watch the race?

The event will be broadcast on BBC One with coverage starting at 1.50pm and ending at 4.20pm.

You can also watch the race via the BBC iPlayer or through The Boat Race’s official YouTube channel.

Cambridge beat Oxford in both races to continue their winning streak.

It was the fourth win in a row for the women and the third for the men.

This year, Cambridge have two British Olympic medallists in their eight-man team in the form of Tom George and Ollie Wynne-Griffith.

“I’m pleased to say we have two fast eights and the rowers have continued to fulfil their potential at every step,” said Cambridge men’s coach Rob Baker in the Boat Race magazine.

“Even in the final days there are opportunities to improve.

“Regardless of how strong a given line up is you never feel like the job is done until the crews are beneath Chiswick Bridge and the race is over.”