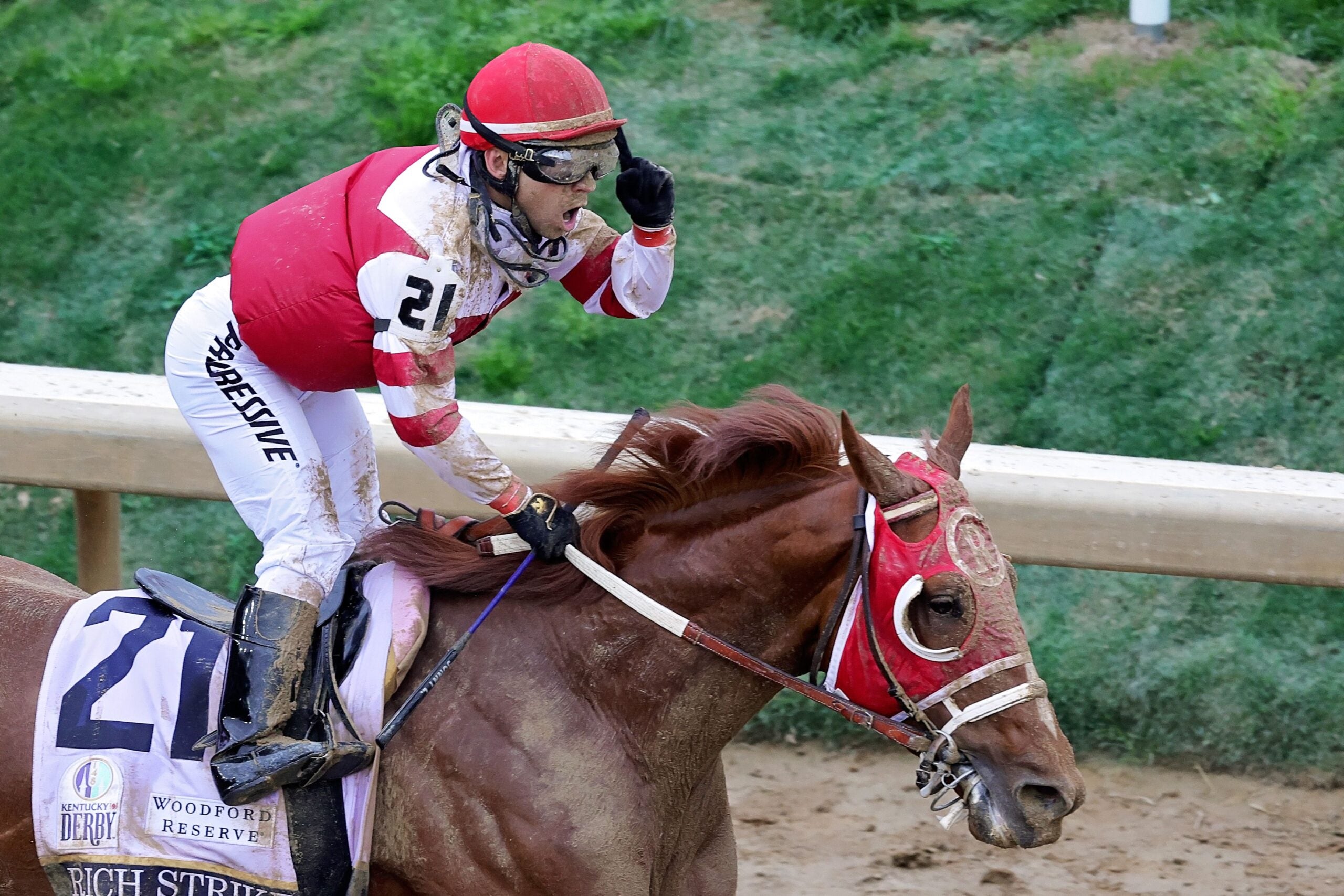 Rich Strike wasn’t even in the Kentucky Derby field until Ethereal Road scratched Friday. Once Rich Strike entered, it did so with an 80-1 shot of winning Saturday’s race. It was jockey Sonny Leon and trainer Eric Reed’s first Derby.

The odds were stacked against them, but they managed to pull out a stunning win to join the Saint Peter’s men’s basketball team as one of 2022’s best underdog stories.

The horse started slowly then quickly picked up steam as the race progressed, eventually hitting its stride in a scintillating final minute.

Watching the live broadcast, it’s difficult for non-horse aficionados to tell just how improbable the victory was. This angle, provided by NBC Sports, shows the unlikelihood of the triumph in a new light. With 50 seconds left, Rich Strike was so far behind he was barely in the picture.

The horse was feisty afterward, but he certainly earned a little fun after piecing together the second-biggest upset in the race’s history.