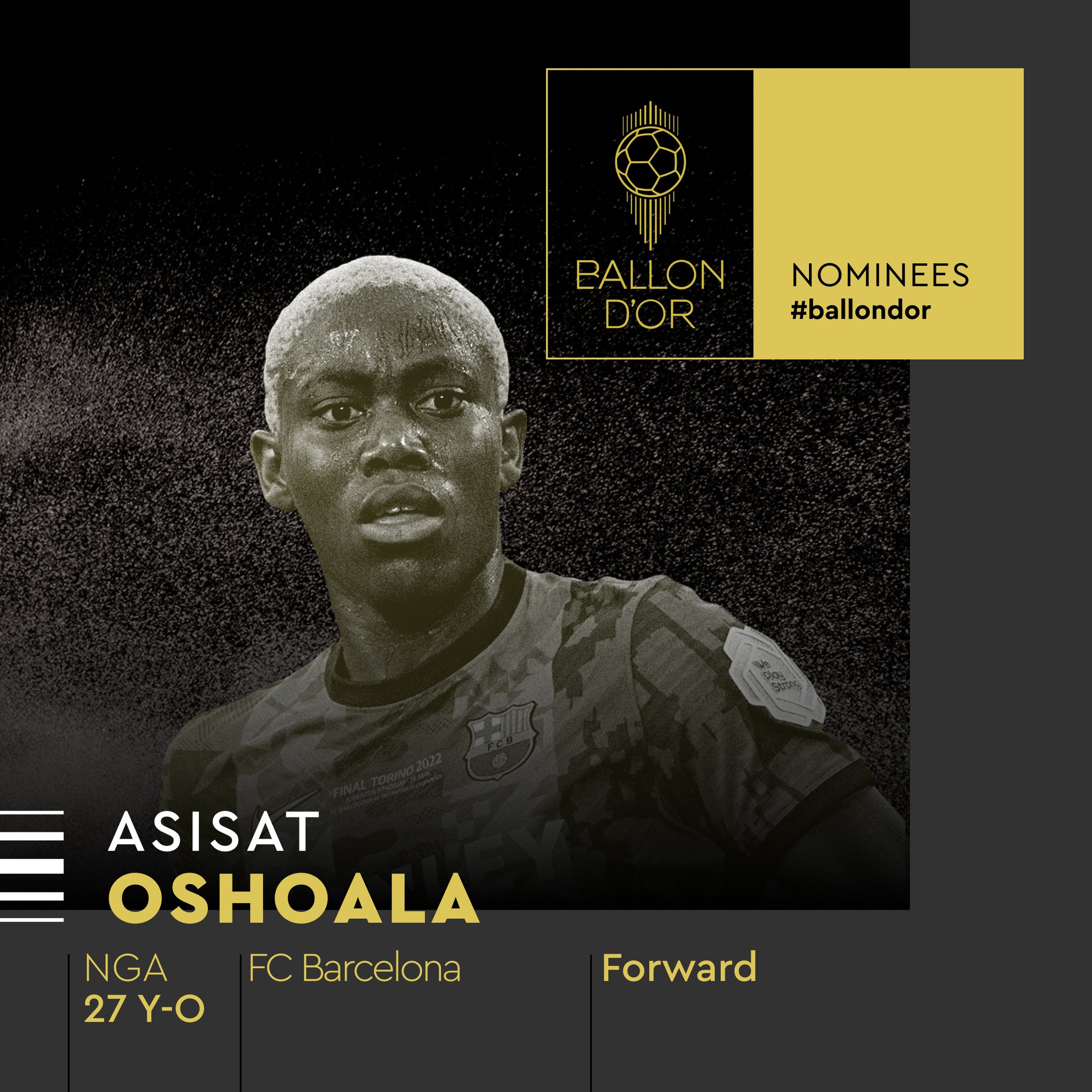 Reigning Africa player of the year, Asisat Oshoala has been nominated for the women’s Ballon d’Or, awarded to the best female footballer of 2022.

Oshoala who played just one game at the just concluded 2022 WAFCON was nominated alongside her Barcelona player,

Barcelona’s Alexia Putellas, the 2021 Ballon d’Or winner, is nominated too.

Chelsea’s Sam Kerr, who scored 20 goals in the Women’s Super League in 2021-22, is also in the running for the prize.

Organisers will announce the winner on 17 October.