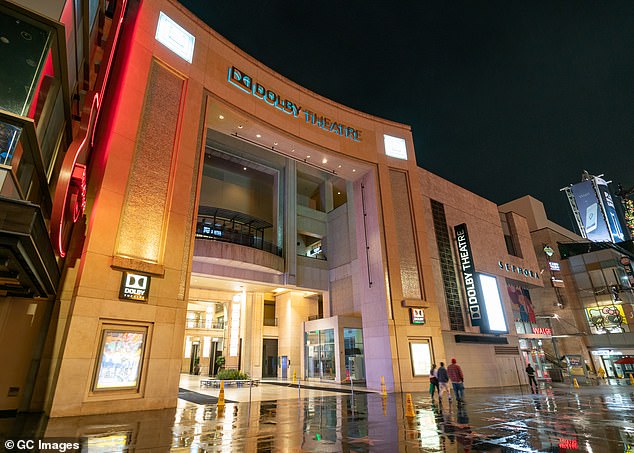 Those attending the Oscars ceremony next month will be required to show proof of COVID vaccination, except that is, the Hollywood elite.

Performers and presenters at the film industry’s highest honors will not need to show proof of vaccination, although they will still have to undergo a PCR test.

Those attending will also be able to show a negative rapid antigen test taken on the day of the event.

The Academy of Motion Picture Arts and Sciences will require others attending the ceremony but who are not taking part in the show to show proof of having received a COVID-19 vaccination and at least two negative results from PCR tests, a person with knowledge of the matter said on Thursday.

Face covering requirements will vary at the event on March 27 at the Dolby Theatre in Hollywood, according to the source.

Nominees and their guests in lower sections of the theater will not be required to wear masks.

They will be seated with more distance than usual between groups, the source said.

Those seated in the mezzanine may be required to wear masks, as they will sit shoulder-to-shoulder. COVID-19 cases are declining in Los Angeles County and organizers are consulting with government officials and infectious disease experts.

The vaccination policies were first reported by the New York Times.

Last year, in 2021 ,guests were sat in socially-distanced seats as masked staff wandered between tables at the 93rd Academy Awards help at Union Station, last April

It’s believed that a more relaxed approach is being taken towards this year’s Oscar ceremony due to the fact several high-profile figures would be prevented from attending including at least one of last year’s acting award winners, together with nominees in other categories.

Other changes to this years Academy Awards will see a host return to host the ceremony for the first time since 2018.

In 2019, comedian Kevin Hart pulled out of hosting the Academy Awards after homophobic tweets he made several years earlier reemerged.

He was not replaced, and while that year’s hostless format drew praise and was even emulated by other awards shows such as the Emmys, subsequent Oscar ceremonies were criticized for lacking focus and humor.

It will be the first time three women will emcee the award show.

Pictured: the films nominated for an Oscar for best picture, top row from left, Belfast, CODA, Don’t Look Up, Drive My Car, Dune, bottom row from left, King Richard, Licorice Pizza, Nightmare Alley, The Power of the Dog, and West Side Story.

Ratings for the telecast have fallen in recent years, dropping to a record low of 10.4 million people in the United States in 2021. Viewership of other awards shows also has declined.

Few other details have been confirmed for the show, which will be produced by Will Packer and were postponed for a second consecutive year.

The delay, reportedly to avoid clashing with February’s Winter Olympics and the Super Bowl in Los Angeles, was announced months before the Omicron variant forced multiple Hollywood shows to scrap in-person events this winter.

Either way, coronavirus safety protocols have been shifting.  Earlier this week, Disney eased its mask mandate for fully vaccinated theme park visitors in California and Florida.

Those attending the Coachella Festival later this year do not have to be vaccinated, tested or masked.

Hollywood’s biggest night will be the polar opposite of what was held in 2020 which was a far less showy, scaled-down affair held at Los Angeles‘ Union Station complete with strict Covid testing rules.

But over the last year, with Covid vaccines widely available and vaccine proof often a requirement for those dining out or attending sporting events, the Academy is still technically sticking to the latest minimum requirements from the Los Angeles Department of Health, according to The Hollywood Reporter.

The Oscars is taking a different approach to other award shows which are still requiring those coming to the event to be vaccinated.

At the SAG Awards which will be held later in February vaccination will be mandatory.

‘All ticketed attendees will be required to show proof of vaccination plus booster shot (if eligible), proof of negative lab-based COVID-19 PCR test within 48 hours of event, and negative antigen (rapid) test the day of the event,’ the requirements state.

Two weeks later, at the Critics Choice Awards on March 13, similar protocols will be in effect.

‘We will be 100 percent vaccinated and require a negative PCR test within 48 hours of the event. I can’t invite people to a show where they’re not going to feel safe,’ said Joey Berlin, COO of the Critics Choice Association.

Rene Zellweger accepts the Best Actress award for Judy onstage during the 92nd Annual Academy Awards, the last to be held at the Dolby Theatre in February 2020