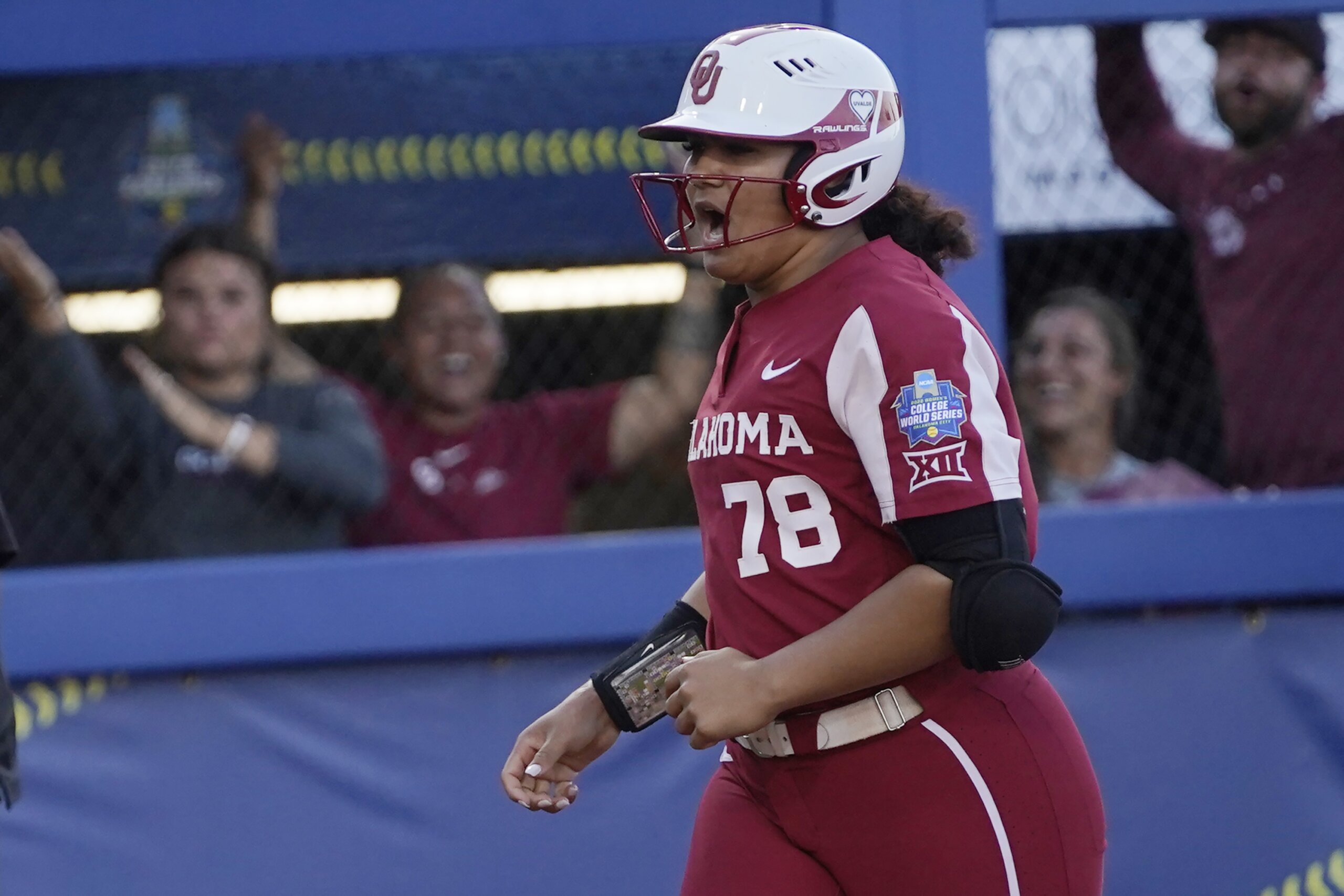 Alo and Jennings each hit two home runs and top-seeded Oklahoma rolled past unseeded Texas 16-1 on Wednesday night in Game 1 of the best-of-three championship series.

Alo and Jennings each have five home runs in the World Series, surpassing the single-series record of four set by several players, including Alo last year. Alo increased her career Division I homer record to 122, and Jennings drove in six runs to set a record for RBIs in a series with 15.

The teams will meet again Thursday in Game 2, with Oklahoma in position to win its sixth national title. Texas (47-21-1) need a win to stay alive. The Longhorns have won six elimination games since the start of the NCAA tournament.

Oklahoma escaped a bit of difficulty in the first and controlled the game from there. Hope Trautwein (22-1) gave up just two hits and a run in five innings, and Nicole May allowed just one hit in two shutout innings.

Alo cranked a no-doubt home run into the left field seats in Oklahoma’s half of the first, and Taylon Snow followed shortly afterward with a three-run blast — just her fourth home run of the season — to make it 5-1 heading into the second. Texas used three pitchers in the inning, and ace Hailey Dolcini (24-12) registered just two outs before getting pulled.