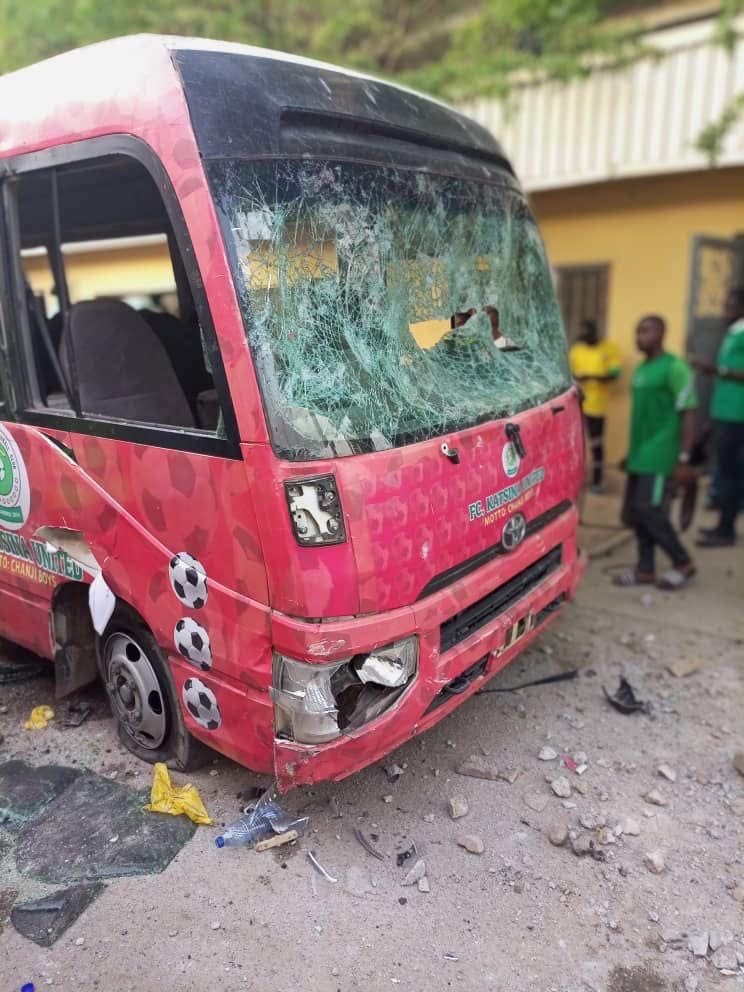 Kano State Governor Abdullahi Umar Ganduje has denounced the recent actions of certain Kano Pillars fans who vandalised a Katsina United vehicle and caused mayhem during a football match between Kano and Katsina clubs at Sani Abacha Stadium in Kano.

He emphasised his displeasure with the conduct, adding, “As a government, we completely condemn this action, and by Allah’s Grace, the genesis of it will be unravelled.”

He stated that “we are raising a very powerful Committee that will look into it.”

He added that, a new vehicle would be purchased for Katsina United football club, to replace their destroyed vehicle.

“This action will not, in any way, harm the cordial relationship that has been existing between Kano and Katsina states.

Kano and Katsina people are one and the same and will remain together forever.”