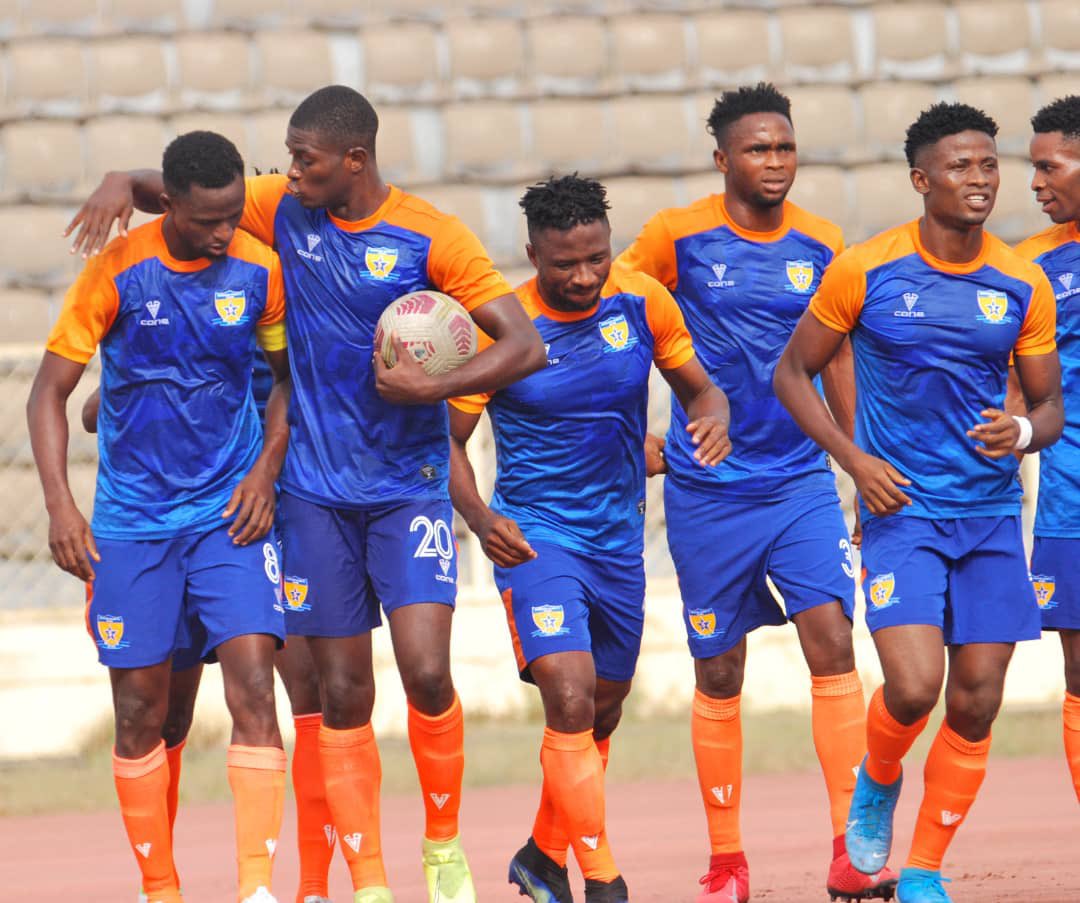 Rivers United have enjoyed the longest run in the NPFL this season but it came to an end through a Ugochukwu Leonard fourth minute goal in Matchday 23.

In other NPFL games played on Thursday, title holders, Akwa United routed Nasarawa United 6-1 In Uyo as they continued their resurgence under new manager, Adebayo Ayeni.

The Promise Keepers scored four goals in the first half.

Fernando Wisdom scored a brace in the 22nd and 28th minute.

King Osanga gave the visitors hope as he scored in the 54th minute.

Struggling Heartland FC dented Plateau United hope to reduce the gap on Rivers United as they defeated the visitors 1-0.

At the Enyimba International Stadium, Enyimba FC thumped Kano Pillars 4-0 to move up in the NPFL table.

Victor Mbaoma inspired the Peoples Elephant with a brace as he broke the deadlock in the 31st minute before he doubled the scoreline in the 64th minute.

Emeka Obioma scored third goal in the 74th minute before Godwin Emmanuel wrapped up matters in the 90th minute.

It was the first time since August 2017 that Enyimba won by 4+ goal margin when they thrashed Wikki Tourists 4-0.

MFM FC plunged deep into the relegation zone following a 2-0 away loss to Wikki Tourist ms at the Teslim Balogun Stadium, Lagos.

Abubakar Aliyu gave the visitors an early lead in two minutes before Salomon Chigoziem put doubled the lead just three minutes to end of the game.

Dakkada’s only goal of the game was scored by Etido Dan.

Katsina United improved their survival chances with a 3-1 victory over 3SC at the Muhammadu Dikko Stadium.

Six minutes later, Dauda scored from the penalty spot to give the hosts the lead again.

On the 90th minute, Aliyu Musa scores the third goal for Katsina United, saving the points.

Rangers, the former champions, were defeated 2-1 by the Niger Tornadoes at Minna.

Rangers fell behind after Segun Alebiosu gave Tornadoes the lead on 33 minutes.

On the hour mark, the Flying Antelopes battled back and equalised through Kenechukwu Agu.

Tornadoes’ Musa Wakili, on the other hand, scored the game-winning goal eight minutes from time.

Abia Warriors held Kwara United to a 1-1 draw in Ilorin.

Lobi Stars’ survival chances were boosted by a 2-1 victory over Gombe United in Makurdi.