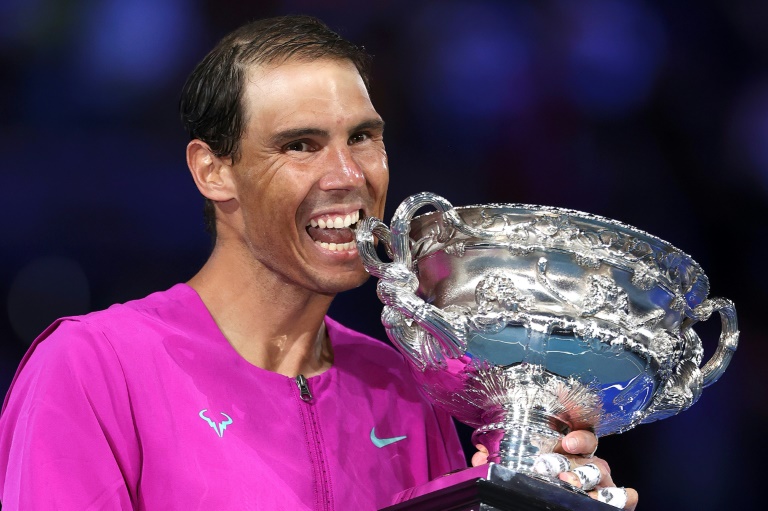 Rafael Nadal completed an unlikely comeback to claim the men’s singles crown at the 2022 Australian Open. The Spaniard created history and became the first player to win 21 Grand Slam titles, ahead of “Big Three” rivals Roger Federer and Novak Djokovic, who are currently tied with 20 majors apiece.

The debate about who among the three is the greatest player of all time, took a new turn with Nadal now in the driver’s seat to take the accolade. The Spaniard, who came back from a career threatening injury that saw him miss the second-half of last season, to win the Australian Open is now being heralded as probably the greatest.

However, former British number one Greg Rusedski feels Djokovic has the time on his hands to overtake Nadal and end this era as the greatest ever. The Serbian world number one was favourite to claim the 21st Grand Slam title ahead of Federer and Nadal, but was unable to play in Melbourne after his visa was cancelled owing to his vaccination status.

“If you had wanted to bet your house on anyone at a very young age it would have been Rafa,” Rusedski wrote in The Telegraph, as quoted on Tennis 365. “He has delivered on that promise, but I do still believe that this era in tennis will end with Novak being regarded as the greatest.”

There is no doubt that the number of Grand Slam titles will play a role in the debate about who among the three is greatest of all, but Rusedski feels that Djokovic, Federer and Nadal have their strengths on different surfaces. The former British ace feels the trio’s tennis IQ is beyond anyone currently on the tour, and feels they pushed each other to compete at the highest level over the last decade and a half.

“To have had the three greatest at the same time has been incredible. They all wanted the same thing and they have inspired each other,” Rusedski added.

“Would Roger and Rafa have played as long without each other? Would Novak still be going for all these records without these guys pushing him, and having set the standard? They have improved every year and their tennis IQs are just out of sight.”