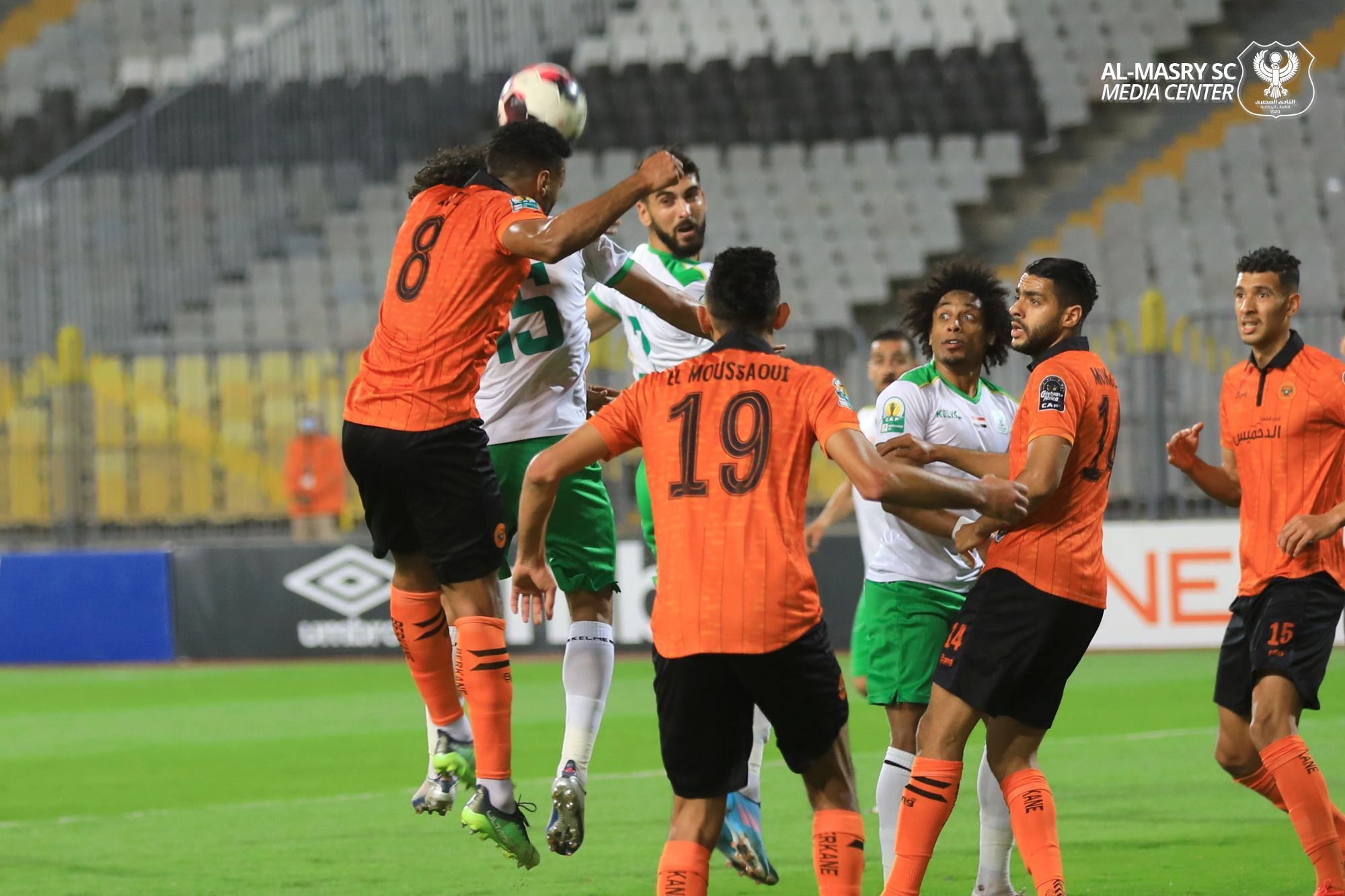 In the second half, Masry had two players sent off: Amr Moussa was sent off four minutes after the restart for a studs-up challenge, and Elyes Jelassi was sent off in the 69th minute for stamping.

In both cases, the referee issued yellow cards at first, but after consulting replays on the VAR pitch-side monitor, the yellows were raised to reds.

Moussa and Jelassi will both be unavailable for the rematch in Berkane the following weekend.

Both times they had men sent off, Masry didn’t look fazed and still attacked, while Berkane failed to maximize on the situation.

They were stunned with eight minutes left and are now left with a huge task in the return tie in Morocco next weekend.

The single away goal will give Berkane encouragement, but they will be disappointed that they did not take advantage of their numerical advantage.

Amr Marei slid in to beat the Berkane keeper with a low shot after outmuscling his opponents to sprint on to a Jelassi cross from midfield in the 10th minute, breaking the deadlock.

Seven minutes later, Berkane equalised through Hamza Regragui, who simply tapped in after Chadrack Lukombe’s right-wing cross found him unmarked inside the box.

The second half was a slugfest, with two Masry players receiving yellow cards.

But Masry fought back and were rewarded late on when Ayouni struck a spectacular freekick from nearly 35 yards out to seal the victory.