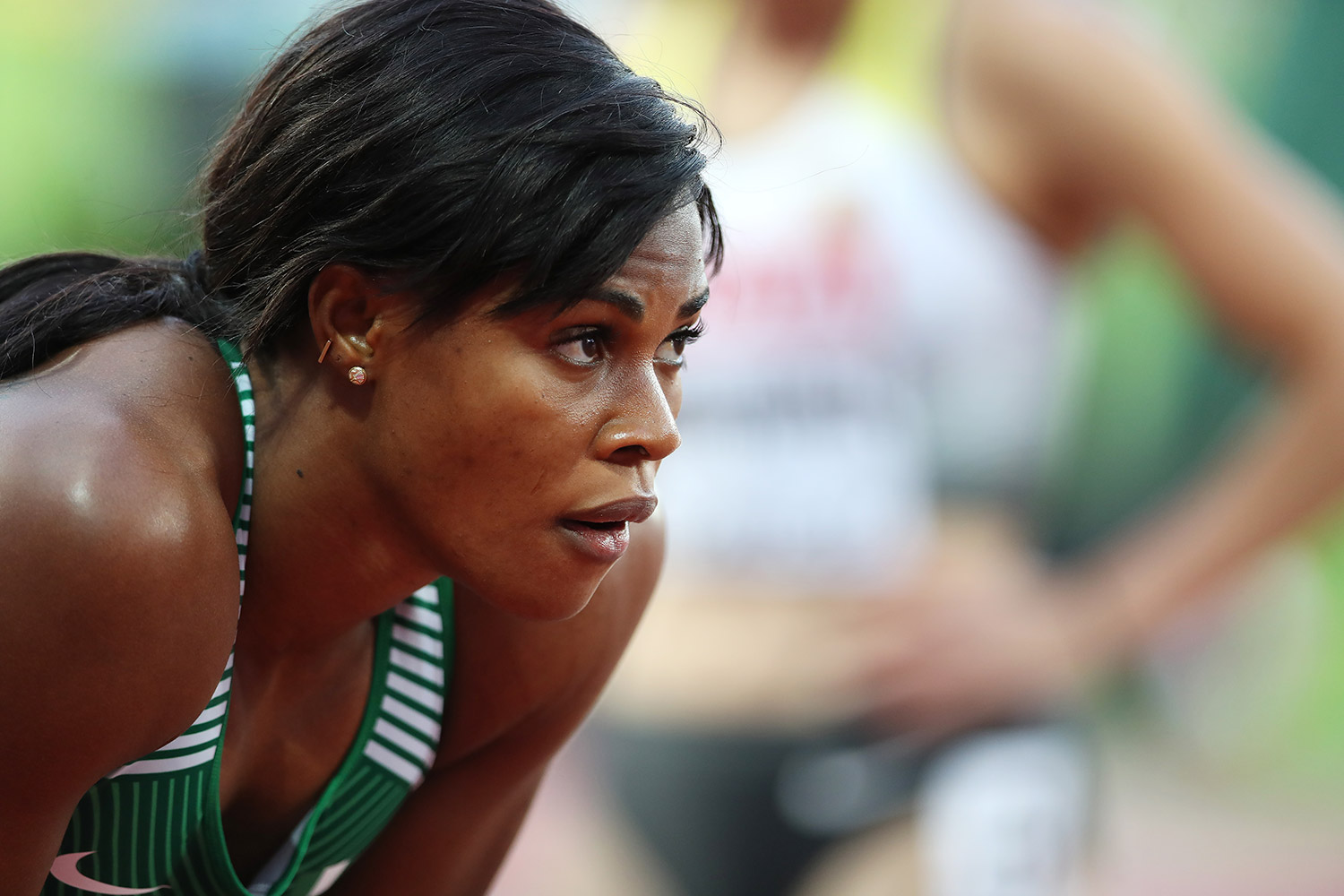 The 2008 Beijing Olympics long jump silver medalist was handed ‘five years for the presence and use of multiple prohibited substances and five years for her refusal to co-operate with the AIU’s investigation into her case.

The 33-year-old sprinter was expelled from the Tokyo Olympics last year before the women’s 100m semi-finals after testing positive for human growth hormone at an out-of-competition test in Slovakia on July 19.

“The Disciplinary Tribunal has banned Nigerian sprinter Blessing Okagbare for a total of 10 years,” read an AIU statement.

“Five years for the presence and use of multiple prohibited substances and five years for her refusal to co-operate with the AIU’s investigation into her case.”

Okagbare who also won long jump silver in the 2013 world outdoor championships where she added a 200m bronze was not named but clearly identified in an indictment last month brought against her alleged supplier, Texas therapist Eric Lira.

US justice department officials in New York said Eric Lira, a 41-year-old “naturopathic” therapist based in El Paso, supplied drugs to two athletes for the “purpose of corrupting” the Tokyo Games.

The indictment included encrypted correspondence from Okagbare who was  identified only as “Athlete 1”. She testified to the effectiveness of the substances following Olympic trials in Lagos on June 17, where she clocked a wind-assisted 10.63sec in the 100m.

In a later message, Lira said Okagbare was poised to “dominate” in Tokyo.

“What you did . . . is going to help you for the upcoming events,” Lira wrote. “You are doing your part and you will be ready to dominate.”

The indictment also included details of further exchanges between Okagbare and Lira after she is informed of her positive test.

The case is the first time charges have been brought under the Rodchenkov Act — a law introduced in the United States in 2020 in the wake of Russia’s state-backed doping scandal.