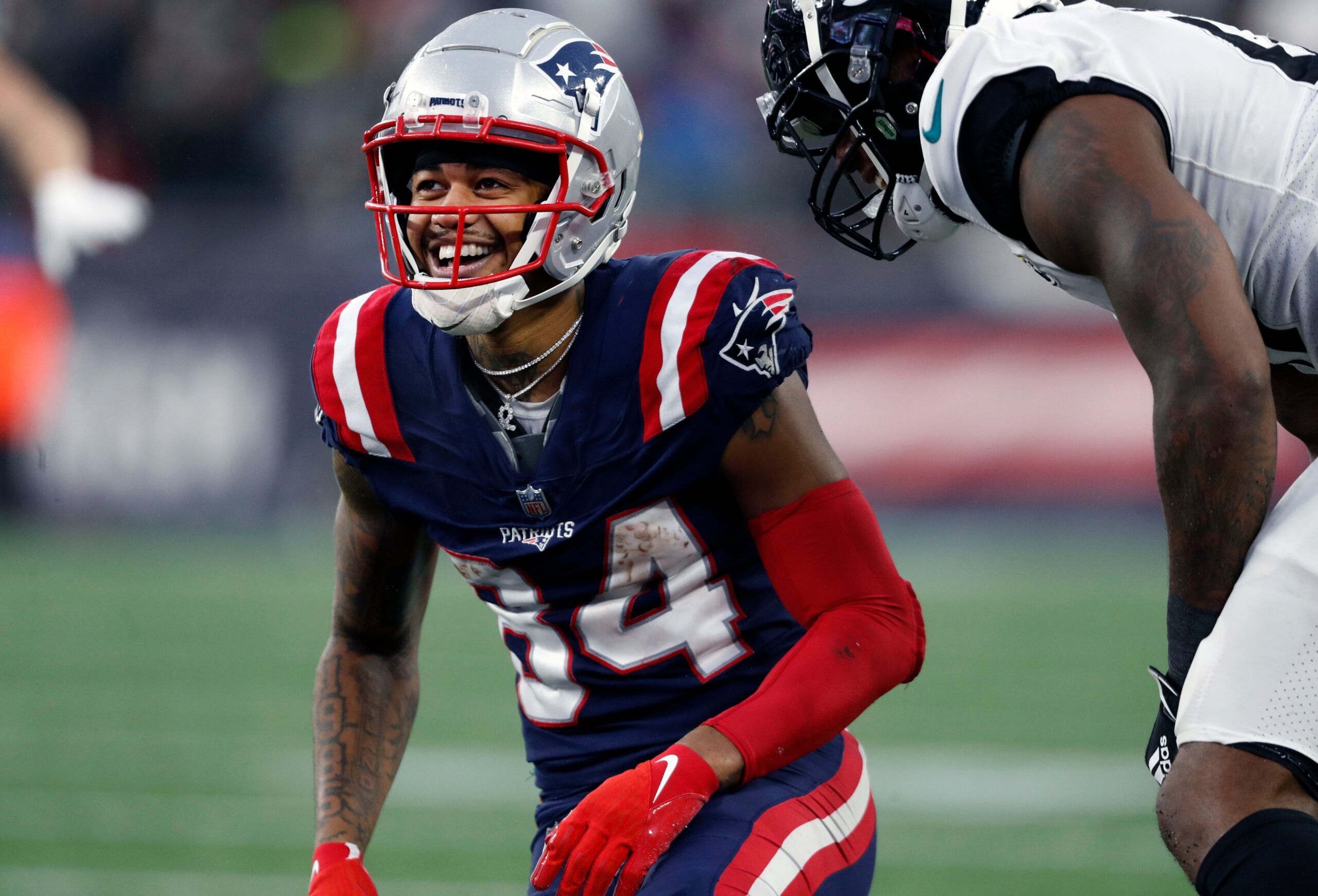 It’s been well-documented how much money the Patriots spent last offseason. But in case you need a refresher, they spent a record $163 million in guaranteed money, agreeing to big-money deals with Matthew Judon, Hunter Henry, Jonnu Smith, and Nelson Agholor.

While that group of players drew the headlines in March, a signing that went under the radar has helped the Patriots greatly this season. Wide receiver Kendrick Bourne, who signed a three-year, $15 million deal, has the second-most receptions (52), receiving yards (776), and receiving touchdowns (five) on the team this season.

ESPN NFL expert Bill Barnwell, who named Bourne to his “All-Underrated Team” in November, shared why Bourne was one of the best bargain deals in the NFL from last offseason by comparing his production to the other receivers and tight ends the Patriots signed.

“Bourne represents the best value from New England’s offseason spending spree at receiver,” Barnwell wrote. “I don’t doubt that quarterback Mac Jones has been helped by all the veterans — and tight end Hunter Henry has nine touchdowns — but Henry, Jonnu Smith and Nelson Agholor have a combined average annual value of $36 million on their deals and have 1,261 total yards this season. Bourne’s three-year, $15-million deal, on the other hand, has been a bargain.

“The former 49ers wideout has been the poor man’s Deebo Samuel, racking up 776 receiving yards while adding a quietly impressive 117 rushing yards on 11 carries. He doesn’t have Samuel’s ability to make an impact as a traditional running back, but when you’re averaging 11.8 yards per target, you’re doing something right. His mark there leads the league, just ahead of the guy with 11.6 yards per target in second place … Samuel. In a league in which signing a successful free-agent wide receiver is virtually impossible, Bourne has been the exception to the rule.”

As Barnwell alluded to, Bourne has really helped the Patriots move the ball down the field this season. Twenty-seven of his 52 receptions have resulted in first downs. He’s tied for 15th in the AFC in big catches (receptions that are more than 25 yards) with six. He’s 14th in the league in receiving yards per catch at 14.9. Bourne also has 367 yards after catch this year, good for the 18th-best mark in the AFC.

In the ground game, six of Bourne’s 11 carries have moved the chains for the Patriots. With Damien Harris out in the Patriots’ Week 10 win over the Browns, Bourne stepped up by rushing three times for 43 yards.

Bourne’s also made some noteworthy plays to get into the end zone for the Patriots this season. In Week 3 against the Saints, Bourne caught a heavily contested ball and tiptoed along the sideline to score his first touchdown as a Patriot.

His most noteworthy play on the season came in Week 6 when he caught a 75-yard touchdown pass in traffic to give the Patriots a late lead against the Cowboys. New England eventually lost that game, but it turned to Bourne for a trick play a week later. In Week 7, Bourne threw a 25-yard touchdown pass to Agholor on the Patriots’ opening drive in a blowout win over the Jets.

Bourne didn’t reach the end zone again until Week 10 against the Browns. In addition to rushing for 43 yards in that game, Bourne had four catches for 98 yards – with one of them being a 23-yard leaping grab for a touchdown in a Patriots’ 45-7 blowout win.

All in all, Bourne has made life easier for rookie Mac Jones, who has a 134.6 passer rating when targeting Bourne this season – a team best.