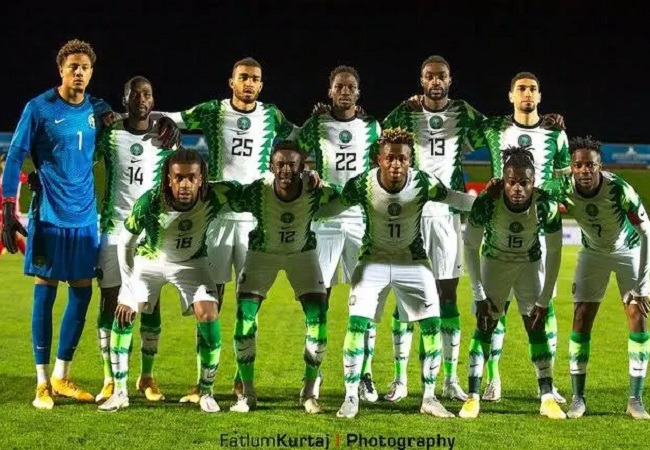 Ahead of two friendlies the Super Eagles will play end of this month to tackle early June a 2023 AFCON qualifying match against Sierra Leone, the Nigeria Football Federation – NFF has revealed when a new coach will be revealed.

And by the way, the NFF released on Tuesday a list of 30 players for the friendlies against Mexico and Ecuador.

NFF President, Amaju Pinnick said they decided on conducting interviews for every candidate after meeting the Ministry of Sports.

Portuguese coach, Jose Peseiro is believed to be favourite for the job having had an agreement in principle with the federation before that was cancelled.

Other contenders including Phillip Cocu, Ernesto Valverde and Laurent Blanc are also expected to meet the NFF on Zoom.

There has been due complaints from Nigerians on the lateness of announcement of the man to tinker the Super Eagles.

Pinnick has however revealed that the Super Eagles new boss will be announced latest Thursday.

“The outcome of the meeting with the minister was very good and cordial.” PUNCH reported Pinnick as saying.

“All the minister wants is fair play and not just Peseiro. He wants us to weigh other options and we will be announcing the new Eagles coach latest by Thursday.”

“I don’t know who that will be yet. Because we are talking to many of them and we’ve had zoom meetings with them.” Added NFF President.