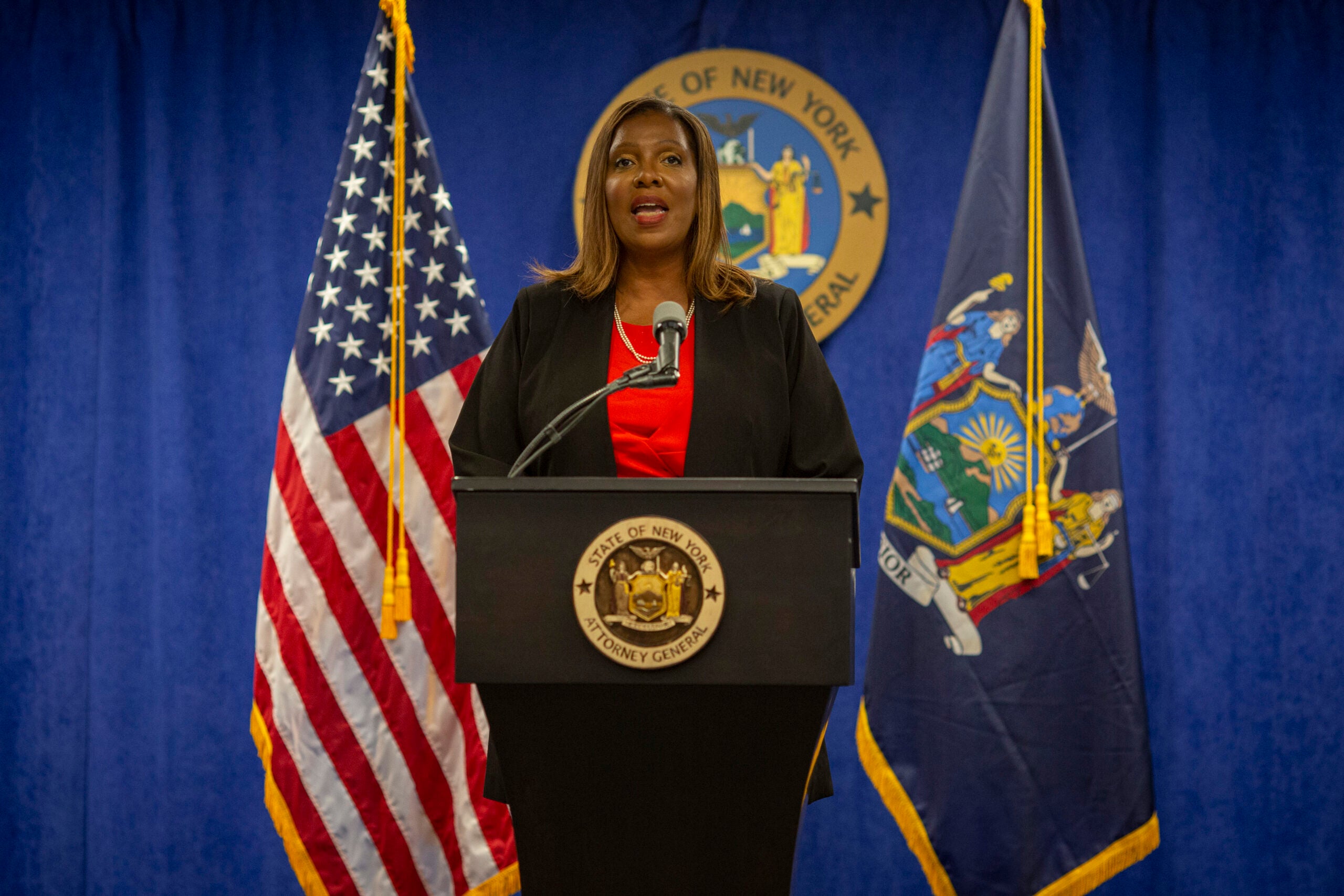 NEW YORK — The New York attorney general can interview Donald Trump and two of his adult children under oath as part of a civil inquiry into his business practices, a judge ruled Thursday, rejecting the former president’s effort to block the questioning.

The inquiry by the attorney general, Letitia James, and a parallel criminal investigation led by the Manhattan district attorney are examining whether Trump improperly inflated the value of his assets to receive favorable loans.

Lawyers for the Trump family had sought to prohibit James, a Democrat, from interviewing Trump, Donald Trump Jr. and Ivanka Trump. They had argued that she was politically biased against Donald Trump and was inappropriately using her civil inquiry to aid the district attorney’s criminal investigation, which she is also participating in.

But the judge, Arthur F. Engoron, ruled in favor of James’ lawyers, who had asked that the former president and the two adult children be interviewed by next month.

The ruling does not mean that James will automatically receive the answers she is seeking. Trump and his children can invoke their constitutional right to not incriminate themselves, as Trump’s other adult son, Eric Trump, did when questioned by the attorney general’s office in October 2020. The Trump family can also appeal the decision.

The judge’s decision followed a fiery virtual hearing in state Supreme Court on Thursday, during which lawyers for Trump and the attorney general made their cases. Several times, Trump’s lawyers became so heated that Engoron and his law clerk had to call for a timeout — raising their hands in the shape of a “T,” a gesture more often seen at a sporting event than in a courtroom.

Although James had signaled in court papers that she had amassed significant evidence against Trump’s family business — she has accused the Trump Organization of engaging in “fraudulent or misleading” practices — she has said that she needs to question Trump and his children before determining her next move.

Trump and his children sought to block the questioning, and James responded in a court filing last month, arguing that there was “heightened need” for testimony from the three family members. She said that by questioning them, she would be able to determine who was responsible for the misstatements and omissions that the organization made in its financial documents.

Because James’ inquiry is civil, she cannot bring criminal charges. If she finds evidence of criminal wrongdoing, she can file a lawsuit against Trump, his organization or others involved in the business. In last month’s filing, James said that her lawyers had not yet reached a final decision on a lawsuit but argued that “the grounds for conducting the investigation are beyond reproach.”

On Monday, James released a letter in which Trump’s accounting firm, Mazars USA, cut ties with the former president and essentially retracted a decade’s worth of his financial statements. Those financial statements, which include various disclaimers noting that they are unaudited, are central to the civil and criminal investigations into Trump.

The criminal investigation, which is similarly focused on whether Trump used those statements to mislead his lenders about the value of his hotels, golf clubs and other properties, is being led by Alvin Bragg, the Manhattan district attorney who inherited it when he took office in January.

Last year, under Bragg’s predecessor, Manhattan prosecutors separately indicted the Trump Organization and its longtime chief financial officer, Allen Weisselberg, accusing them of conducting a yearslong scheme to evade taxes by compensating employees with special benefits such as apartment rentals and luxury cars.

Trump’s lawyers said that the criminal inquiry, which also involves investigators from James’ office, would improperly benefit if the attorney general’s office questioned Trump and his children in the civil inquiry. They said that James would be able to obtain information valuable to the criminal investigation without having to provide the family members the immunity that they would receive were they to testify in front of a criminal grand jury. (Under New York law, witnesses who appear before the grand jury receive immunity from prosecution on the subject of their testimony.)

And even if the family members were to decline to answer questions as part of James’ civil inquiry — as they are permitted to do under the Fifth Amendment — the lawyers said that decision could have negative repercussions for the criminal case, making headline-grabbing news that would make it difficult to select a jury. Once seated, a criminal jury would be instructed not to hold any refusal to answer questions against the Trump family.

In a civil trial, refusing to answer questions might harm the Trumps: Their silence could be used against them.

Get news delivered to your inbox each morning.