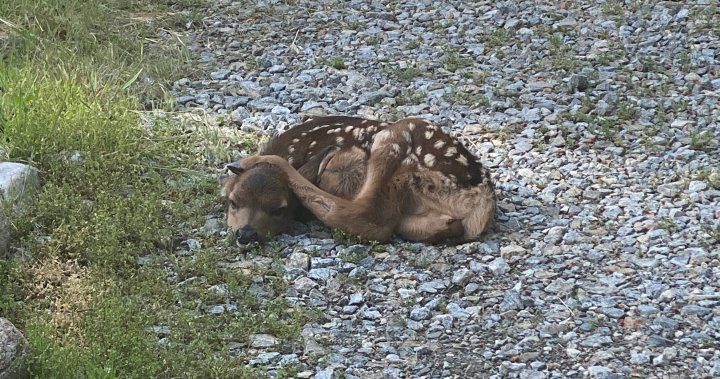 The Interior Wildlife Rehabilitation Society received permission from the federal and provincial governments to open its new facility in Summerland.

“Now the Okanagan has a facility to rehabilitate wildlife for release. Euthanasia or long-distance transport outside of the valley were the only options (previously) available for any wild species other than birds of prey.”

The facility can care for native small mammals and water birds, however, deer, moose, large carnivores, and invasive species are not covered under the current permits.

Raptors will continue to get care at SORCO in Oliver where large exercise flight pens and an onsite feeder-rodent breeding program have been long-established specifically for them.

“We have built species-specific housing with various therapy pools for waterfowl, native turtles, and other species living around the shores of our lakes and streams,” said Hartmann.

“We can proudly say that we have passed our facility inspection conducted by government officials including BC wildlife veterinarian Caeley Thacker.”

0:28
Owl rescued from Enderby netting released into the wild

Owl rescued from Enderby netting released into the wild – Feb 16, 2022

The facility is not open to the general public, as per permit restrictions and the exact location remains undisclosed.

“This is to discourage people from kidnapping infant wildlife that may appear orphaned, but in fact are well fed and uninjured, most likely awaiting a parent to return for nursing or flight lessons.”

Injured wildlife in rehabilitation centres need peace and quiet to recover and too much human activity can stress out the animals.

If you believe to have found a wild small mammal or water bird in distress the society says to call the RAPP line for advice, bring them to a veterinary clinic for assessment or consult a wildlife expert.

“We do not accept direct drop-offs by the public, however once assessed and deemed a rehabilitation candidate by a professional, our volunteers will transport the animal to IWRS’s care facility for admission,” said Hartmann.