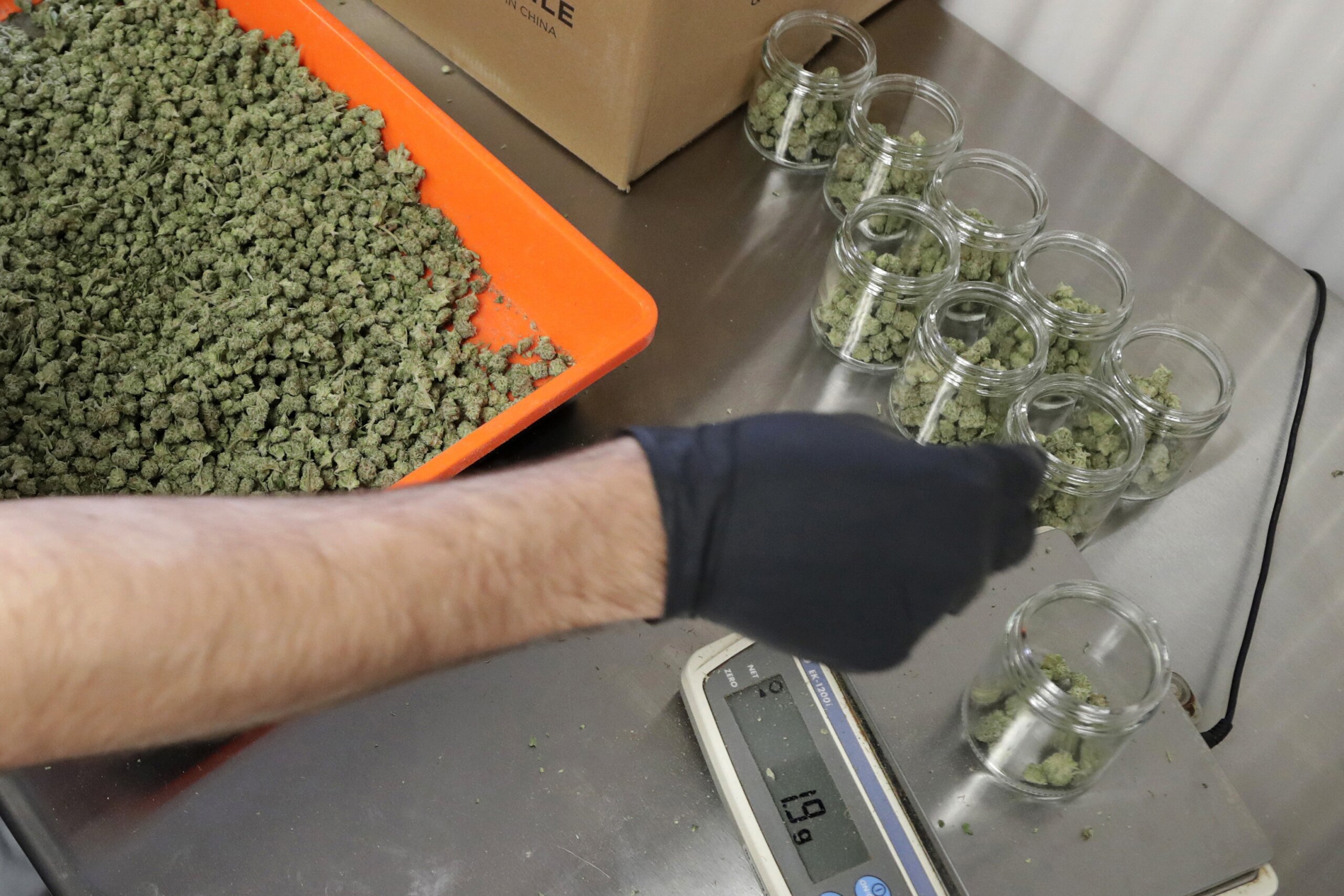 Recreational sales of cannabis for adults 21 and older are scheduled to start Thursday, with the first alternative treatment centers opening at 6 a.m. in part of the state.

“It’s a huge event. It’s a moment in time in American history where prohibition 2.0 is lifted,” said Ben Kovler, the chairman and CEO of Green Thumb Industries, which has two facilities opening Thursday, one in Bloomfield and another in Paterson.

The start of the recreational market comes a a week after Democratic Gov. Phil Murphy announced that state regulators had cleared the way for recreational sales at seven “alternative treatment centers” that had already offered medical cannabis. The seven centers operate 13 facilities across the state.

New Jersey is among 18 states, plus the District of Columbia, with legalized recreational marijuana markets. Thirty-seven states, including New Jersey, have legalized medical marijuana.

New Jersey is first among its closest neighbors to begin recreational sales.

New York is moving forward with a recreational market but sales are not expected to start until the end of the year, state officials have said.

Neighboring Pennsylvania has medical cannabis but not recreational. Some cities, including Philadelphia and Pittsburgh, passed ordinances to decriminalize marijuana or make it a low law enforcement priority.

Legislation to permit recreational marijuana in Delaware was defeated in March.

To get regulatory approval, the facilities told regulators they would not interrupt access for medical marijuana patients.

Ziad Ghanem, the president and chief operating officer of TerrAscend, which operates centers in Maplewood and Philipsburg, said to accommodate patients, the centers would have a “narrower menu” to start for recreational users.

The centers also are required to meet social equity standards, such as providing technical knowledge to new marijuana businesses, especially social equity applicants — those located in economically struggling parts of the state or people who have had cannabis-related offenses.

New Jersey’s tax revenues are expected to climb, but it’s not clear by how much. Murphy’s fiscal year 2023 budget is pending before the Democrat-led Legislature and estimates revenues of just $19 million in a nearly $49 billion budget. In 2019, as legalization of recreational marijuana was still just pending before voters, he had estimated about $60 million in revenue.

Legislation governing the recreational market calls for the 6.625% sales tax to apply, with 70% of the proceeds going to areas disproportionately affected by marijuana-related arrests. Black residents were likelier — up to three times as much — to face marijuana charges than white residents. Towns can also levy a tax of up to 2%.

In a memo to law enforcement officers across the state, acting Attorney General Matt Platkin reminded police that unregulated marijuana continues to be an illegal substance.

State regulators say dispensaries are allowed to sell up to the equivalent of 1 ounce of cannabis, which means an ounce of dried flower, or 5 grams of concentrate or 1,000 milligrams of edibles, like gummies. Perishable items like cookies and brownies are not available.