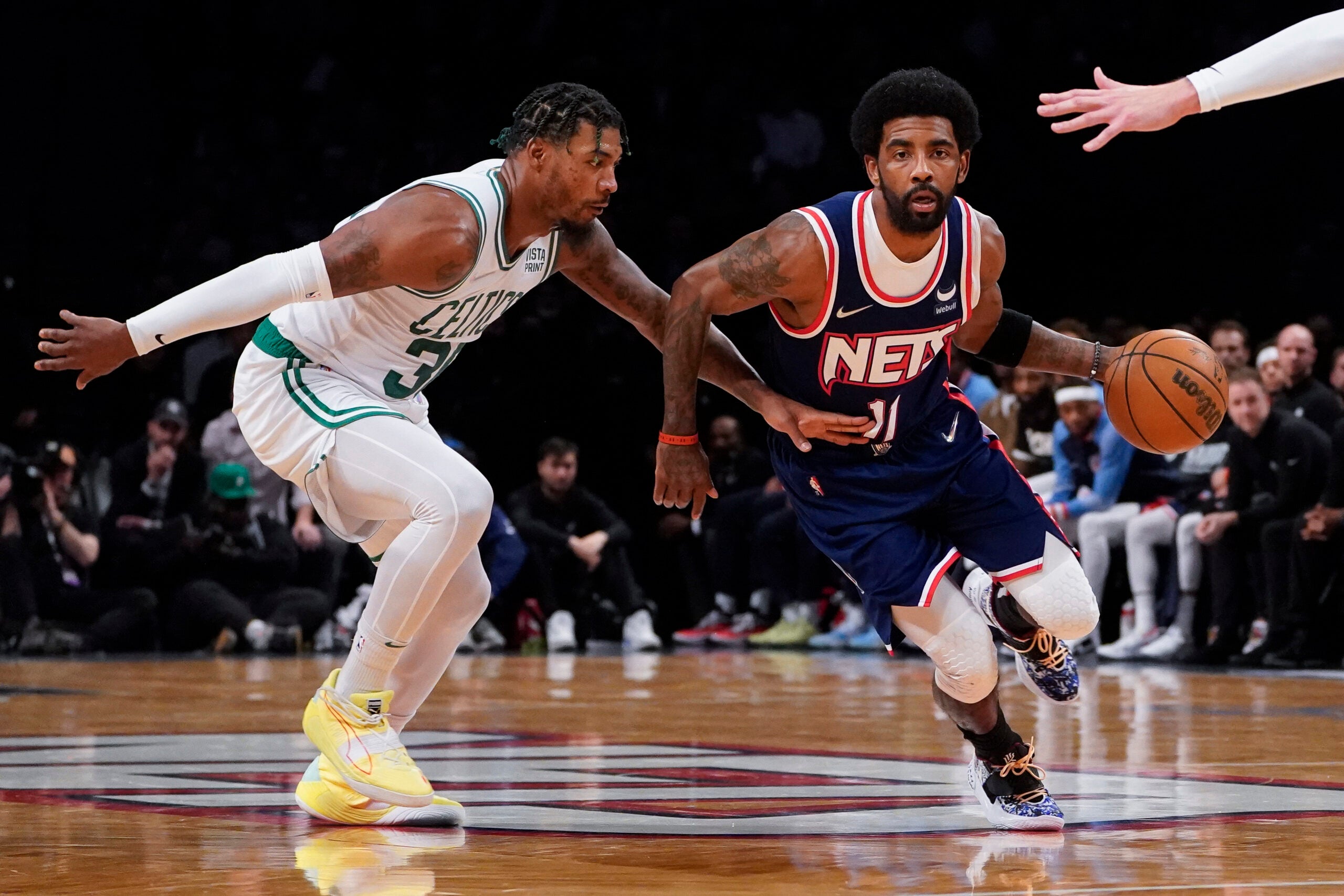 Kyrie Irving seems to have come to terms with the way he and the Nets bowed out of the postseason last year.

Going into their first-round series against the Celtics, the Nets were not favored, but they were expected to give the Celtics a fight. Given Irving and Kevin Durant’s experience, many experts picked them to win even though the Celtics were red-hot and a lackluster regular season dropped the Nets to the No. 7 seed.

Instead, the Celtics took care of business and swept the Nets — albeit in four relatively close games.

The optics weren’t encouraging for the Nets and kickstarted a dramatic summer that included Durant’s trade request (which ultimately fizzled out).

“We got 4-0’d my G, we got 4-0’d,” Irving said on a recent Twitch stream. “It was meant to happen like that. Motivation, bro. We needed that humbling experience, especially going against the Celtics. It was already built to be that matchup. We’re going to see them again, we’re going to have to. They’re going to be where they’re going to be.”

Irving added that he was impressed by the way his former teammates rallied together after a disappointing 2020-21 campaign (and a tough start the next year as well).

“Those youngins over there in Boston, bro, I got to see them grow up,” he said. “So to see them do what they did last year on the Finals stage, making it that far, I’m glad they had to go through us.”

The Celtics face the Nets for the first time since the postseason on Dec. 4 in Brooklyn.