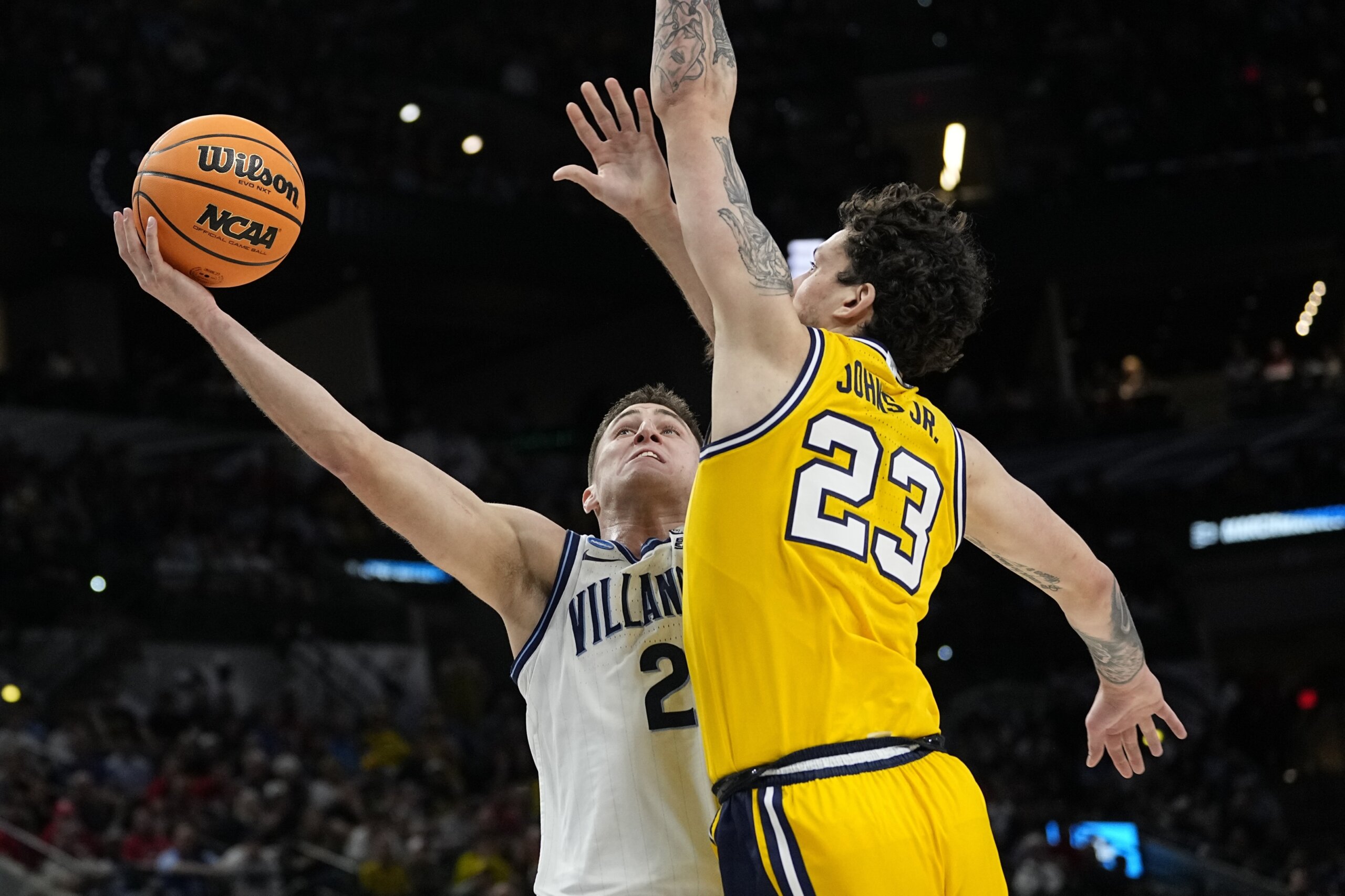 Villanova did its best without Gillespie’s shooting and grittiness, but ended up bowing out in the Sweet 16.

Now that Gillespie’s back, the Wildcats are back in the Final Four and it’s no coincidence.

“His presence out there is so important to us, whether he’s scoring or not,” Wright said. “He’s our leader and the guys respect him so much.”

Gillespie returned the Final Four for the second time in his career this week in New Orleans, though in a much different role.

The 6-foot-3 guard was a backup as a freshman on a veteran team that won the 2018 national championship. Gillespie was named the 2021 Big East player of the year, but didn’t play in the postseason after tearing his MCL late in the regular season.

Now a fifth-year senior, Gillespie has been Villanova’s unquestioned leader, providing the Wildcats with poise and clutch shooting on their road to Saturday’s semifinal game against Kansas. Win or lose, Gillespie will go down as one of the best players in Villanova history.

“I just want to be remembered as a winner,” he said.

The next step will be to find a good fit professionally.

Gillespie certainly has the shooting ability to make it in the NBA. He’s also a good decision maker and a scrappy defender, which could be a good fit for a team looking for a solid back-up point guard.

Gillespie doesn’t have a wow factor physically, in size or athleticism, which may drop him to the second round of the NBA draft — if he’s drafted at all.

But that’s also what was said about Gillespie when he arrived at Villanova. He’s proved everyone wrong, so don’t be surprised if he doesn’t do it again.

STRENGTHS: Excellent shooter off the dribble and can post up smaller defenders. Heady player with a good basketball IQ and a high motor. Solid playmaker and a good defender.

Other prospects in the Final Four:

WENDELL MOORE, DUKE. The versatile junior made a huge leap this season after struggling in 2020-21. Moore is athletic, strong, can play point forward and loves taking on difficult defensive assignments.

OCHAI AGBAJI, KANSAS. The Jayhawks’ point guard has elite athleticism, is a strong finisher at the rim and a solid shooter from the perimeter — all the things NBA teams are looking for.

ARMANDO BACOT, NORTH CAROLINA. The Tar Heels’ big man worked in the offseason on his shooting to become a better NBA prospect and has become a determined rebounder. A strong rim protector and has solid post moves.