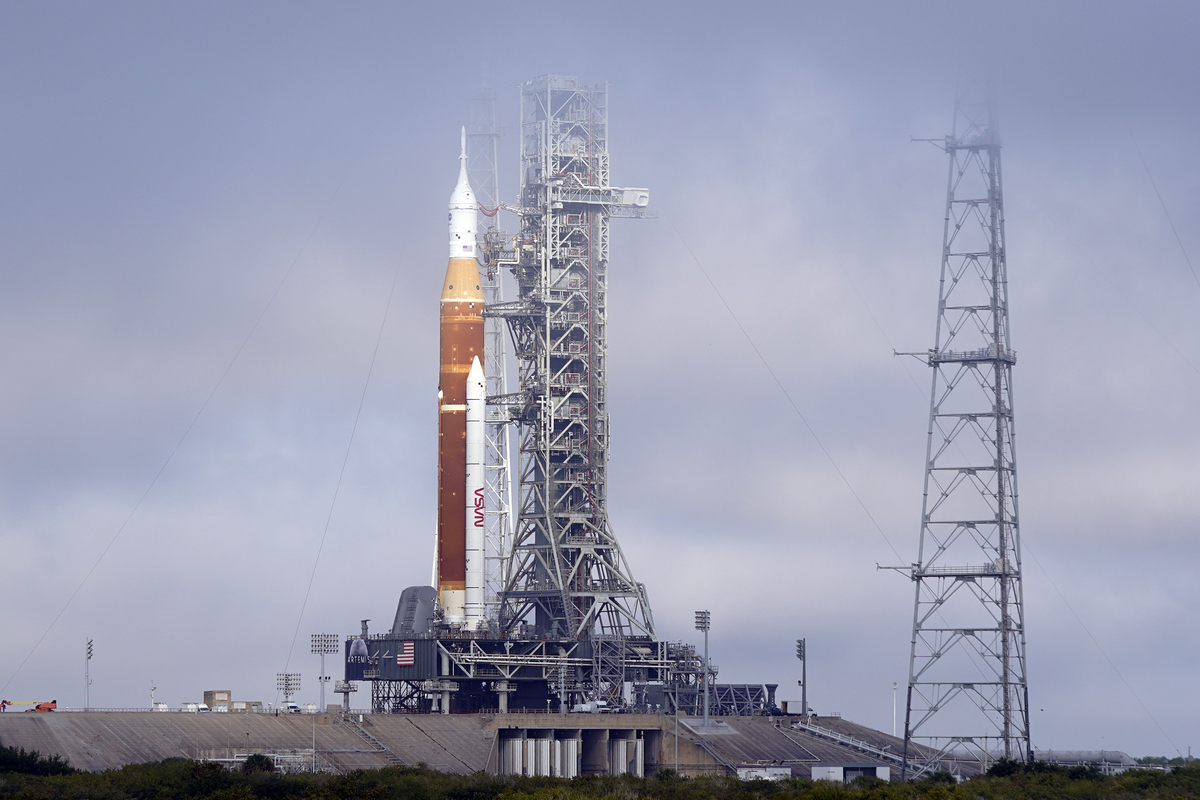 ORLANDO, Fla. — NASA began its three-day wet dress rehearsal on the launch pad at Kennedy Space Center today for the Artemis I mission to the moon.

The test began at 5 p.m. with what NASA refered to as its “call to stations,” in which teams arrived to KSC nearly 46 hours ahead of what would normally be the target liftoff. The wet dress rehearsal will aim to bring the countdown clock nearly to 0, but won’t ignite the massive engines.

“This is our last design verification prior to our launch at a design level,” Tom Whitmeyer, NASA’s deputy associate administrator for common exploration systems development. “It is a test so I have to kind of note that we could learn something during the test and we’ll take the data and we’ll address the data as we get it.”

The test is also the first time the entire Space Launch System, Orion capsule and Exploration Ground Systems teams have all been connected for integrated testing. The major focus of the test will be Sunday’s filling and draining of the core stage with 730,000 gallons of super-cooled liquid hydrogen and liquid oxygen.

“It’s like watching a ballet, you know you’ve got pressure, volume and temperature and you’re really kind of working all those parameters to have a successful tanking operations,” Whitmeyer said.

Space Launch Delta 45′s weather squadron predicts favorable weather for Sunday. Test requirements have limits for lightning chances and high winds, both of which are predicted to be low on Sunday.

NASA plans to update results from the test on Monday, but will need to roll back the rocket to the Vehicle Assembly Building 8 or 9 days after the test for more inspections and post-test analysis.

Officials said that if all went well that the agency could potentially update the following Monday, April 11, with possible target launch dates for the first crew-capable launch to the moon in more than 50 years.

“We’ll come back and talk to you Monday, and I think will be much better position to give you some good information about what the path looks for and at that point,” Whitmeyer said.

Artemis I is an uncrewed flight that will send Orion farther into space than any other human-rated spacecraft has ever traveled — 280,000 miles away, which is 40,000 miles beyond the moon. The SLS rocket will surpass the power of the Saturn V rockets of the Apollo program, producing 8.8 million pounds of thrust at liftoff.

The mission could last either four or six weeks when Orion returns to Earth for a splashdown in the Pacific Ocean near the coast of California.

Originally to have launched in 2016, the SLS and Orion hardware have seen numerous cost and production delays, which have had a domino effect on future Artemis missions.

NASA now plans the crewed Artemis II flight, which will take humans in an orbit around the moon without landing, no earlier than May 2024. The Artemis III mission, which would use a Human Landing System, contracted to SpaceX using a version of its Starship spacecraft, will bring two astronauts, including the first woman, to the lunar surface. That mission is now planned for no earlier than 2025.