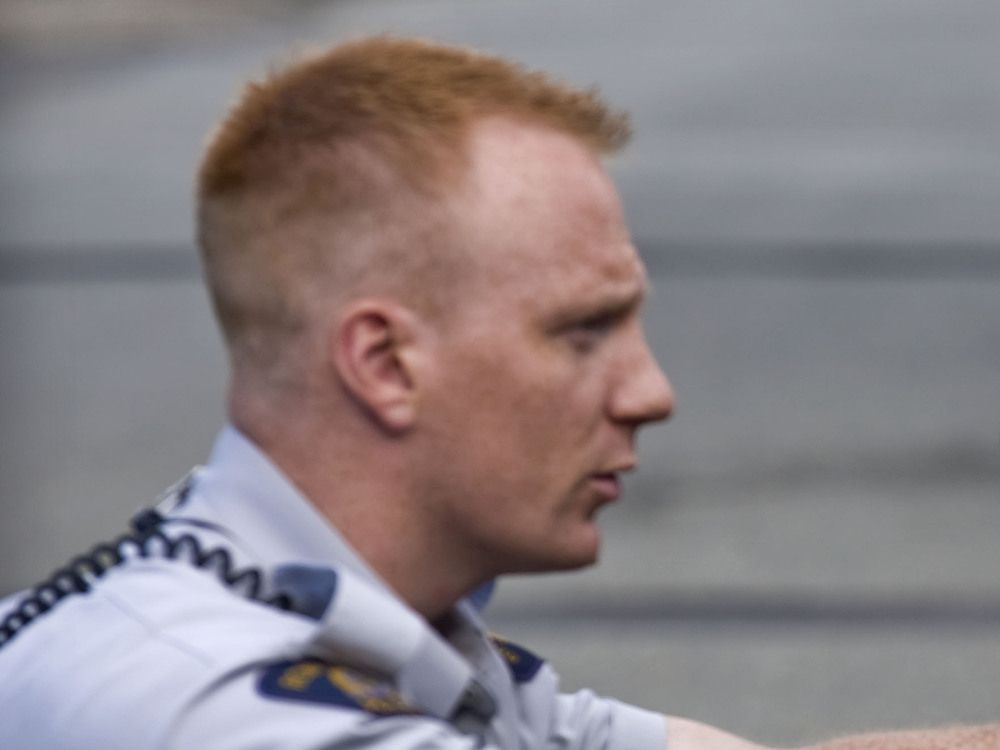 A Nanaimo RCMP officer has been acquitted of assault causing bodily harm after a woman was injured in a police jail hallway in 2018.

According to a provincial court of B.C. ruling issued on Monday, Const. Tim Mason acted reasonably when he struck Emily Golobar following her arrest for being drunk in public.

The incident began on Dec. 8, 2018, when Mason responded to a late-night report of a possible sexual assault.

Court heard that Golobar had been out with friends celebrating her 19th birthday when one of those friends called the police because they were concerned that Golobar was very intoxicated and had gone to a man’s home.

Police arrived at that home and then brought Golobar back to be reunited with her friends.

An argument broke out between Golobar and the friend who had called police and she was unwillingly arrested and taken to the Nanaimo detachment.

Court heard that while Golobar was being escorted to a holding cell she tripped Mason over. Mason then tackled her to the ground where she landed on her back and then punched Mason in the face.

Mason then punched her, causing a cut above her left eye.

Mason testified that after he hit Golobar, she looked down with her hair in a mess and said to him “why did you punch me?”

Mason responded, “you punched me.”

Golobar then said “why you threw me on the ground?”, to which Mason responded, “well you kicked me.”

“In my view, on the specific facts of this case, this was a dynamic, unfolding situation where Ms. Golobar had been belligerent, argumentative and was determined not to co-operate given she was refused an opportunity to phone her mother,” Judge Brian Harvey wrote.

“I also find that this young, albeit fairly small, female complainant was highly motivated not to be held in custody.

“From the booking area of the Nanaimo RCMP detachment en route to cells, I accept Ms. Golobar’s behaviour moved beyond passive and actively resistant to being clearly assaultive.”