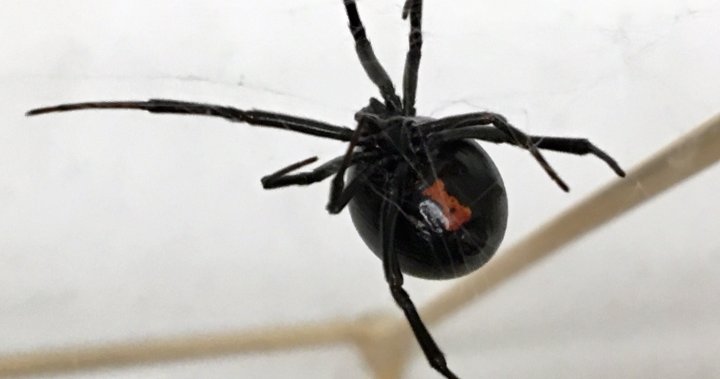 “We need to do what we can to stop villainizing spiders,” Stuart Brown said one day in early May, just as people horrified by the creeping and crawling creatures found in their basements and yards took to social media to post pictures and issue pleas for help.

Brown, who is also known as the Okanagan’s “Bug Guy,” has been a lover of Okanagan creatures of all kinds his whole life, following the lead of both his dad and his granddad, studying and recording all he’s come across in the wild and then sharing with anyone he can on their beauty and uniqueness.

The size of the audience for said lessons ebbs and flows, depending on the time of year. Spring and summer are when people become most curious, likely because this is the time when spiders that have been hibernating in bark, leaf litter or, less ideally, the nooks and crannies of basements and crawl spaces start to emerge.

“Spiders are coming out of hibernation now,” he said. “Their prey (bugs of varying kinds) is coming out and they’re starting to establish themselves for the summer.”

As they emerge from nooks and crannies, human hackles go up.

That’s something he hopes to change, perhaps with a little more information about what it is people are seeing.

“They’re not out to get you, they are just doing their thing. There’s no point of them using venom on us, they know they can’t eat us,” he said, adding that the idea that humans wolf down dozens of spiders a year is pure “hokum.”

“Spiders are just creepy-looking and unrecognized. It’s easy to love a puppy … but spiders don’t have a cute face and it’s not easily recognized, uncomfortable.”

Orb weavers are the spiders with the big abdomens and are commonly seen in gardens, Brown said.

“They’re the ones from Charlotte’s Web,” he said. “Charlotte was an orb weaver.”

This family of spiders is a very large one and includes more than 2,800 species in more than 160 genera worldwide.

Brown said the Goldenrod Crab spiders blend into flowers, like daisies or goldenrods, and then when an insect gets near, they lurch into action.

Wolf spiders are hard to miss but interestingly, they don’t make a nest or web, Brown explained. Rather, they capitalize on particularly keen eyesight and impressive speed and actively hunt.

Once wolf spiders catch their prey, they either mash it up into a ball or inject venom into it, liquefying the internal organs.

They can live just about anywhere, but they like being outdoors.

1:44
Why spiders are seeking refuge in people’s homes in Australia

Why spiders are seeking refuge in people’s homes in Australia – Mar 24, 2021

These eight-legged beauties are common throughout the Okanagan, though their numbers tend to thin out the farther north a person goes.

“They are an arid species and like southern-facing hillsides and rocky environments,” Brown said.

“But they are very shy. They have no interest in interacting with humans, they make large and messy webs and, more often than not, you will see the web but not the spider.”

Brown added that they are the most venomous species of spider in B.C. but few people will suffer from a black widow bite.

“Their venom is 15 times more potent than the local rattlesnake, but they only administer 1/100th of the dose. “

Brown explained that the black widow’s venom does contain a neurotoxin that is painful and can be harmful to the very old or the very young. Symptoms can be flu-like and include cramping.

Anybody who is bitten should get medical attention.

The best news, however, is that they don’t tend to want to be indoors and they’d prefer to avoid humans altogether.

This is one of the spiders that strike fear into the hearts of even those who don’t have a speck of arachnophobia, due to the sheer bulkiness of their limbs.

“They are primitive spiders, they predate tarantulas,” Brown said.

“They’re also called a purse web spider, and they have forward-facing hooked fangs that move like tarantula fangs do.… They hook forward almost like snake fangs and they pull forward (the) body.… Meanwhile, modern spiders have fangs more like pincers.”

Perhaps because of their less-than-moden fangs, they’re not harmful to humans either.

“They are small and reclusive,” he said. “Most of these purse web spiders are living underground and they’re getting unearthed as people are gardening. That’s another reason why people are encountering these spiders a lot.”

Brown’s mostly cheerful tone gets a bit stern when this spider that shares his name is brought up.

“We do not have them in the Okanagan,” he said.

“It is a southern U.S. species. On a rare occasion they may come up in a bunch of bananas but they can’t survive here and the chances of being bitten by one is extremely rare.”

Like the wolf spider, it’s brown, leggy and fast. It’s just more likely to cause harm.

But, luckily, it’s not here to do so.

If you’re afraid of spiders or snakes, this new study may help explain why

Regardless, if you’re the type of person who thinks they’re getting a lot of spider bites, Brown said think again.

“The number of spider bites that are actually spider bits is extremely small,” he said. “If you have them crawling on you, then you have an infestation.”