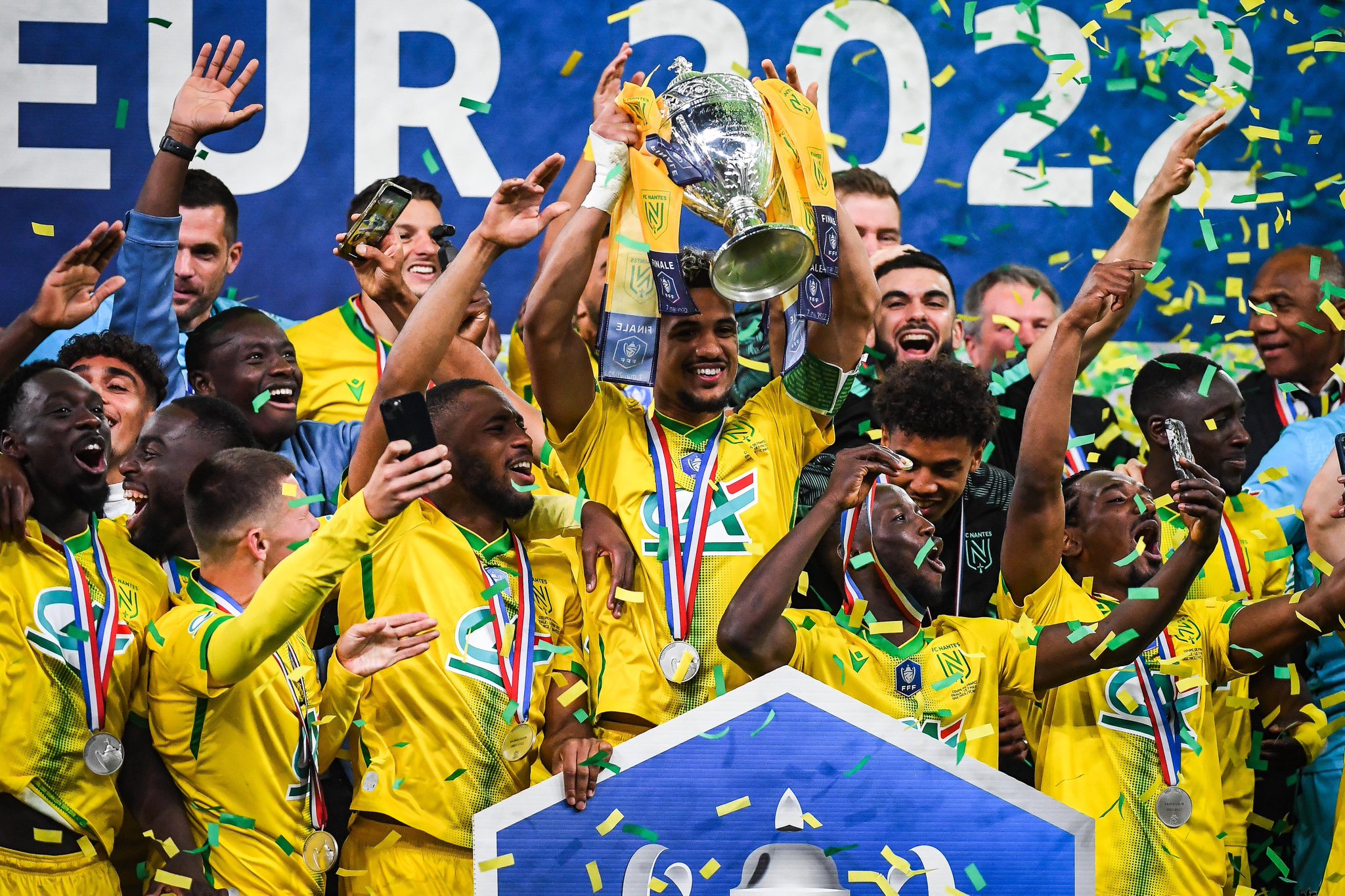 Moses Simon was in action for Nantes who overcame OGC Nice 1-0 to lift the French Cup for the first time in 22 years at the Stade de France.

Simon who was voted Nantes player of the month for April played for 73 minutes before he was substituted out.

After Hicham Boudaoui handballed in the box, Ludovic Blas scored the game’s sole goal from the penalty spot two minutes into the second half.

It is Nantes’ fourth French Cup victory and their first major prize since winning Ligue 1 in 2001.

It also means a return to the Europa League for the first time in 20 years next season.

Antoine Kombouare’s side had to win a relegation play-off to stay in the French top tier last season, so this is a stunning change of events.

The encounter on Saturday was the first French Cup final without Paris St-Germain, who Nice defeated on penalties in the last 16 in January.