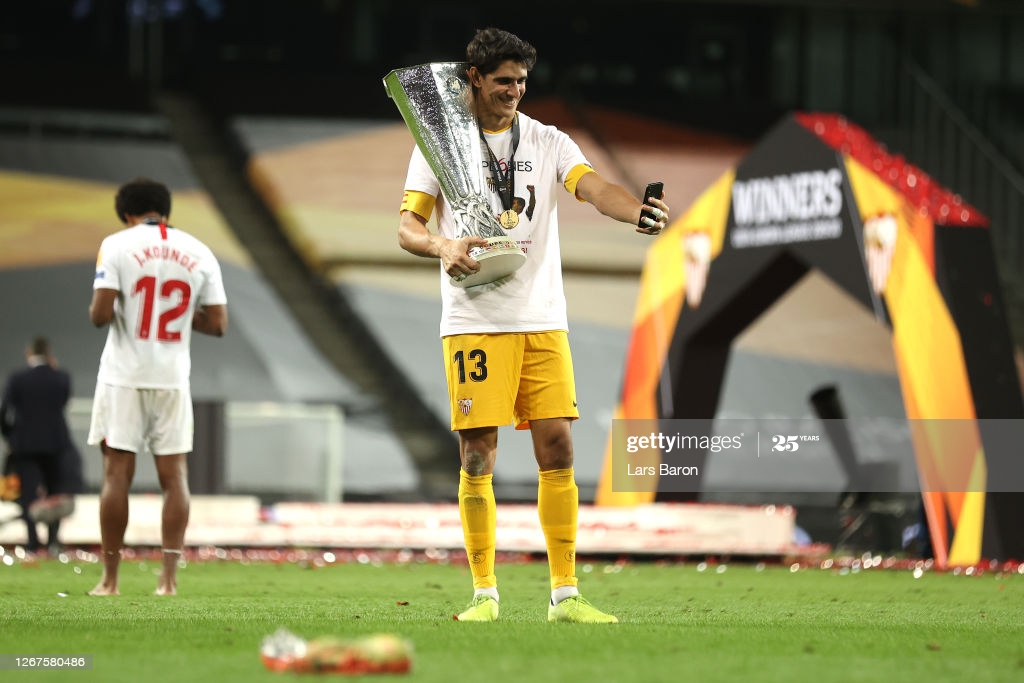 Moroccan goalkeeper Yassine Bounou has received a timely consolation after the Atlas Lions’ exit from the Africa Cup of Nations following Sunday’s 2-1 loss to Egypt.

A statement from LaLiga Southern Africa says the Moroccan keeper shrugged off competition from compatriot and Sevilla teammate Youssef En-Nesyri and Villareal’s Nigerian striker Samuel Chukwueze to claim the award which is voted for by fans.

Chukwueze was the runner up for the award followed by En-Nesyri on third place.

The Moroccan has since thanked the fans who vote for their preferred players via LaLiga’s social media platforms.

“I want to thank you very much for this award. For me it is a great pride to represent African football in the Spanish LaLiga and hopefully we can continue to succeed and open the door for other talents that in the future will surely succeed in LaLiga.” Bounou is quoted saying.

Bounou signed for Sevilla from Girona in the 2019/2020 season and helped the Spanish side to win the Europa League title.

The goalkeeper has featured 20 times for the second-placed Sevilla in LaLiga, UEFA Champions League and conceded 13 goals.

Commenting on the award, Marcos Pelegrin, LaLiga Southern Africa Managing Director, said they were excited with the growth of LaLiga brand in Africa.

“Bounou is a popular first winner of the award, with Moroccan fans in particular showing their huge appreciation for the fantastic season he has been having at Sevilla. We are very excited to see the growth of LaLiga on the African continent and by the reaction to fans to this fan-driven award, as we continue to look to innovatively grow the LaLiga brand on the African continent,” he said.

He said the new award seeks to motivate and recognize outstanding African footballers in La Liga.