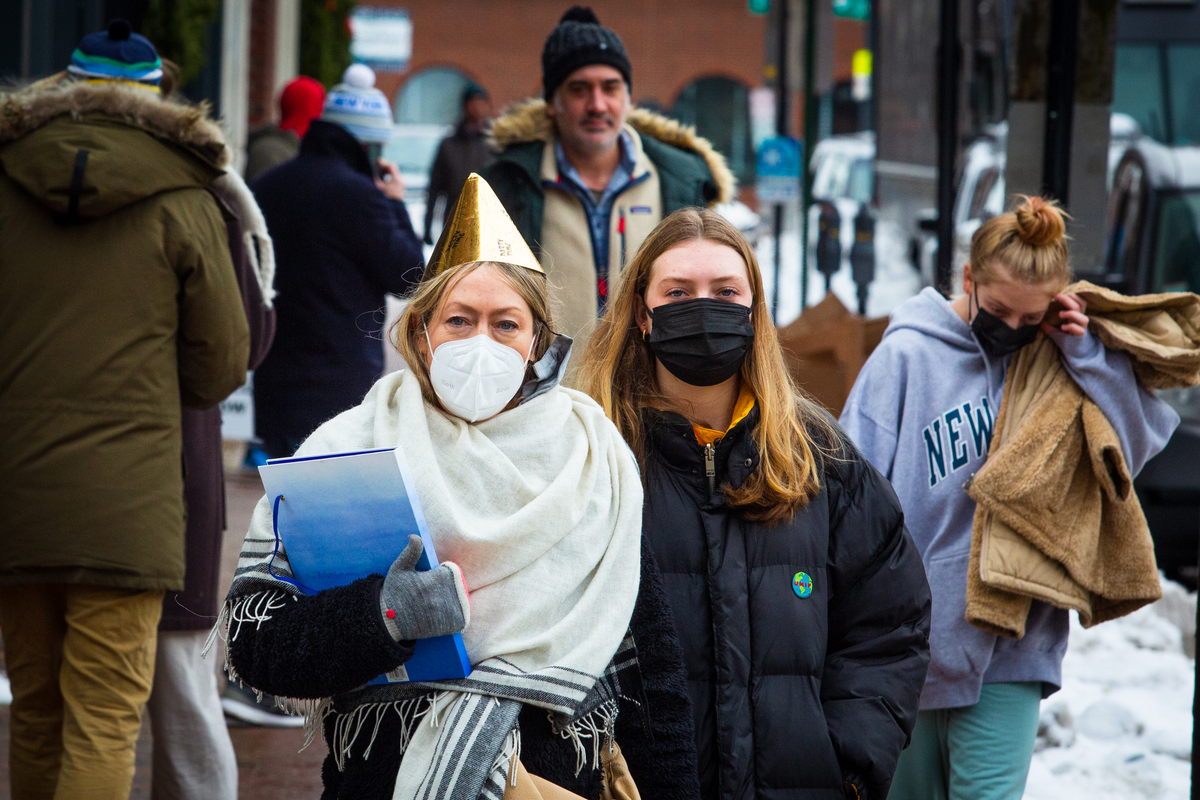 It marks a reverse in a trend seen here since the summer, when cases among younger Mainers and largely unvaccinated kids fueled a surge in positive cases.

The biggest jump was in Mainers in their 60s, among whom there were 1,183 cases between Jan. 1 and 7, up from 334 over the same period in December, Maine Center for Disease Control and Prevention data show.

Infections are up across all age groups except Mainers under age 20 the first seven days of January, compared with the same period in December. In the under-20 group, there have been 876 cases, down from 2,181 over the same timeframe last month.

As a percentage of cases over the seven-day period, Mainers under age 20 accounted for only 13 percent of cases, compared with nearly 46 percent during the same period in December. Meanwhile, the percentage of cases among 60-something Mainers jumped nearly 11 points to 17.8 percent.

The oldest Mainers continue to make up just a fraction of reported cases overall, with those 80 or older accounting for only 5.3 percent of cases so far this month. That’s still up from just 2.4 percent of cases between Dec. 1 and 7.

Overall, cases were up significantly the first seven days of this month, when 6,642 were reported. That’s compared with 4,784 the same time in December.

It is possible efforts to get Maine kids vaccinated have contributed to the fall in infections. Maine is vaccinating kids at a higher rate than most other U.S. states, though that has plateaued in recent weeks. This shift also comes as Maine braces for a surge in infections from the contagious omicron variant that is ravaging other states.

Researchers have found that vaccines still provide protection from the new variant, cutting the risk of hospitalization by 60 for older adults and 70 percent across all age groups. But vaccines provide only about 30 percent protection from breakthrough cases, although omicron has proven to be more mild than previous variants, according to NPR.

That protection can be boosted significantly with a third jab, giving the vaccinated a 70 percent to 75 percent chance of fending off an omicron infection, NPR reported. The U.S. Food and Drug Administration on Monday expanded eligibility for COVID-19 boosters for all Americans over age 12.