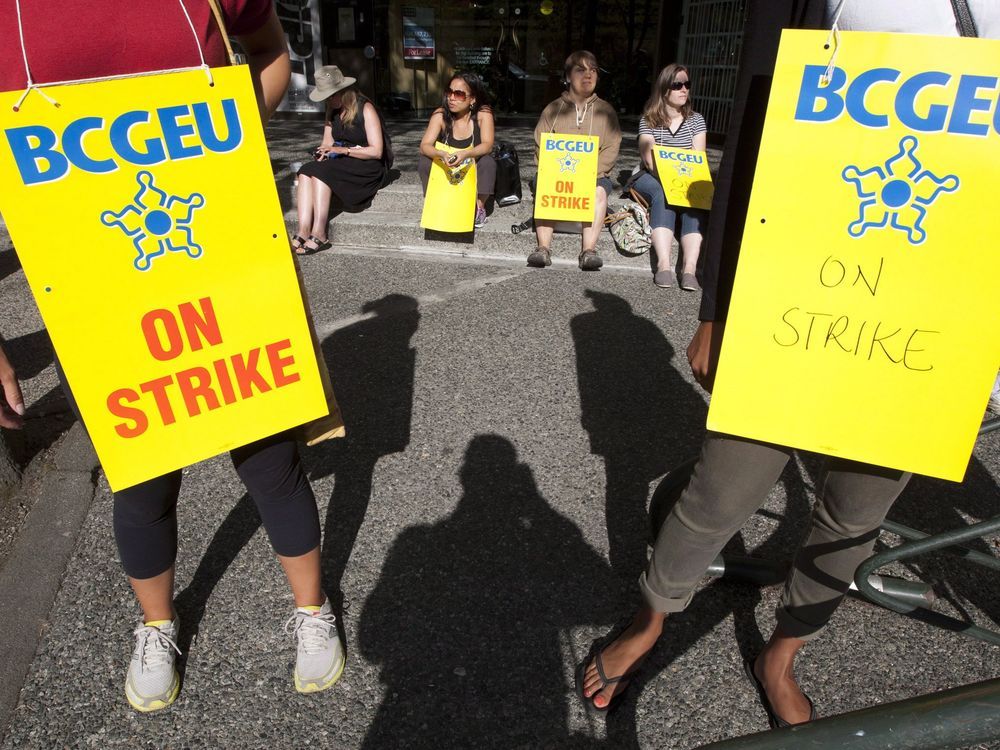 “We are prepared to take strike action if necessary,” said Melissa Moroz, a labour relations officer with the PEA. “We’ll be doing that in co-ordination with the BCGEU.” Moroz did not provide details of what the legal strike could look like.

The union started bargaining with the Public Service Agency on April 11 and reached an impasse on May 16, the union said, when the wage increases offered by the government failed to address the rising cost of living. Union members voted 92 per cent in favour of a strike in June.

The union is asking for a five per cent wage hike in each of the three years, or cost of living adjustments, whatever is greater, Moroz said.

“People don’t join a union to go backwards” relative to cost of living, she said. Moroz said the professional employees rebuild bridges and roads, monitor B.C.’s forests and agriculture, and provide care to vulnerable youth. Under the Labour Relations Code, essential workers will not go on strike, she said.

“The BCGEU is leading the way with putting up pickets at the liquor distribution plants,” Moroz said. “We will be adding to that momentum and that escalation of job action.”

The BCGEU, which represents 33,000 provincial government workers, is in its third day of targeted job action with 950 liquor distribution and wholesale workers on strike. That means no liquor or cannabis products are being distributed to B.C. businesses which has worried the hospitality industry.

The union’s negotiating team rejected the Public Service Agency’s most recent offer of a 10.99 per cent pay hike over three years plus a one per cent cost of living adjustment. Employees would also get a $2,500 singing bonus.

The finance ministry said the cost of living adjustment “will vary somewhat across the public sector depending on the average hourly wage of each bargaining unit because the mandate is designed to provide an extra lift to the lowest paid workers who are hardest hit during periods of high inflation.”

The union wants wages tied to inflation which it says is the deal offered to MLAs.

Almost all of the 400,000 unionized workers in the provincial public sector have contracts that expire this year.

The Finance Ministry did not give specifics as to what the 10.99 per cent wage hike offered to the BCGEU would cost taxpayers.