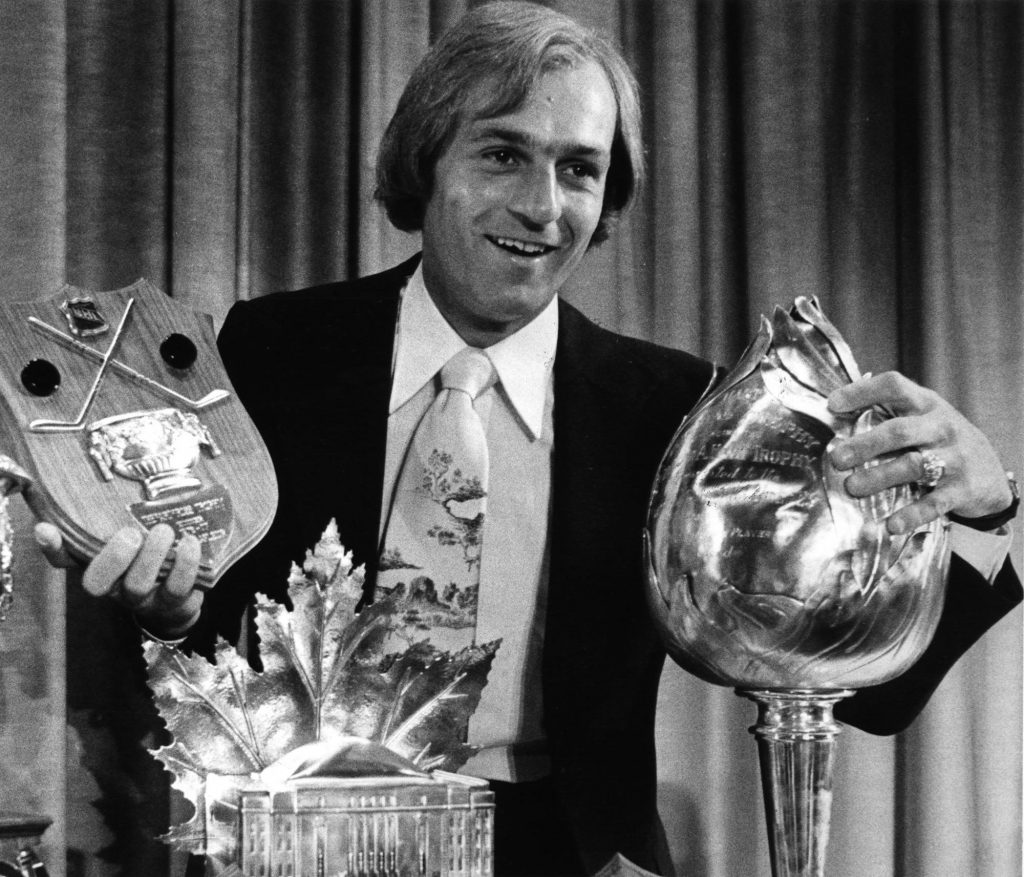 Montreal Canadiens great Guy Lafleur has died at the age of 70.

“Guy I love you, you are done suffering we will miss you greatly,” she wrote.

The exact cause of death was not immediately known, however, Lafleur had been battling a recurrence of lung cancer since October 2020.

Following a spectacular junior hockey career with the Quebec Jr. Aces and Quebec Remparts, the Quebec-born Lafeur was drafted first overall by the Montreal Canadiens in 1971, stepping into the void created by the retirement of the legendary Jean Beliveau. Nicknamed “The Flower” – the English translation of his name – Lafleur led the Habs to five Stanley Cup titles including four in a row from 1976 to 1979. He was a two-time Hart Trophy winner in the late 70s as the NHL’s most valuable player and won the scoring title three times during the Canadiens’ dynasty years. He was the first player in NHL history to score 50 goals in six consecutive seasons.

Lafleur played 14 seasons for the Canadiens and retired as their all-time leading scorer with 1,246 points in 1985.

After he was inducted into the Hockey Hall of Fame in 1988, Lafleur returned to play three more seasons with the New York Rangers and Quebec Nordiques in the late 1980s and early 1990s, becoming only the second player in NHL history to return to play after being inducted into the Hall. He called it a career for a second and final time following the 1991 season.

“I’m retiring because I want to retire,” Lafleur said at the time. “I’m ready. I’ll always regret that I can’t keep the great days with me forever, that I can’t go on forever scoring 50 goals a season, that my feet do not forever have wings, that my muscles never get tired. You hear the cheers and a light shines so brightly that it can blind you forever. But also, so brightly that it can light you the rest of your days.”

As part of the NHL’s centennial celebration in 2017, Lafleur was named one of the 100 greatest players in league history and his iconic number 10 is one of 14 jerseys that have been retired by the Canadiens.

For all the historic stats, they come up short when attempting to capture Lafleur’s specific magic.

“He’s not the easiest player to play with because he’s all over the ice,” Steve Shutt, a fellow Canadiens great, once said. “He doesn’t know what he’s going to do, so how can I know?”

Lafleur was a Jackson Pollock painting on ice, a frenetic innovator who pushed the boundaries of his art beyond what had ever been conceived, a singularly dynamic force that turned an everyday sight as simple as a man on skates with a puck on his stick into a masterpiece — something you had seen before, perhaps, but never quite like that.

Most nights, his spectacle alone was worth the price of admission.

“Besides his enormous ability and great desire, Guy had extraordinary charisma,” Scotty Bowman, the Canadiens coach during the 1970s dynasty, said. “He had the ability to bring spectators to the rink and then show them something unusual.”

Guy Lafleur, or “The Flower,” was unlike anyone else on the ice. His speed, skill, and scoring were hard to believe. A record-setter and a five-time Stanley Cup champion, he inspired countless Quebecers, Canadians, and hockey fans around the world. We’ll miss you, Number 10.

His creativity at times bordered on controlled chaos, and made him a target of opposing teams whenever he laced up his skates. He was battered, clutched and grabbed, hooked and slashed, and none of it ever appeared to matter.

Lafleur wasn’t one to retaliate. He just won.

“He is constantly being hammered and fouled,” Larry Robinson, the former Canadiens defenceman, said. “But he never lets it bother him, he never tries to retaliate and just keeps on going. It’s as if he’s saying, ‘You want to foul me? Well, that’s your problem, not mine.’”

Lafleur had been receiving treatment for cancer since September of 2019, when a cancerous white spot was found on his lung by chance while he was undergoing quadruple bypass heart surgery. Two months later, he underwent another surgery to remove both the upper lobe of his lung and lymph nodes. The cancer returned in October 2020, spurring Lafleur to resume his treatment again.