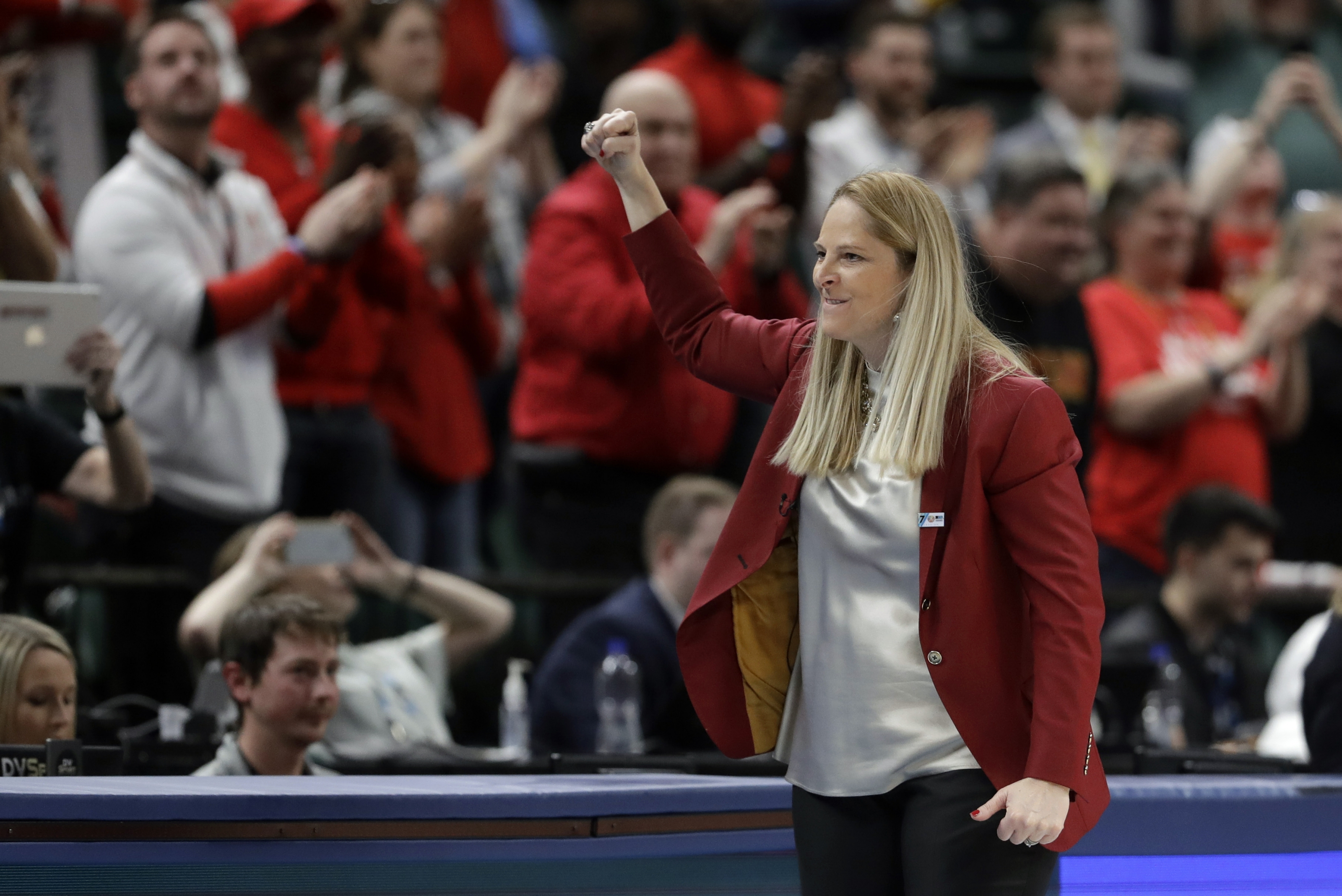 The Nittany Lions hadn’t played since Dec. 18 because of a COVID-19 pause, losing their final nonconference game to a cancellation and two Big Ten games to postponements. They were also without forward Ali Brigham, their second-leading scorer — a considerable disadvantage against the lengthy Terps.

Maryland scored the first six points and was never seriously hassled from there. Miller scored six consecutive points late in the first quarter to push the lead to 22-7, and Owusu’s 3-pointer in the closing seconds of the half gave the Terps a 53-28 advantage at the break.

Maryland smothered the Nittany Lions, forcing 20 takeaways and holding a 26-6 edge in points off turnovers.

Angel Reese had 15 points and 14 rebounds to record her fourth consecutive double-double and eighth of the season for the Terps, who were playing at home for the first time since Dec. 8.

Penn State: The Nittany Lions have lost their three games against ranked opponents by an average of 30.7 points, so they’re still far from contending with the best teams in the Big Ten. Still, the Terps were not an ideal opponent to contend with coming out of a hiatus of nearly three weeks.

Maryland: The Terps continued their dominance of Penn State, improving to 11-0 against the Nittany Lions since entering the Big Ten in 2014-15. Thursday’s blowout fit well into the series history; all but two of Maryland’s triumphs in that span over Penn State have come by more than 12 points.

Maryland visits Minnesota on Sunday for the teams’ only regular-season meeting.