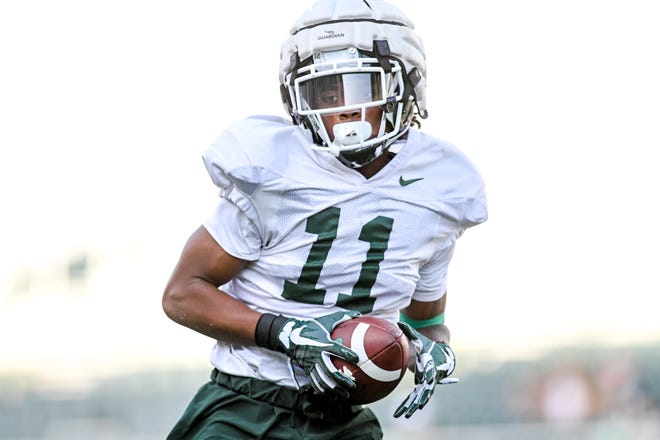 [ ‘They like the culture:’ What Michigan State football recruits saw at spring ‘game’ ]

Booth followed only days after the conclusion of spring practice, as he remained buried on a depth chart that includes each of the starting cornerbacks from last season as well as promising transfer Ameer Speed.

Booth is the second MSU player to enter the portal in as many days after Donovan Eaglin went in Monday. Eaglin began the process of leaving the program hours after linebacker Ben VanSumeren withdrew his name from the transfer marketplace.